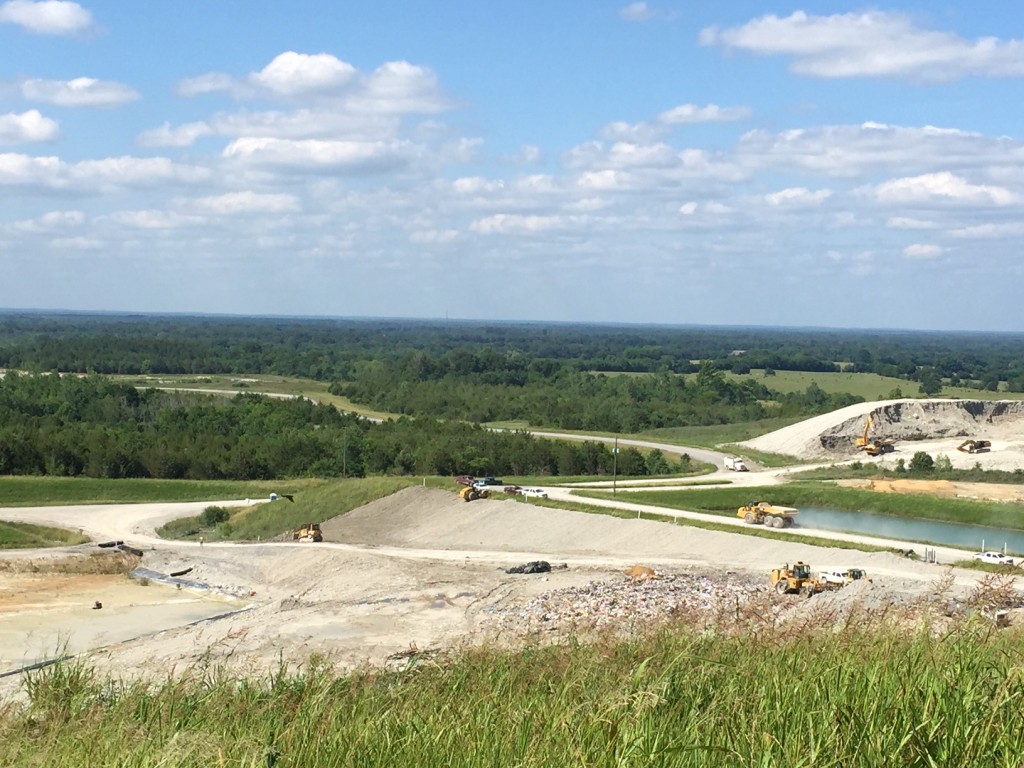 Uniontown is a community of 1,880 people, located in Perry County, Alabama, and was originally named Woodville, after the first family to settle there in 1818. In the winter of 2008, a malfunction at the Tennessee Kingston Fossil Plant in Kingston, Roane County, Tennessee led to the pollution of the local environment with the release of over a billion gallons of deadly coal ash into the atmosphere.

Four years later in 2012 the Tennessee Valley Authority, with the approval of the Alabama Department of Environmental Management, transferred four million tons of coal ash from the initial site of exposure to the Arrowhead landfill which is on the edge of Uniontown, a mostly Black and low-income community. Local residents had no role in the decision to dump the coal ash there. With that dumping, by the end of 2012, the Arrowhead landfill was one of the largest landfills in the state and its most deadly site. Reports of cancers, asthma, and other respiratory illnesses rose dramatically among the citizens of Uniontown after the coal ash transfer, but especially among those living near the landfill.

Coal ash is a by-product of coal-fired power plants and contains harmful substances such as lead, mercury, and arsenic and is one of the most common types of industrial waste generated by the United States. While short-term exposure of coal ash causes mild illness, long-term exposures can cause a plethora of severe diseases, such as brain, lung cancer, leukemia, and asthma.

As the local outcry over the dumping of the coal ash at Uniontown intensified, the Perry County Commissioners dismissed these complaints. With roughly 90% of the Uniontown population being African American and forty percent living below the poverty line, the residents simply did not have the political influence to counter the Commissioners’ dismissal of their complaints.

As time progressed, the Arrowhead landfill became home to the waste of communities from thirty-three other states. Additionally, the outdated sewage system and waste from a local catfish processing plant increased the environmental degradation of Uniontown.

Environmental laws such as the Clean Air Act, the Clean Water Act, and the Toxic Substances Control Act were passed to protect local communities like Uniontown and their environments but the benefits of these laws have not been seen by these communities.

Inconsistent enforcement of these laws along the lines of race and wealth serve as further justification for the environmental justice movement.

Race and income in the United States play a significant role in determining how the environment of a specific community is managed and Uniontown is one of several predominantly Black cities that are suffering the consequences of this flawed, insensitive decision making. Nonetheless the citizens of Uniontown continue to amplify their voices to bring awareness to what their community is experiencing.

Isabel Hope, “Uniontown is polluted with coal ash. Here’s how some UA students are helping”, The Crimson White, March 2021, https://cw.ua.edu/80979/news/uniontown-is-polluted-with-coal-ash-heres-how-some-ua-students-are-helping/; Wei Tchou, “Trash From All Over the Country Winds Up in Uniontown,” The Magazine of the Sierra Club, February 2021. https://www.sierraclub.org/sierra/2021-2-march-april/feature/trash-all-over-country-winds-uniontown; Marianne Engelman-Lado, et al., “Environmental Injustice in Uniontown, Alabama, Decades after the Civil Rights Act of 1964: It’s Time For Action,” American Bar Association, May 2021, https://www.americanbar.org/groups/crsj/publications/human_rights_magazine_home/vol–44–no-2–housing/environmental-injustice-in-uniontown–alabama–decades-after-the/; James P. Kaetz, “Uniontown,” Encyclopedia of Alabama, http://encyclopediaofalabama.org/article/h-3139.