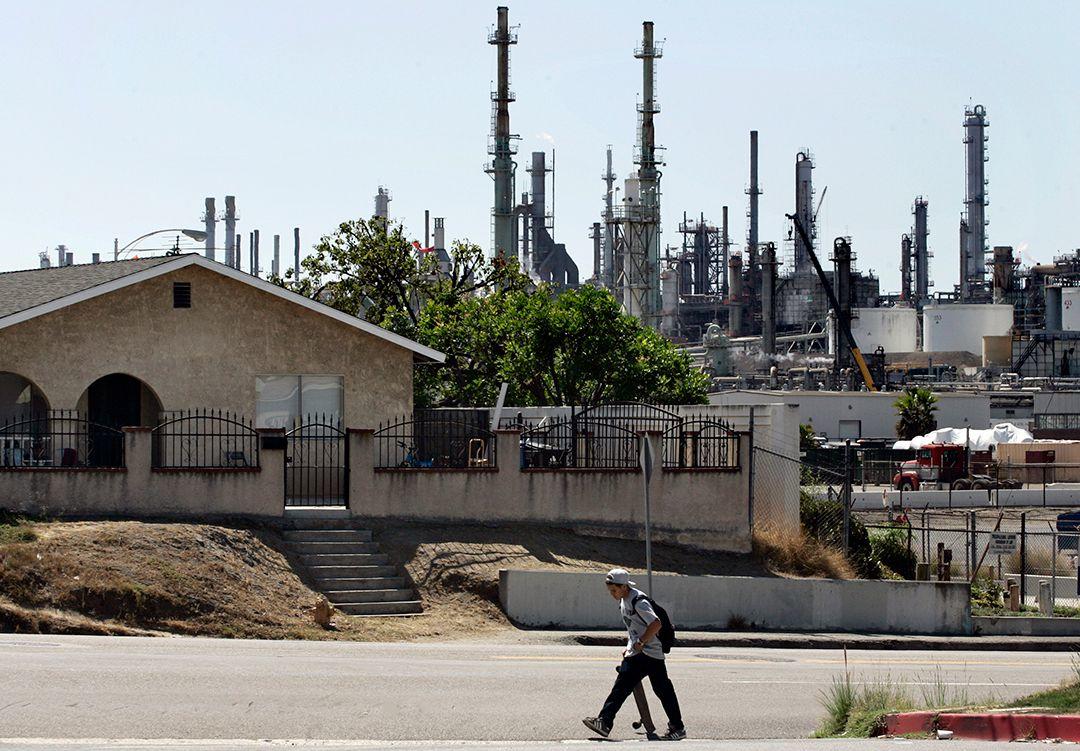 With a population of nearly 4 million people, Los Angeles, California is the second-largest city in the United States. About 48.6% of the population in the city identifies as Latino and 9% as African American. Los Angeles also has some of the most polluted air in the country, consistently failing to meet federal standards for air quality.

There is a long history of the relationship between the city’s toxic facilities and his Black and brown populations. In 1922, a lead-acid battery recycling plant was built in Vernon, California, about six miles southeast of downtown Los Angeles. The neighboring areas were densely populated and inhabited by Black and Latino working class populations. This facility crushed, washed, and processed up to 40,000 lead-acid automobile batteries each day for nearly seven decades before Mothers of East Los Angeles-Santa Isabel organized in 1986 to stop the construction of a state prison, also identified the battery smelting complex (now owned by Exide Technologies) as a threat to the health and well-being of the local population.

Other pollution-producing industries eventually located in a corridor stretching from East Los Angeles 25 miles south to the San Pedro harbor, officially the Port of Los Angeles. Although there are hundreds of industries and individual factories that contribute to the problem, the greatest polluters are the numerous oil refineries in the area. In fact, metropolitan Los Angeles and Houston, Texas each have 10 oil refineries. As in Houston, they emit thousands of tons of pollution into the atmosphere. Also, as in Houston, Black and Latino communities including most famously, Watts, sit in proximity to these refineries.

This pollution concentrated near Black and brown neighborhoods had a disproportionate impact of the health of community residents prior to 2020, but the COVID-19 pandemic made conditions worse. In Los Angeles, coronavirus outbreaks have been more common in South Central and Southeast Los Angeles. UCLA researchers discovered that neighborhoods with the greatest pollution levels in Los Angeles such as South Central and East L.A. witnessed a COVID-19 mortality rate 60% higher than the city as a whole. Although smog is no longer as significant a problem as in the 1960s and 1970s, pollutants such as nitrogen dioxide from petrochemical facilities including oil refineries, continue to contribute to smog formation.

Environmental Justice organizations such as East Yard Communities For Environmental Justice (EYCEJ), founded in 2001, and Mothers of East Los Angeles-Santa Isabel (MELA) have been working to combat the environmental inequities faced by Black and Latino communities. In 2011, MELA received $1 million from the State of California to improve air quality in seven schools located in East Los Angeles. MELA’s conservation efforts include health education campaigns, scholarship, and collective awareness about environmental injustice through mass rallies and community meetings. Currently, EYCEJ is attempting to halt the construction of the Southern California International Gateway (SCIG). This Burlington Northern Santa Fe (BNSF) Rail Yard facility located four miles north of the Los Angeles harbor at San Pedro. Its supporters claim the project would reduce traffic congestion and air pollution in the area. Opponents including EYCEJ fear the opposite. EYCEJ has won numerous lawsuits that have delayed the project, but both the City of Los Angeles and the Port of Los Angeles remain committed to the project.