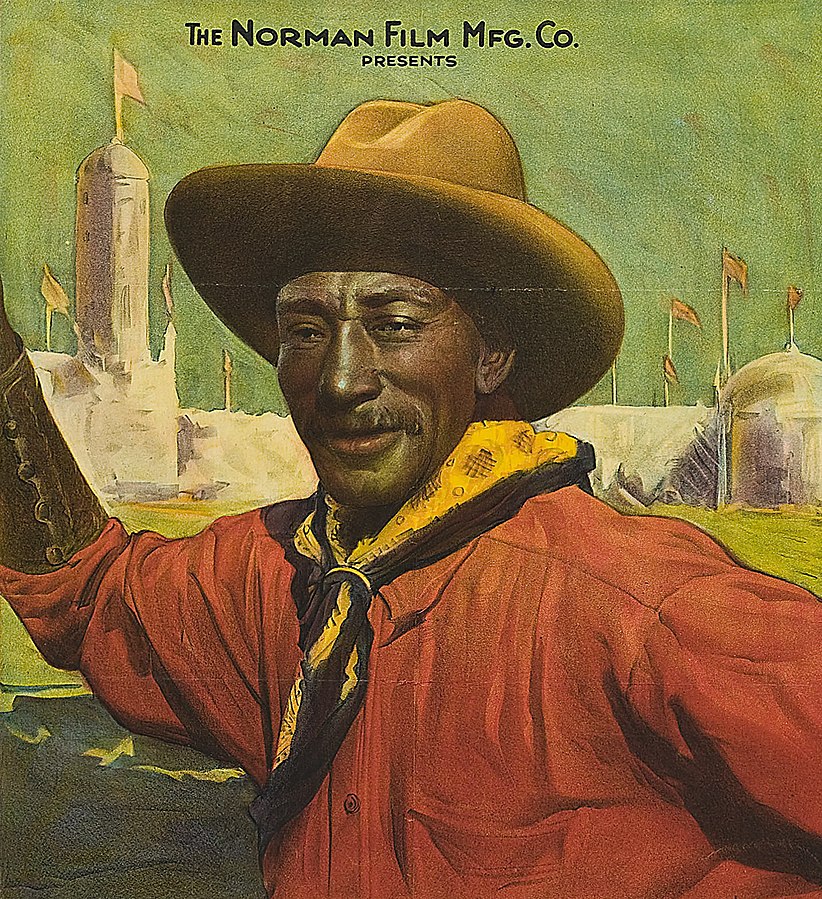 Bill Pickett, “the Dusky Demon,” was of Indian/Black descent, Texas-born and seemingly destined for the saddle. At birth, he was just another cowboy. By the time of his death, Pickett was the most famous black cowboy entertainer in American history. The slightly-built man transformed himself from a homely ranch-lad into a performer who appeared in silent movies and in staged productions throughout the United Sates and England as a trick-roper, bull-rider and steer “rassler” with the Miller Brothers 101 Ranch and Wild West Show from Ponca City, Oklahoma. Along the way, he created the sport of steer wrestling or bulldogging (see accompanying image), and set a standard for theatrical savvy and skill in the saddle that applies even to this day.

Not surprisingly, he was a friend and confidant of Tom Mix, arguably the most popular cowboy movie star of his times. Comedian, radio and movie star, and trick-roper Will Rogers appeared with Pickett on many occasions and counted the black cowboy among his closest friends.

Bill Pickett never seemed to tire of his theatrical adventures in the saddle, appearing at literally hundreds of small and large rodeo events throughout the East and West. It is an interesting commentary on the times, however, that Madison Square Garden banned his appearances.  Pickett’s widely popular performances imbedded the image of the Black Cowboy in this nation’s mass-media culture, one which exists until this time.

Pickett was the first black man to be inducted into the Cowboy Hall of Fame in Oklahoma City, Oklahoma. His image decorates one of the most famous, and collectible, postage stamps ever issued by the U.S. Postal Service. His image of the indefatigable, skilled, charismatic, crowd-pleasing cowboy set standards which influenced all of his successors and helped mass audiences redefine what black men had accomplished in the real American West.