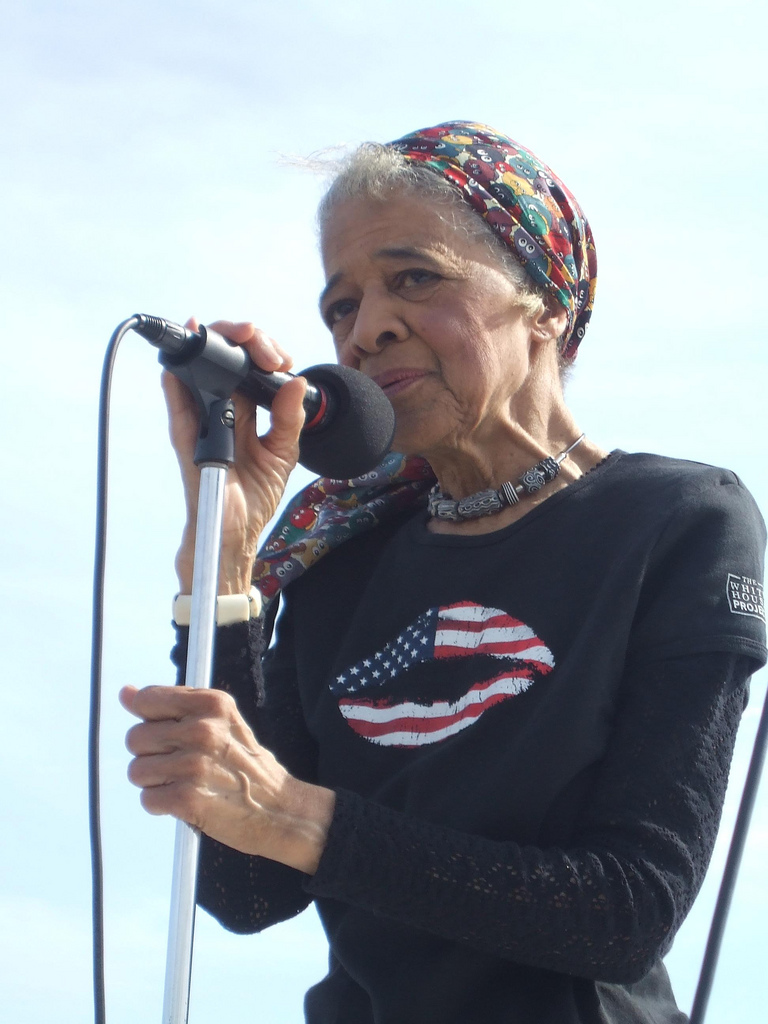 Velvalea “Vel” Phillips was a civil rights pioneer in Wisconsin. She was the first African American and the first woman to serve as an elected official and as a judge in the state. Phillips was born one of three girls to Russell Lowell Rodgers and Thelma Etha Payne Rodgers on February 18, 1924, in Milwaukee, Wisconsin. She attended Garfield Avenue Elementary School, Roosevelt Junior High School, and North Division High School. Phillips wrote an award-winning speech in 1942 for the local Elks Lodge essay competition, entitled “The Negro and the Constitution” that earned a scholarship for her to Howard University. On September 12, 1945, she married W. Dale Phillips, an attorney, and they later became the first husband and wife of any race to be admitted to the Wisconsin bar. The couple had two sons, Dale Jr. and Michael.

Phillips graduated from Howard University in 1946 with a bachelor’s degree. She and her husband returned to Milwaukee. She earned her L.L.B. degree from the University of Wisconsin-Madison Law School in 1951, becoming the first African American woman to graduate from a law school in that state. Two years later, at the age of twenty-nine, she lost a close race in her first bid for political office, a seat on the Milwaukee Common Council. She won the seat in 1956, becoming the first woman of any race to sit on the council.

Vel Phillips fought for civil rights in the 1960s. She introduced Milwaukee’s first open housing ordinance in 1962, but it was not passed until 1968. In 1967, while still a city council member, she was arrested at a rally to protest the firebombing of the Milwaukee office of the National Association for the Advancement of Colored People (NAACP), and one year later, she marched alongside Catholic Father James Groppi for open housing. In 1968, Phillips was elected to the National Democratic Committee.

Phillips won a 1971 judicial race and became both the first woman and first African American to sit as a Milwaukee County judge. When she lost her reelection bid two years later, she took a position as a professor at the University of Wisconsin-Milwaukee where she also served as an adviser to the Black Student Union.

In 1978, Phillips became the first woman and the first person of color elected as Wisconsin’s secretary of state, a post she held until 1982. In 2002, Phillips was appointed as distinguished professor of law at Marquette University School of Law in Wisconsin and received an honorary doctorate from the school in 2007. At the age of eighty, she chaired the successful congressional campaign for U.S. Representative Gwen Moore (Wisconsin). In 2006, she founded the Vel Phillips Foundation, which focuses on supporting the work of people who are engaged in projects of social justice and change.

Phillips supported America’s Black Holocaust Museum, founded by lynching survivor James Cameron in Milwaukee. She was a board member of numerous organizations, including the local NAACP, the Wisconsin Conservatory of Music, and the Haggerty Museum of Art. In August of 2011, the University of Wisconsin-Madison renamed one of its residence halls after Phillips, and in March 2014, the Wisconsin Alumni Association awarded her its Distinguished Alumni Award. Phillips was also member of Delta Sigma Theta Sorority.

Vel Phillips passed away on April 17, 2018, in Mequon, Wisconsin. She was 95. Her husband Dale (1988) and son Dale, Jr. (2005) preceded her in death. She is survived by her son Michael, four grandchildren and six great-grandchildren.