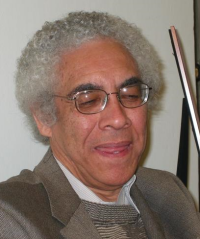 Samuel George Harker Philander is Knox Taylor Professor of Geosciences at Princeton University. Born in Caledon, Republic of South Africa on June 25, 1942, he received his bachelor’s degree from the University of Cape Town in 1962 and his Ph.D. in mathematics from Harvard University in 1970 with a thesis titled “The Equatorial Dynamics of a Homogeneous Ocean.” After completing a year as a fellow at the Massachusetts Institute of Technology he spent six years as a research associate in the Geophysics Fluid Dynamics Program at Princeton University where in 1990 he became a professor in the Department of Geosciences.

Philander has been a visiting professor at the Museum National d’Histoire Naturelle in Paris, a distinguished visiting scientist at the Jet Propulsion Laboratory and the California Institute of Technology, a consultant to the World Meteorological Organization in Switzerland, and a trustee of the University Corporation for Atmospheric Research in Boulder, Colorado.

At Princeton, Philander became chairman of his department in 1994 and presently serves as director of its Atmospheric and Oceanic Sciences Program. He has been a fellow of the American Meteorological Society, the American Geological Union and, in 2003, he was elected to the American Academy of Arts and Sciences. Among his publications are his books El Niño, La Niña, and the Southern Oscillation (San Diego: Academic Press, 1990); Is the Temperature Rising?: The Uncertain Science of Global Warming (Princeton, N.J.: Princeton University Press, 1998); and Our Affair With El Niño: How We Transformed an Enchanting Peruvian Current into a Global Climate Hazard (N.J.: Princeton University Press, 2004).