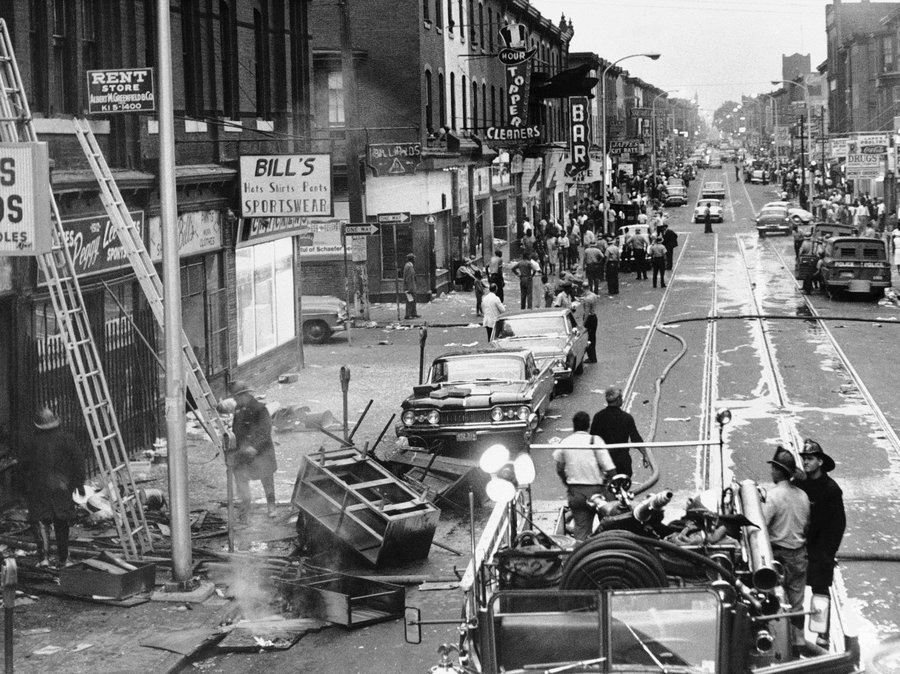 On August 28, 1964, a black couple, Rush and Odessa Bradford, engaged in a domestic dispute while driving through the intersection of 22nd Street and Colombia Avenue in North Philadelphia, Pennsylvania, a predominantly black neighborhood. While this was the event that sparked the uprising, it was certainly not the cause. Black Philadelphia citizens had been victimized by police officers for much longer than the evening of 1964. But on that day, Odessa Bradford had come to an abrupt stop in the intersection, interrupting normal traffic flow.

The couple was approached by black police officer Robert Wells and white police officer John Hoff. Odessa Bradford and police officer Wells began to argue after she allegedly refused to follow his commands. Wells then dragged Bradford out of her vehicle and arrested her.

The police officers were immediately attacked by bystanders who believed they used excessive force against a woman. A rumor quickly spread that a pregnant black woman had been beaten and killed by police officers. Before officers Wells and Hoff could leave the scene, hundreds of people arrived at 22nd Street and Columbia Avenue and began throwing bricks, bottles, and other projectiles at the officers.

Philadelphia Mayor Howard Tate and the city’s Police Commissioner, Howard Leary, initially ordered police officers not to shoot at the people engaged in the uprising nor to interfere with looters. Police were finally allowed to use their firearms after receiving reports that armed men were standing on rooftops. Mayor Tate established a citywide curfew, banned liquor, and ordered heavy patrolling of the rioting area. Community and religious leaders tried to intervene by encouraging the crowd to be peaceful. They paraded Odessa Bradford through the neighborhood to prove she was unharmed and to encourage the Mayor to lift the curfew and address the longstanding problem of police brutality.

Local leaders recognized police brutality as one of the prominent issues facing black Philadelphia and other African American communities.  It accounted for uprisings in numerous cities across the nation in the summer of 1964. As in other cities, police brutality was rampant throughout Philadelphia. Police officers were infamous for planting evidence, beating innocent black people, making random raids and searches, and demanding harsher sentences for African Americans accused of crimes.  In 1964, blacks accounted for 18 percent of Philadelphia’s population but were 40 percent of the inmates in the city’s jails and prison.

The rioting that began that Friday continued throughout the weekend; protesters vandalized and looted white-owned businesses. By the end of the uprising on Sunday, two people had been killed, 350 were wounded, and damage to the establishments on Columbia Avenue totaled approximately $4 million. Over 1,000 people were arrested and countless others were beaten by police officers.