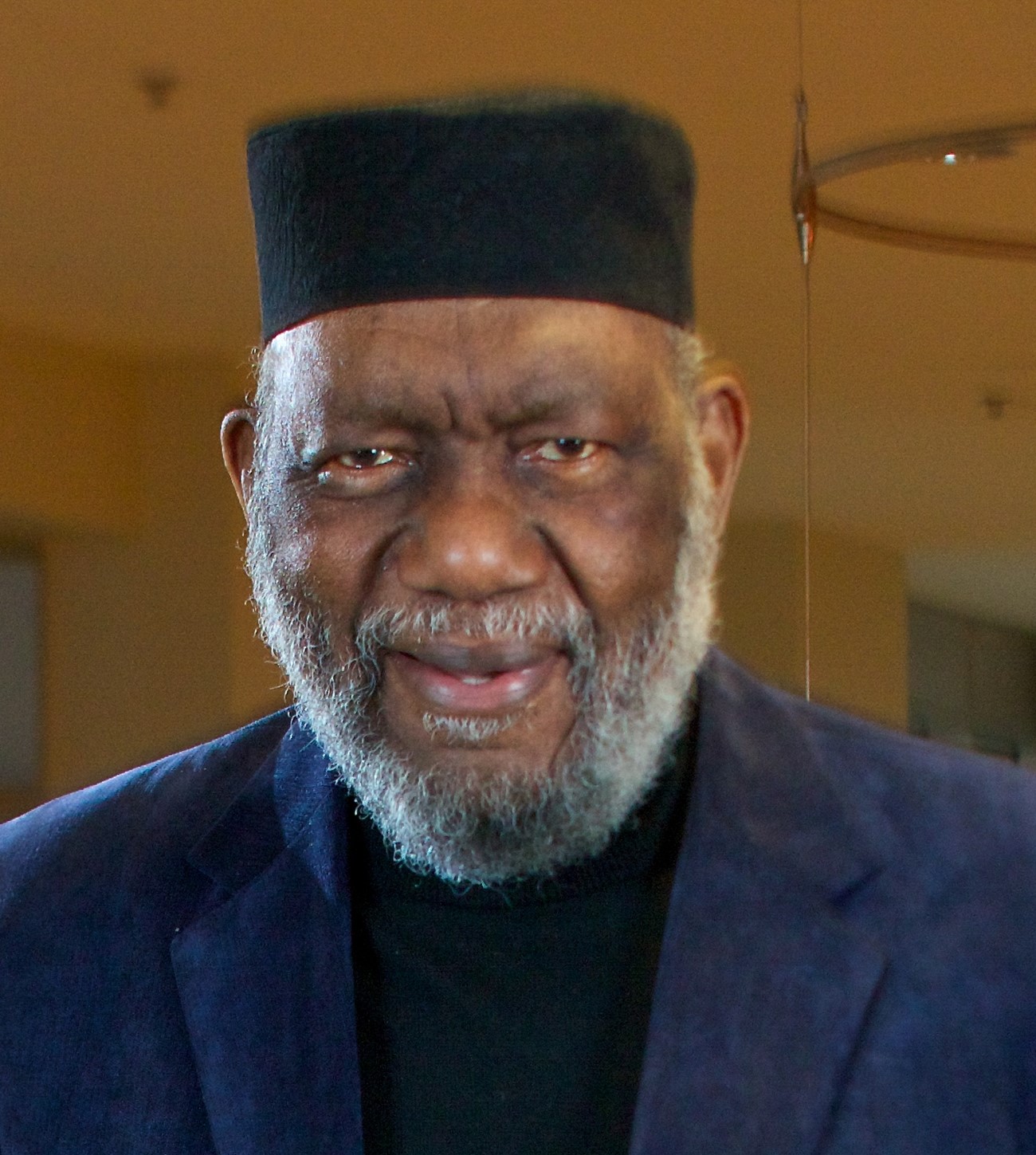 On May 18, 2021, longtime University of Washington Professor Emeritus Thaddeus Spratlen died in Seattle, Washington at the age of 90. Few people knew his name, but his work transformed black economics in the United States. In the article below, Professor William Bradford, former Dean of the Foster School of Business at the University of Washington, writes about his contribution to the field and to understanding black life and the economy in the 20th Century.

Thaddeus Spratlen, a member of the Caucus of Black Economists and co-founder of the National Economic Association (NEA) in 1971, was a pioneering figure in the national effort to not simply recognize the presence of a growing number of professionally trained Black economists but as importantly, in ensuring that they played a significant role in crafting policies and programs that helped African Americans out of poverty.

Thaddeus (“Thad”) H. Spratlen was born in 1930 in Union City, Tennessee. Showing academic promise from an early age, he was sent to live with an older brother in Cleveland, Ohio in the early 1940s. After graduating from high school, he found that college tuition was too expensive. He instead enlisted in the Army in 1948 and earned his officer’s commission in 1952. He served a year of combat duty in Korea, calling in artillery strikes from dangerous forward positions.

After leaving the military, Lt. Spratlen used the G.I. Bill to earn a BS in Business, MA in Economics, and PhD in Marketing, Economics and Applied Statistics; all from Ohio State University. He then served on the faculties of Western Washington University (1962-1969) and UCLA (1969-1972). He joined the University of Washington’s Foster Business School faculty as its first black faculty member in 1972. He retired in 2002.

He also organized the growing number of Black academic economists to wield a greater voice in a field that to that point was dominated by white male economists. On December 28, 1969, he co-founded the Caucus of Black Economists to help African American economists wield a greater voice in the field of economics. Black economists across the country were increasingly concerned with their lack of representation in the economics profession and the Caucus was one response to that dilemma. Thad was elected Associate Chairman of the Caucus at its first meeting in New York City. The Caucus of Black Economists changed its title to the National Economic Association (NEA) in 1974. Thad served as Secretary-Treasurer of the Caucus/NEA from 1970 to 1975. The National Economic Association serves as the voice of Black economists in U.S., through annual meetings and conferences, publishing an academic journal (The Review of Black Political Economy), operating a Summer Minority Student Program in Economics, operating the Diversity Initiative for Tenure in Economics, and coordinating activities and meetings with the American Economic Association, the largest association of economists in the U.S.

His role in creating the Caucus of Black Economists reflected the fact that Thad Spratlen thought deeply and intensely about the black experience. He demonstrated this as an important early contributor to the Review of Black Political Economy. He authored insightful articles therein on relevant topics including the content and character of the literature on ghetto economic development (1971), the black consumer’s response to black business (1973), and the record and rhetoric of black economic progress (1974).

Among his eight publications in the Review of Black Political Economy are five research articles and three book reviews. One of the most significant of the latter was a 1973 review of a controversial new book by Black conservative economist, Thomas Sowell, titled, Black Education: Myths and Tragedies and the exchange it prompted. Professor Spratlen exposed the major shortcomings of Sowell’s book including 1. The book focused on the educational experiences of Sowell instead of providing a comprehensive and thorough assessment of black education, and 2. The book took the individual experiences of Sowell as its basis of conclusions about black education. In reply, Sowell understandably criticized Spratlen’s review but in his rejoinder Professor Spratlen exposed more problems with the book. Thomas Sowell would go on to become a leading spokesman of economic and political conservatives and was asked eight years later to join the incoming Presidential Administration of Ronald Reagan. In 1972, however, Thaddeus Spratlen pushed back against what he felt were Sowell’s misguided views on African American education and educational institutions.

Professor Spratlen also contributed book reviews and commentaries to the Journal of Marketing starting in the 1970s. One piece, “A Black Perspective on Black Business Development,” published in October 1970, emphasizes the role of discriminatory practices and their consequences as major barriers to Black business development. Many of the issues he exposed then unfortunately remain today. 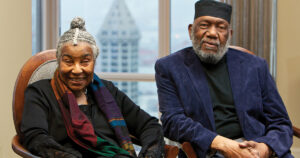 This work is a pre-curser to his activities in developing minority businesses. Here Thaddeus Spratlen became not simply an examiner of economic challenges facing Black America but a proponent of policies and programs that would encourage economic growth in that community. Two perceptive articles examine different aspects of minority business development. First, his 1973 article in the Journal of Small Business Management discussed the importance of technical assistance for owners of Black-owned firms. Second, his 1978 article in Journal of Purchasing & Materials Management described the potential for increased procurement by government and big business as market opportunities for minority businesses. With that article, Professor Spratlen was one of the first economists to note and support the importance of technical assistance and of the significant opportunities in government/big business minority firm procurement programs beyond the standard and often insufficient affirmative action set-aside programs. Both ideas were adopted in the coming years by both federal and state governments and numerous corporations. These two elements have become important pillars in the growth of firms owned by African Americans and other people of color since the 1970s.

Thad Spratlen’s research on urban enterprise development, technical assistance for minority firms, and the emergence of government/big business procurement programs grew into an innovative course that he first taught at the Foster School in 1990. The course was built around deploying student consulting teams to help grow minority-owned businesses in Seattle, Washington’s urban core.  That course evolved over time into the Foster School’s Consulting and Business Development Center (CBDC) in 1995. Thad Spratlen served as Faculty Director and advisor to the center built on his blueprint from 1995 to 2005.  He remained active in with CBDC, and in 2015 he co-authored the essential textbook, Business Consulting in a Multicultural America, to share the wisdom of his work. From 1995 to 2020, CBDC-supported businesses generated more than $250 million in new revenue at an annual growth rate more than double the state average and created or retained more than 225,000 jobs.

In 2016, the CBDC extended its growth acceleration efforts to cities across the United States through its Ascend network, which helps develop businesses owned by people of color through addressing the systemic lack of access to management education, money (loans and investment) and markets (to reach new customers and enterprise clients). Ascend is now in a partnership with JPMorgan Chase, which has invested $13 million in the initiative, including a recent commitment of $8 million to help grow 500 small businesses owned by people of color into multi-million-dollar firms.

Thad and his wife, Lois, also reflected the spirit of philanthropy. They donated more than $1 million to the UW and Foster School and another $1 million to Hampton University School of Nursing over their lifetimes.  Their gift to the University of Washington alone endows scholarships (the Spratlen Scholarship) and the Spratlen Fund that supports student consulting at the CBDC and ensures its vital work will continue.

In 2009, Thad Spratlen co-founded the Williams-Qualls-Spratlen Multicultural Mentoring Award of Excellence (WQS) with Jerome Williams and William Qualls in partnership with the American Marketing Association Foundation. The WQS award continues their legacies and recognizes outstanding mentors in the marketing community such as Jerome Williams, William Qualls and Spratlen. The WQS award encourages and rewards outstanding mentors of people of color in the academic marketing community, an embodiment of Thad’s legacy.

Among his many mentoring activities, Thad was an early active member of the PhD Project, a non-profit organization dedicated to increasing minority representation in the business world by supporting African Americans, Hispanic Americans, and Native Americans in become business professors. The PhD Project provides financial support and post-graduate mentorship programs for individuals earning a PhD in one of the business subject areas. When this organization was started in 1994, there were just 294 minority business professors in the U.S.  Between 2004 and 2020, the PhD Project assisted more than 1,500 African Americans women and men and other people of color in earning their PhD in Business and entering academic positions; thereby becoming mentors and motivators for future business leaders. Thad was an early mentor for the PhD Project’s Marketing Doctoral Student Association, through which over 400 future Black scholars and other people of color earned PhDs and entered academia. His leadership and mentoring activities resulted in his induction into the PhD Project Hall of Fame in 2017.

The Foster School honors Thad Spratlen inside Founders Hall, a $75 million state-of-the-art building to open in spring of 2022. Placed prominently among the classrooms, team rooms, and other spaces will be a special community gathering space called the Spratlen Lounge for Inclusion and Diversity. It is hoped that Thad Spratlen’s legacy will live on at the Foster School through the Spratlen Lounge which will honor his career and contributions for generations to come.

Thad Spratlen was an applied economist whose activities encompassed significant scholarly contributions. He was also an academic activist in the best tradition of the term, researching critical issues affecting Black economic well-being and applying the knowledge gained to help those who sought the path of entrepreneurship to improve the lives of African Americans across the nation. Finally, he was a philanthropist who gave part of his personal fortune to advance both education and entrepreneurship across African America.