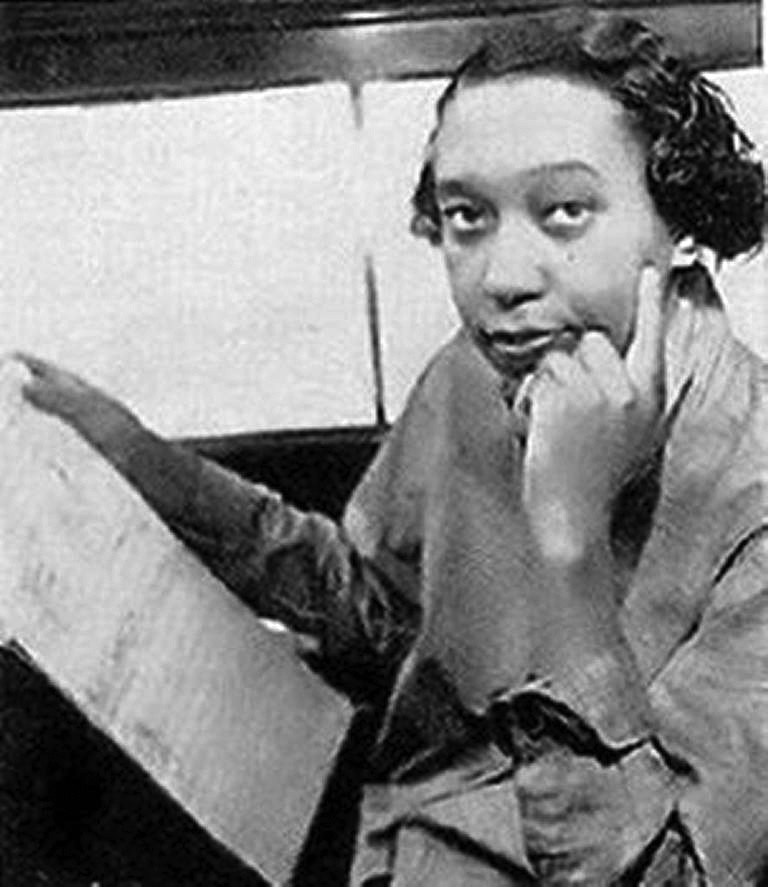 Julia Amanda Perry was a prolific composer of neoclassical music during her relatively brief life.  Born on March 25, 1924 in Lexington Kentucky, she spent most of her early years in Akron, Ohio. Her father, Dr. Abe Perry, was a doctor and amateur pianist, who once accompanied the tenor Roland Hayes on tour. Her mother, America Perry, encouraged her children’s musical endeavors; both Julia and her sisters studied violin from a young age, Julia switched to the piano after two years of violin.

Upon graduating from Akron High School, Perry attended Westminster Choir College in Princeton, New Jersey from 1943 to 1948, where she graduated with a bachelors and masters in music. Her master’s thesis, Chicago, inspired by the poetry of Carl Sandberg, was a secular cantata for baritone, narrator, mixed voices, and orchestra. She continued her musical training at the Julliard School of Music and she also spent summers at the Berkshire Music Center in Tanglewood, Massachusetts. Her first major composition, the Stabat Mater, appeared in 1951.  Three years later in 1954 her opera, The Cask of Amontillado, was first staged at Columbia University.  She also wrote Homage to Vivaldi for performance by symphony orchestras.

In 1952 and 1954 Perry received two Guggenheim fellowships to study in Florence, Italy under the tutelage of Lugia Dallapiccola and in Paris, France with Nadia Boulanger. After spending nearly a decade in Europe studying with several prominent composers, she returned to the United States in 1959 to become part of the music faculty at Florida A & M College (now University) and later took a teaching position at Atlanta University.  She returned to Akron in 1960 and from an apartment above her father’s medical office she wrote Homunuclus C.F. (1960) for piano, harp, and a diverse group of percussion instruments. Her decision to use snare, timpani, and wood blocks, in addition to her frequent and creative changes in rhythm, illustrated her unusual sense of experimentation in her compositions  Throughout the 1960s she organized and conducted concerts around the world for the U.S. Information Service (USIS).

By the late 1960s her works had received wide acclaim and were performed by the New York Philharmonic and other major orchestras. The classical record label, Composers Recordings, released several of her compositions in 1969; she also won awards and accolades from the National Association of Negro Musicians, the Boulanger Grand Prix, and the National Institute of Arts and Letters, among others.
In 1971, however, Perry suffered the first of two strokes which left her hospitalized for several years.  She taught herself to write with her left hand so she could continue to compose. During her life, Perry completed 12 symphonies, two concertos, and three operas, in addition to numerous smaller pieces. Julia Amanda Perry died on April 29, 1979 in Akron, Ohio.  She was 55.