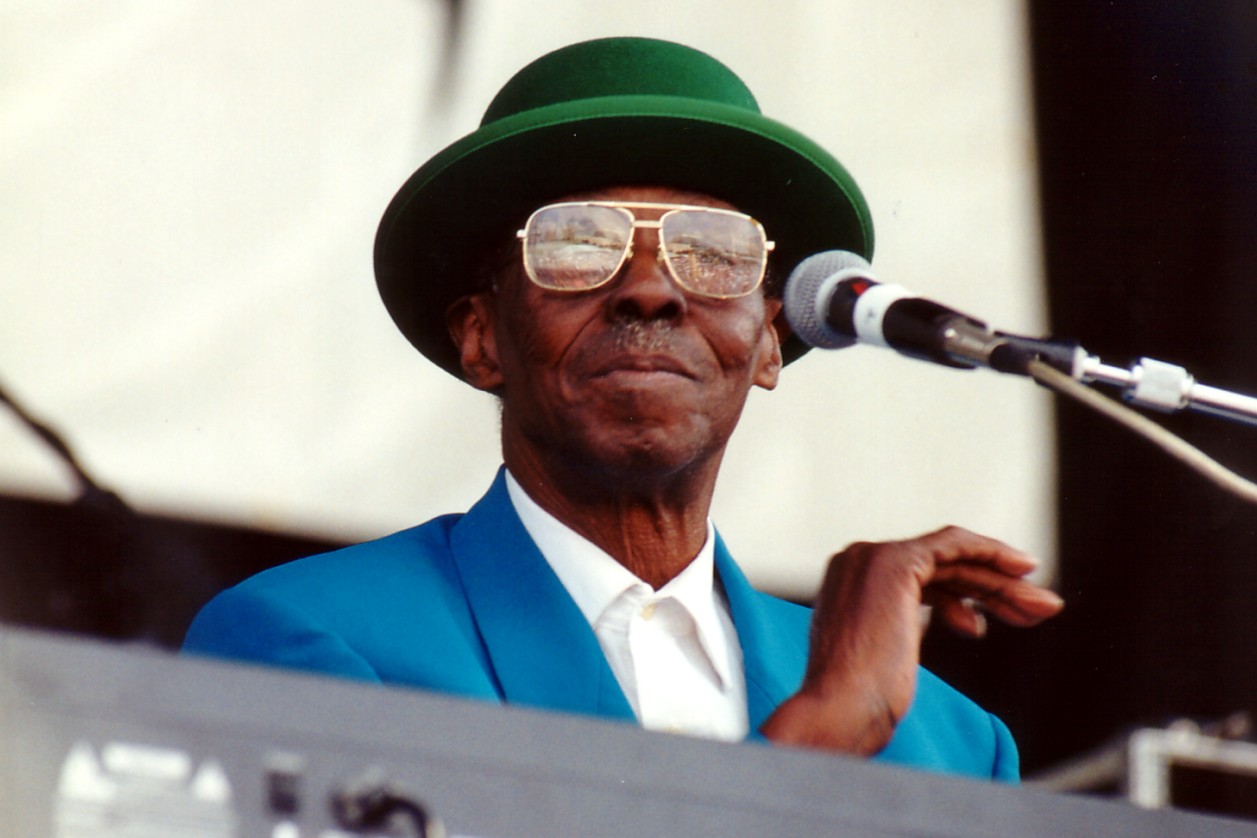 Delta blues and boogie-woogie piano master Willie “Pinetop” Perkins was born on the Honey Island plantation near Belzoni, Mississippi on July 7, 1913.  During his career, Perkins played with some of the best known blues and rock and roll artists in history and influenced many more including Elton John, Billy Joel, and Greg Allman.

Perkins began at age ten playing guitar and piano but dropped guitar after sustaining an injury to his left arm in 1943, widely reported as having been inflicted by a knife wielding woman. Shortly after this incident Perkins moved to Helena, Arkansas to work with bluesman Robert Nighthawk, appearing on the recordings Nighthawk made for Chess Records, before joining Sonny Boy Williamson’s King Biscuit Boys. In the 1950s he recorded with Earl Hooker for Sun Records. In 1953, he recorded “Pinetop’s Boogie Woogie” for Sun Records, originally done by piano player Clarence Smith. Although known as “Pinetop” since the 1940s, it was this record that stamped Perkins firmly with his life long nickname.

In 1969 Perkins replaced Otis Spann in Muddy Water’s band, a role that he maintained for twelve years during the height of Water’s career. In 1980 Perkins joined other members of the Water’s band, striking out on their own as The Legendary Blues Band. This group toured and recorded from the late 1970s through the early 1990s releasing two records which received several Grammy nominations.

In 1988, well into his 70s, Perkins released his first solo effort, “After Hours,” on Blind Pig Records. In 1992 he released the first of 15 solo records over a period of 15 years. “Born in the Delta,” a multimedia enhanced CD release, and “Legends,” with Hubert Sumlin.  Both recordings received Grammy nominations in 1997 and 2000 respectively. In 2005 he received a Grammy nomination for “Ladies Man” on MC Records and the Grammy Lifetime Achievement Award.

Perkins received the Blues Music Award for best piano every year from 1993 through 2004, when he voluntarily retired from nomination. The award was thereafter renamed the “Pinetop” Perkins Piano Player of the Year award.

In 2008, at the age of 95, “Pinetop and Friends” was released featuring such legendary artists as Eric Clapton, B.B. King, and Jimmie Vaughn. Two years later, he released “Joined at the Hip,” a collaborative project with Willie “Big Eyes” Smith, which received a Grammy for Best Traditional Blues CD.