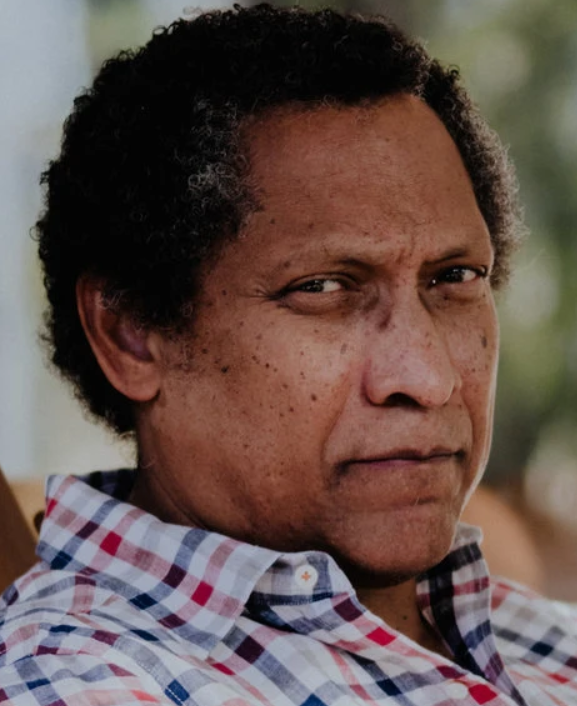 The son of Percival Leonard and Dorothy Stinson Everett, the author Percival Leonard Everett, was born on a military base outside Augusta, Georgia on December 22, 1956, but grew up in Columbia, South Carolina. In 1977 Everett received a bachelor’s degree in philosophy from the University of Miami. He then studied philosophy at the University in Oregon before transferring to Brown University where he received an A.M. in writing in 1982. During his time at Brown, Everett wrote his first book, Suder, in 1983. Suder is a comedic tale about a third baseman for the Seattle Mariners who goes on a quest across the Pacific Northwest with an elephant and a young runaway in attempt to shake his player’s slump.

Since graduating from Brown Everett has been balancing a life of writing and of teaching. He has held consecutive faculty positions in English departments at the Universities of Kentucky (1985-1989), Notre Dame (1989-91), Wyoming (1992), University of California Riverside (1992-98) and the University of California Los Angeles (1998-2012). Everett has also worked as a ranch hand, high school teacher, judge for writing contests, and a jazz musician. He currently lives in California and is married to Danzy Senna, another novelist. The couple have two children, Henry and Miles.

Everett grew up with a love for the American west which was displayed in many of his literary works but he earned a large fanbase due to his mastery of many genres. Some of his work includes crime novels, revisionist Westerns, and retellings of Greek mythology, as well as the wild caper, Glyph (2014), which is narrated by a baby genius who has read most of Western philosophy all while still being in diapers.

Percival Everett has written multiple collections of conceptual poetry including Re:f (gesture) in 2006 and Swimming Swimmers Swimming in 2010 as well as numerous books of individual stories including For Her Dark Skin (1990) Big Picture (1996) and Damned if I do (2004) and several novels. The novels gained him the most attention and fame. The first novel, Erasure, was published in 2001. Here an already famous but now neglected black novelist comes back into fame and fortune by writing a parody of urban fiction. His second novel, I Am Not Sidney Poitier (2009), is about an orphan who surprisingly inherits a large share of stock in Turner Broadcasting System (TBS). The last of his well-known novels is Percival Everett by Virgil Russell (2013).

Everett has received multiple awards for his many literary works some of which include his winning the 2010 Believer Book Award for I Am Not Sidney Poitier and later that year the 29th Dos Passos Prize. He also won a Guggenheim Fellowship in Fiction (2015), and the Phi Kappa Phi Presidential Medallion from the University of Southern California (2015).