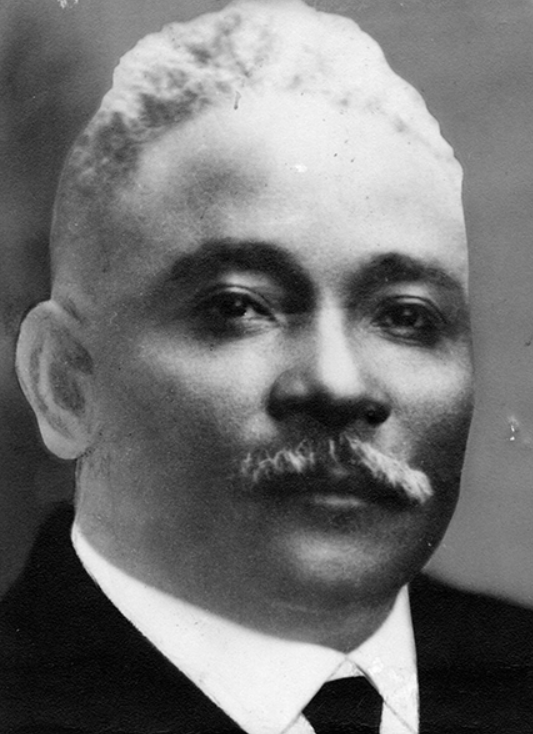 William Decker Johnson was the 42nd Bishop of the African Methodist Episcopal (AME) Church and founder of Johnson Home Industrial College in Archery, Georgia. Born November 15th, 1869 in Glasgow, Thomas County, Georgia to Reverend Andrew Jackson Johnson and Mattie McCullough. Both parents were former slaves and Johnson grew up in poverty. Devout by nature, Johnson became a Christian at the age of nine.

In April 1887, Johnson was licensed to exhort in Waycross, Georgia by Reverend W. H. Powell. By October 1887, he was licensed to preach by Rev. J. B. Lofton. In 1889, at the age of 20, Johnson was assigned to his first church, Westonia Mission in Georgia, by Rev. Dr. W. O. P. Sherman. Johnson was the Supreme Archer and organizer of the Sublime Order of Archery. He was an active member of the Odd Fellows and Knights of Pythias organizations. While living in a one-room home and wearing torn clothing, Johnson asked for Winifred Elmira Simon’s hand in marriage. They were married on December 3, 1891 in Dougherty, Georgia. To this union eleven children were born, but only four sons and one daughter reached adulthood.

Johnson rose from Elder in 1893 to Presiding Elder of the Bainbridge District in central Georgia in 1900. In 1911, Johnson represented the AME church at the International Ecumenical Conference in Toronto, Canada. He moved to Archery, Georgia to establish a school and in 1912 the Johnson Home Industrial College opened its doors and offered primary, high school, collegiate, and vocational classes to assist students in obtaining jobs. Johnson wanted the school to provide an education for the poorest of the poor in Black communities. Johnson was ordained the 42nd Bishop of the AME Church in 1920 in St. Louis. At times, his jurisdiction covered California, Idaho, Montana, Nevada, Oklahoma, Oregon, Texas, parts of Mexico and British Columbia. A delegation of AME Bishops, which included Johnson and four others was received at the White House by President Coolidge to discuss the Mississippi river flood control. On July 7, 1929, Johnson delivered a memorial service sermon for the late Isaiah T. Montgomery, who founded the all-black town of Mound Bayou, Mississippi.

On June 17, 1936, Bishop William Decker Johnson died at his home in Archery, Georgia at the age of 66 of unknown causes. Johnson was survived by his wife, Winifred, and four sons and a daughter. Three of Bishop Johnson’s sons, Rev. William Decker Johnson, Jr., Rev. Simeon Timothy Johnson, and Rev. Alvan Nathaniel Johnson, became pastors in the AME church, son Winfred “Willie” Johnson never entered the ministry and his daughter, Fannie Ezell Johnson Hill, married Rev. Benjamin Harrison Hill, also a pastor in the AME church. A photo of Johnson is displayed in the Jimmy Carter Presidential Library and Museum in Atlanta, GA.