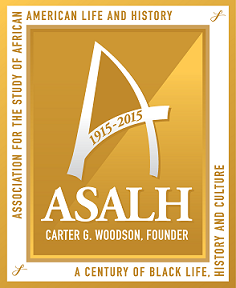 William B. Hartgrove, Jr. one of the founders of the Association for the Study of African American Life and History (ASALH) was born sometime in November 1877 in Washington, D.C. to William B. Hartgrove, Sr. and Rebecca Perry Hartgrove, former slaves. He studied at Howard University. Hartgrove and his brother, Robert Sinclair Hartgrove, who was born in 1881, shared a house in Washington D.C. A graduate of Amherst College in Massachusetts, he later became a lawyer. Because he had difficulty generating sufficient income as an attorney by1909 he was teaching at Armstrong Manual Training School, one of the only two high schools in the District accepting African American students. His annual salary was about $650 but there were times when his only income came from lecturing about African American history.

Hartgrove met and befriended Carter Godwin Woodson, who was then teaching at M Street High School, the other high school allowing Black students. Woodson admired Hartgrove’s intellectual and leadership abilities and began mentoring him. They shared in common a passion for African American history and would often walk together to the Library of Congress when Woodson was working on his doctoral dissertation at Harvard University.

In 1915, Woodson asked Hartgrove to become, with him, one of the five founders of the Association for the Study of Negro Life and History (ASNLH), later renamed the Association for the Study of African American Life and History, ASALH, when the organization was launched in Chicago. The Association became the first organization dedicated to the study of Black history. Initially its principal vehicle for publicizing that history was its Journal of Negro History (JNH).

The author of many articles and annotated bibliographies of African American works, including the popular The Negro Soldier in the American Revolution, published in 1916, Hartgrove also wrote “The Story of Maria Louise Moore and Fannie M. Richards” which highlighted the accomplished of free Black women of Virginia. One of the women, Maria Louise Moore, was born in 1800 in Fredericksburg, Virginia to a free Black woman born in Toronto and a father from Scotland, the United Kingdom. Both mother and daughter left Virginia and returned to Toronto, Ontario for a better life. Richards eventually returned to Virginia where she founded a private school for Black children. This important early account of the history of Black women was published in the first volume of The Journal of Negro History, Volume I.

While Hartgrove was never a member of the faculty at Howard University, he often lectured on the achievement of Blacks at the institution’s Rankin Chapel, especially the role of Black soldiers fighting on behalf of the country.

In 1918, Hartgrove’s last publication, “The Story of Josiah Henson” was completed by Dr. Woodson because of his illness. William B. Hartgrove died in June 1918 in Washington, D.C. at the age of 44.