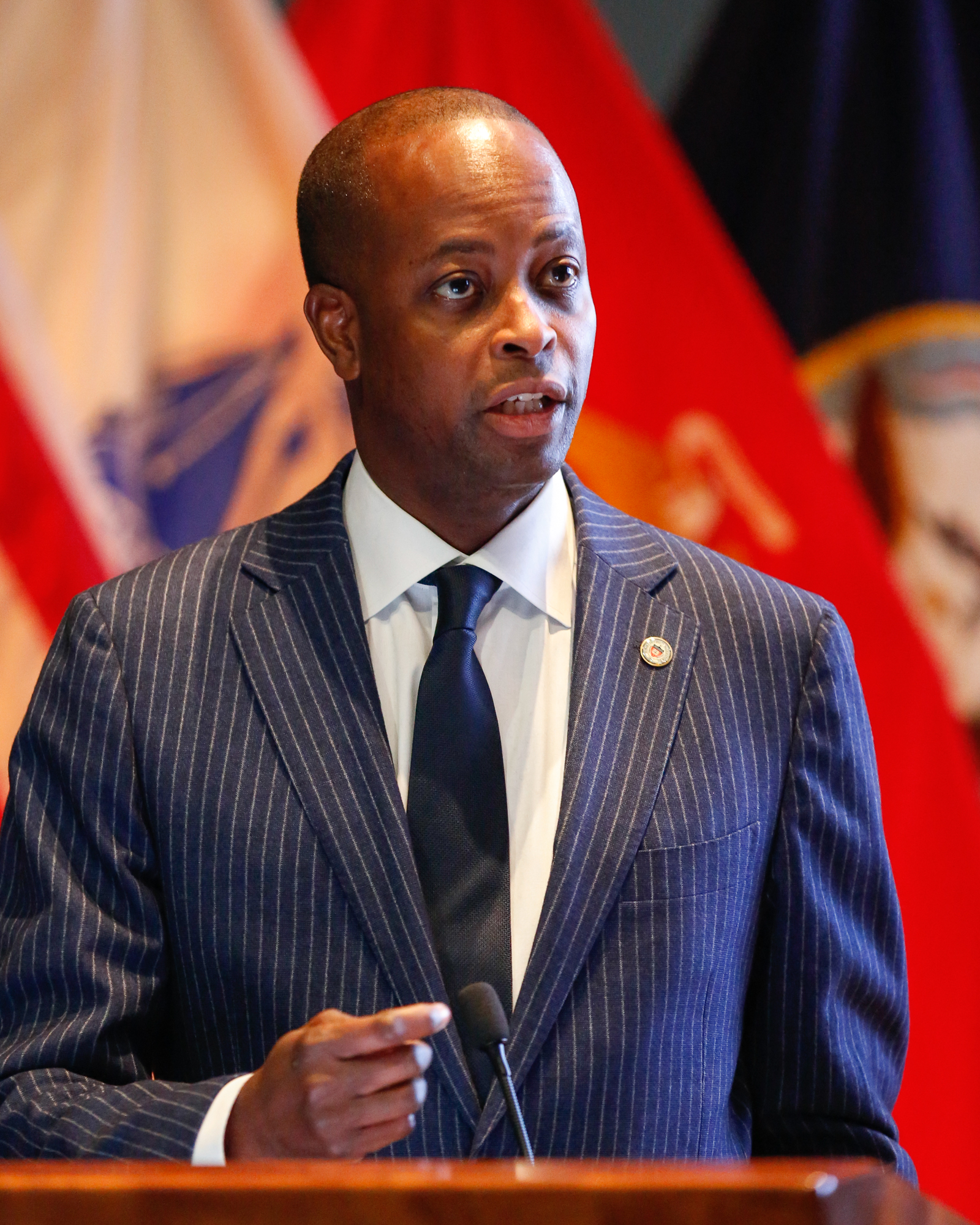 Surgical oncologist and university president Wayne A.I. Frederick was born Wayne Alix Ian Frederick June 17, 1971, in Port of Spain, Trinidad and Tobago, to Alix Frederick from Point Fortin, Trinidad, and Frances Tyson-Hill from Chaguanas, Trinidad. At 14, he began pre-college courses at St. Mary’s College in Port of Spain and enrolled in 1988 in bachelor’s/ M.D., a dual degree program at Howard University in Washington D.C. Frederick entered its College of Medicine in 1990. In 1994, Frederick earned the Bachelor of Science and Medical degrees simultaneously. He completed his surgical residency at Howard University Hospital and was mentored by world-renowned physicians LaSalle D. Leffall Jr. and Clive O. Challenger.

After finishing his surgical oncology fellowships at the University of Texas MD Anderson Cancer Center in 2003, Frederick and Simone Frederick from Trinidad were married on February 13, 2004. They are parents of a son, Wayne II and daughter Kirie.

Frederick at 35, returned to his Alma Mater, Howard University, in 2006 as interim president, provost, and chief academic officer, associate dean in the College of Medicine, division chief in the Department of Surgery, director of the Cancer Center, and deputy provost for Health Sciences. In 2011, Frederick also earned the Master of Business Administration from Howard University. Three years later he was appointed the 17th president of Howard University and the distinguished Charles R. Drew Professor of Surgery. Also, in 2014 Frederick was recognized by the U.S. Congress for his contributions to addressing health disparities among African Americans and historically underrepresented groups.

In 2015 Frederick was named “Male President of the Year” by HBCU Digest. And in 2017, he was called “Washingtonian of the Year” by Washingtonian magazine. Later that year Howard University’s Board of Trustees approved a seven-year extension of his contract as president until 2024.

In 2019, Frederick spearheaded “Run to Cure Sickle Cell,” a campaign to raise awareness for Howard University’s Center for Sickle Cell Disease as he was diagnosed as a child with the disease. Frederick authored editorials, essays, peer-reviewed articles, book chapters, abstracts, including the joint study in 2020, “We Need to Recruit More Black Americans in Vaccine Trials,” that was published in the New York Times and “A lack of diversity in research and analytics is not just unethical, it is dangerous,” in the 2021 The Hechinger Report, as well as “What Happens When People Stop Going to the Doctor? We’re About to Find Out,” that appeared in the New York Times in 2021. Also, in 2021, Dr. Wayne A. I. Frederick was honored by the Carnegie Corporation of New York as the “Great Immigrant, Great American.” The award is extended to individuals who have enriched and strengthened American society and democracy through their contributions and actions.