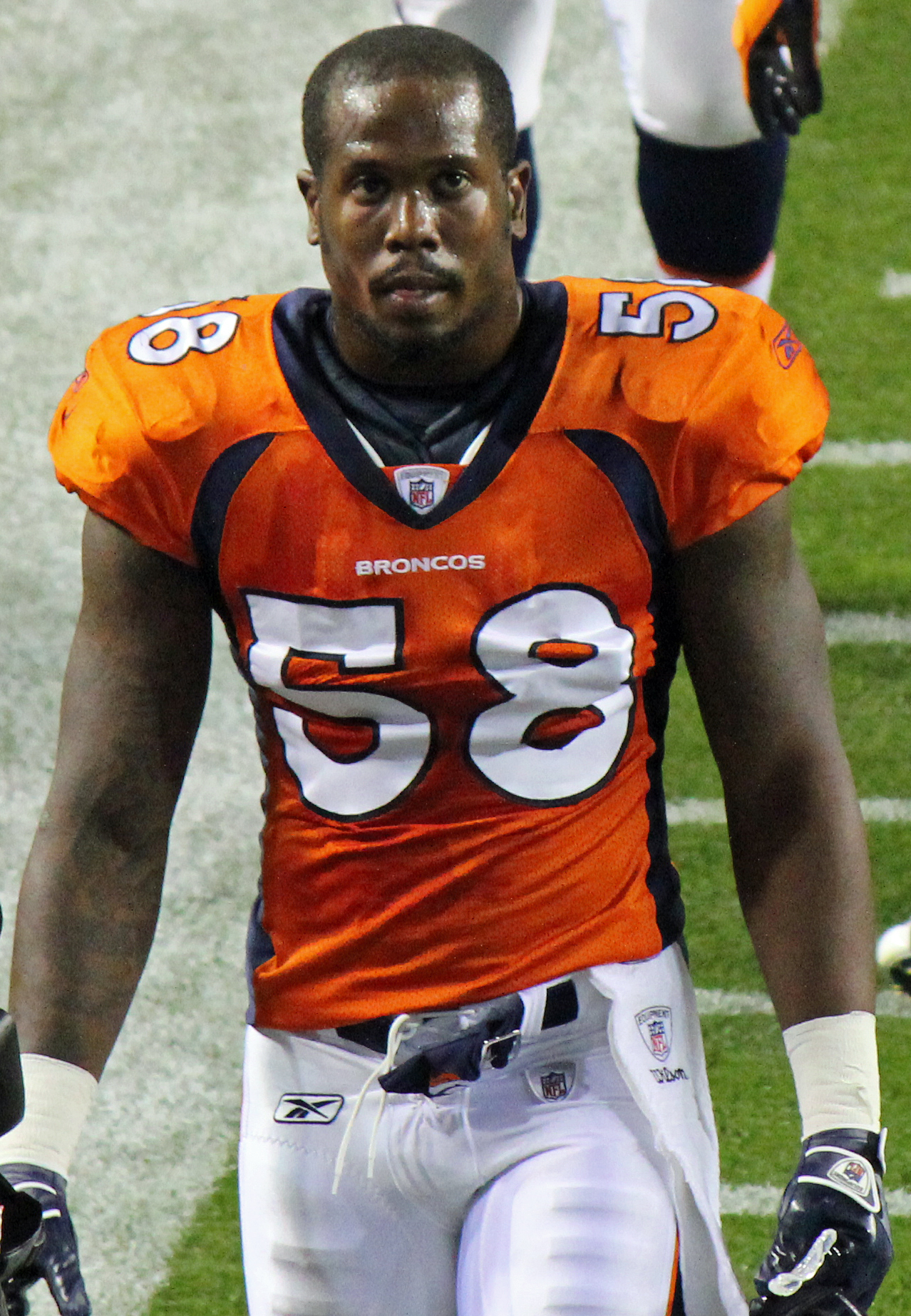 Von B’VSean Miller Jr. is an outside linebacker for the Denver (Colorado) Broncos for the National Football League (NFL). Miller was born on March 26, 1989 to Von Miller Sr. and Gloria Miller in Dallas, Texas. Miller attended DeSoto High School in DeSoto, Texas where he played for the DeSoto Eagles High School football team. He also was on the school track team During his junior year in high school. Miller’s record was 37 tackles, 14 tackles for loss, 7 sacks and 12 quarterback hurries. During his senior year, he was named the District 8-5A Defensive MVP because of his 76 tackles, 14 tackles for loss, and 6 sacks. Miller graduated from DeSoto High School in 2007.

Miller was heavily recruited by many universities including Florida, Ole Miss, Oklahoma, and Texas Tech. Miller decided to play for the Texas A&M Aggies football team. During his Freshman year, he played the defensive end position and was named Freshman All-Big-12 by The Sporting News. During his Sophomore year, he played the weakside linebacker position. During his Junior year, he was named first team All-Big-12 at defensive end and a first-team All-American by Sporting News and Sports Illustrated. During his senior year, Miller switched position to a 3-4 outsider linebacker. Early in the season, however, he suffered a high ankle sprain and was out first six games. Despite the injury, he was able to play for the rest of the season. In his senior year, he was made All-Big 12 honors, won the Butkus Awards as the nation top linebacker, and was named first team All-American. Miller also gained first team All-American honors from Pro Football Weekly, ESPN.com, Associated Press, Scout.com, and the Walter Camp organization. In 2011 Miller graduated from Texas A&M University with a bachelor’s degree in Poultry Science.

After graduating, Miller entered the 2011 NFL Draft and was taken by the Denver Broncos second overall. During his time playing with the Broncos, Miller has been a 8-time Pro-Bowler, AP NFL Defensive Rookie of the Year, 3-time First-Team All-Pro and 4-time Second team All-Pro. Miller’s best moment in his NFL career came when he helped the Broncos win their third Super Bowl Championship again the Carolina Panthers in Super Bowl 50 (2016). Miller won his first Super Bowl Championship and was named Super Bowl MVP. His NFL career continues as of 2020.

In 2012, Miller created Von Vision, a non-profit organization whose main purpose was to provide eye exams and glasses for the youth of the city of Denver. The organization also hosts two events each year called Von Vision Day and Von Miller Back to School Vision Day. Miller is currently single and does not have children. In April 2020, Miller tested positive for COVID-19, the coronavirus.