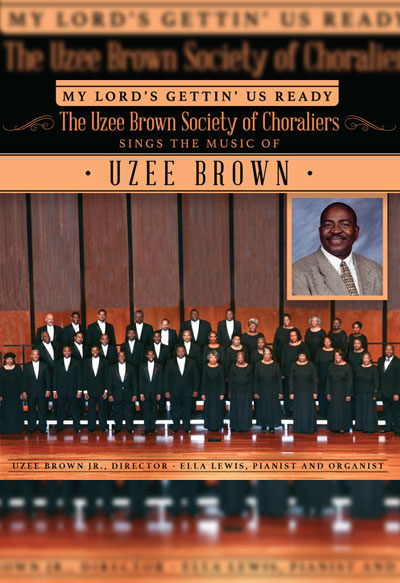 Hear a soundtrack specially chosen to enhance your learning about Uzee Brown, Jr (1950- )

Opera singer, composer, librettist Uzee Brown, Jr. was born on June 13, 1950, in Cowpens, South Carolina, to Alline Gaffney Brown from Thickety Mountain, South Carolina, and Uzee Brown, Sr. Uzee Jr’s siblings, were Willie Brown, Sr. Ethelene Brown Palmer, Delois Brown Daniels, Daisy Dawkins, and Zebedee Brown. His early education began in 1956 at the Ralph J. Bunche Elementary School in Cowpens. Uzee Jr. is a 1968 valedictorian graduate of Benjamin E. Mays High School in Pacolet Mills, South Carolina. Afterward, he enrolled in Morehouse College in Atlanta, Georgia, where he became a member of Alpha Phi Alpha Fraternity, Inc. During his senior year, Brown performed the role of Parson Alltalk in Scott Joplin’s opera Treemonisha with the Atlanta Symphony Orchestra that had its world premiere at the Atlanta Memorial Arts Center. Upon receiving a Bachelor of Music degree in music, he moved to Austria in 1972, studying music at Kunstuniversität Graz in Vienna and then the Università di Siena in Tuscany, Italy. In 1977, Brown was a soloist at the inauguration of U.S. President James (Jimmy) Carter Jr.

Brown has composed music for filmmaker Spike Lee, including the musical prologue for the film School Daze in 1988. He was also co-founder and chairman of the Board of Directors of Onyx Opera Atlanta, a non-profit operatic ensemble founded in 1988. They perform works primarily by African American composers.

Brown was elected to the Board of Trustees at Morehouse College in 1988 and later that year he was nominated for the Audelco award in Black theater as “Outstanding Musical Director and Arranger” of the off-Broadway musical play Zion presented at Theater in the Square at the 1996 Centennial Olympics in Atlanta, Georgia. During that period, Brown was the president of the National Association of Negro Musicians, the oldest organization of professional African American musicians in the United States. In that position, he guided and completed the research of the Documentary History of the National Association of Negro Musicians by the Center for Black Music Research in Chicago.

In 1999, Brown’s arrangement of the Negro Spiritual, “We Shall Overcome,” was produced for the Atlanta Symphony Orchestra’s Martin Luther King Jr. tribute. The following year in 2000, his cantata, Women of the Fire, was premiered at New York’s Lincoln Center. In 2005, Brown performed the role of Frazier in the Atlanta Opera’s production of George Gershwin’s Porgy and Bess, and in 2008 he performed the same role in France, Luxembourg, and Spain. In 2016, at the South Carolina General Assembly, 121st Session, members of the South Carolina House of Representatives took legislative action to honor Brown for his outstanding lifetime accomplishments as a native of the state.

Uzee Brown, Jr’s “Triumphal March of Heritage,” a composition for organ, was performed as the postlude in 2021 at the 155th Session of the North Georgia Annual Conference of A Bell Tolls” at the United Methodist Church in Atlanta, Georgia. It had been commissioned earlier that year to celebrate the inauguration of Leroy Keith, Morehouse College’s eighth president.