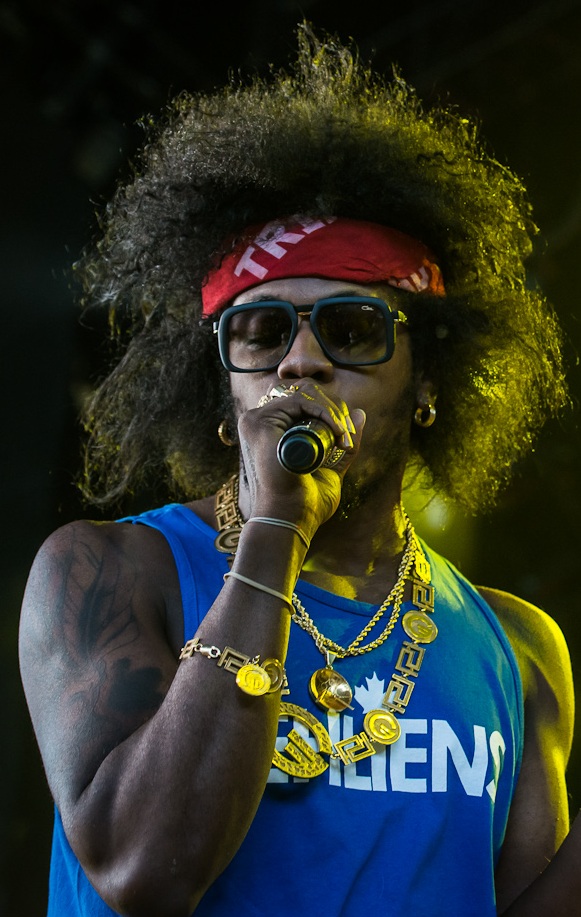 Nicholaus Joseph Williams is a Trinidadian-American rapper best known as Trinidad James. Born in Port of Spain, Trinidad and Tobago. Trinidad James’ family moved multiple times to Canada, then Florida, then the Bronx and then settled in Atlanta. Moving so often resulted in having to adjust to his new surroundings more than once. Not much is indicated about his childhood due to a head injury as he shared in an interview, “I had a head injury when I was younger, I was walking on some stone steps in Trinidad and missed a step and when I fell, I split open my head in the middle.”

While in Atlanta James managed the Atlanta clothing boutique called Top of the Underground before he began rapping. On December 20, 2012 James released the single, “All Gold Everything,” written by him, produced by Devon Gallapsy, from Def Jam Records. The son peaked at no. 10 on the Billboard R&B chart, no. 9 on the Billboard Hot Hip-Hop chart, and no. 36 on the Billboard Hot 100 chart. It was also named no. 35 of the best 50 songs of 2012 by Billboard and won Trinidad James a Grammy in 2013.

In January 2013 Def Jam re-released the album Don’t Be S.A.F.E. that included the remix to “All Gold Everything” featured rappers 2 Chainz, T.I., and Young Jeezy. In 2014 James won the Coca-Cola Viewers’ Choice Award at the 2014 BET Awards Ceremony for the song “I Love This Shit,” an honor he shared with rapper August Alsina. In 2019 James was named the host of “Full-Size Run,” a talk show on YouTube.