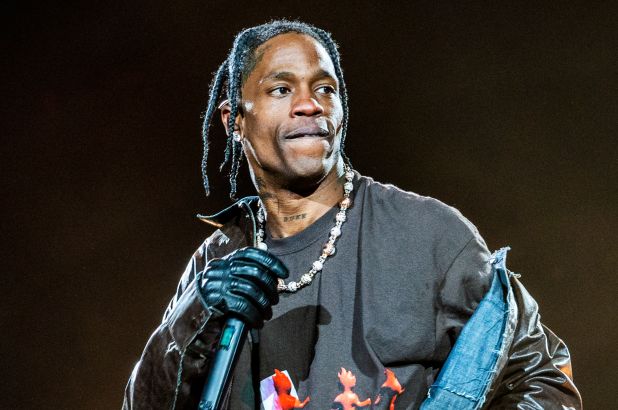 Jacques Bermon “Travis Scott” Webster II is a rapper and record producer. Webster was born on April 30, 1991, to Jacques Webster Sr. and Wanda Webster in Houston, Texas. Webster attended Elkins High School in Missouri City, Texas, where he graduated in 2008. Webster then attended the University of Texas at San Antonio but dropped out during his sophomore year to pursue his music career. He formed The Graduates with his friend Chris Holloway. In 2008, the group released an untitled EP on MySpace.com which garnered some attention. The following year, Webster and schoolmate James “OG Chess” Williams formed The Classmates, which released two singles: “Buddy Rich” (2009) and “Cruis’n USA” (2010). The group broke up in 2012.

Webster would move to New York City to advance his solo music career. Frustrated with his lack of progress, he then relocated to Los Angeles, California, before returning to Houston. When his parents kicked him out of their house, Webster returned to Los Angeles, but this time Clifford “TI” Harris heard Webster’s “Lights Out (Love Stick)” and signed him to his record label, Grand Hustle Records, shortly thereafter. In 2015, Webster released his debut studio album, Rodeo. The album featured the singles “3500” and “Antidote,” sold a million units and was certified platinum. A year later, he released Birds In The Trap Sing McKnight, which featured “Wonderful,” “Pick up the Phone,” and “Goosebumps.” The second album also sold a million units and was certified platinum.

In 2018, Webster released his third album, Astroworld, that included the singles “Butterfly Effect,” “Sicko Mode,” “Yosemite,” and “Wake Up.” This album proved to be the bestselling of his career. It sold 3 million units and won album of the year at the 2019 BET Hip Hop Awards. Webster went on to work with many artists including TI, Kanye West, Aubrey “Drake” Graham, and Jeffery Lamar “Young Thug” Williams. He was nominated for numerous Grammy Awards from 2014 to 2021, but so far has not taken home the coveted honor. He has also acted in movies including Travis Scott: Look Mom I Can Fly and Gully, both released in 2019.

Despite his music success, Webster has been involved in controversies during his career. In 2015, he was arrested and charged with disorderly conduct at the Lollapalooza Music Festival in Chicago, Illinois, after encouraging concertgoers to ignore security and rush the stage. A far worse incident occurred on November 5, 2021, when nine people died and hundreds were injured after another crowd rushed the stage at the Astroworld Festival in Houston, Texas, during the first night of the festival. The festival was founded by Webster in 2018 as a tribute to his hometown fans. As a result of the deaths and injuries on November 5, the second night of the music festival was canceled.

Webster is well known beyond his music career because of his relationship with one of the most famous TV families, the Kardashians. In 2017 he started dating Kylie Kristen (Kardashian) Jenner. The couple gave birth to a daughter, Stormi Webster, in 2018. The couple broke up briefly in 2019 but got back together. In 2021, they announced they were expecting a second child.