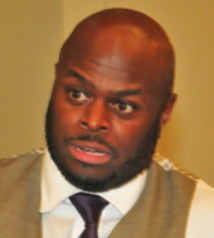 On January 1, 2020, Dr. Antoine J. (Tony) Allen Sr. became the 12th President of historically Black Delaware State University in its 129-year history. The son of a Lamar Allen, Jr., who never completed the 11th grade and a mother who raised him as a single parent, he was the first in his family to attend college. Allen graduated from William Penn High School in New Castle, Delaware in 1988 and then the University of Delaware, earning a Bachelor of Arts degree in Political Science in 1993, followed by a 1998 Master’s Degree in Public Administration from Baruch University and a PhD in Public Policy and Administration from the University of Delaware’s Joseph R. Biden Jr. School of Public Policy and Administration in 2001. His dissertation Devolution and Intergovernmental Decision-Making: The Delaware Welfare Reform Experience focused on how power in the state was shifting from the state level to local authorities and how that impacted lives in the state’s African American community.

Dr. Allen’s dissertation signaled the beginning of his career as public policy expert and educational reformer. In 2002 he wrote a study of gun violence in Delaware for the Urban League. He later collaborated with Dr. Leland Ware of Delaware State to write The Geography of Discrimination: Hyper-segregation, Isolation and Fragmentation within the Black Community. That work won him the 2003 Whitney M. Young Award for Advancing Racial Equality.

Dr. Allen was the founding president of both the Metropolitan Wilmington Urban League and Delaware Public allies. Allen twice served as the Chairperson of the United Way of Delaware’s twenty million annual charitable campaign and he is Chair Emeritus of the National Urban Fellows Program for his state. In 2018 he received the Campus Compact Mid-Atlantic Civic Leadership in Higher Education Award, and the following year the Delaware Barristers Association honored him with its Excellence in Education Award.

When named President, Allen succeeded Dr. Wilma Mishoe, the first women president. Before his appointment he had serve as the University’s Executive Vice President and Provost since June 2017. During his years in that position he led the reorganization and strengthening of the universities academic and professional colleges and developed the Center for Neighborhood Revitalization and Research and the Center for Global Africa which developed partnerships with African nations as well as Jamaica, China, and Poland.

Allen has also served in a variety of political capacities. He was chairperson of the transition teams of both Delaware governors Jack Markell and John Carney. His last notable job was a speechwriter for then U.S. Senator Joe Biden in the 1990s. Delaware State University has an enrollment of approximately 5,000 students and 750 faculty and staff.