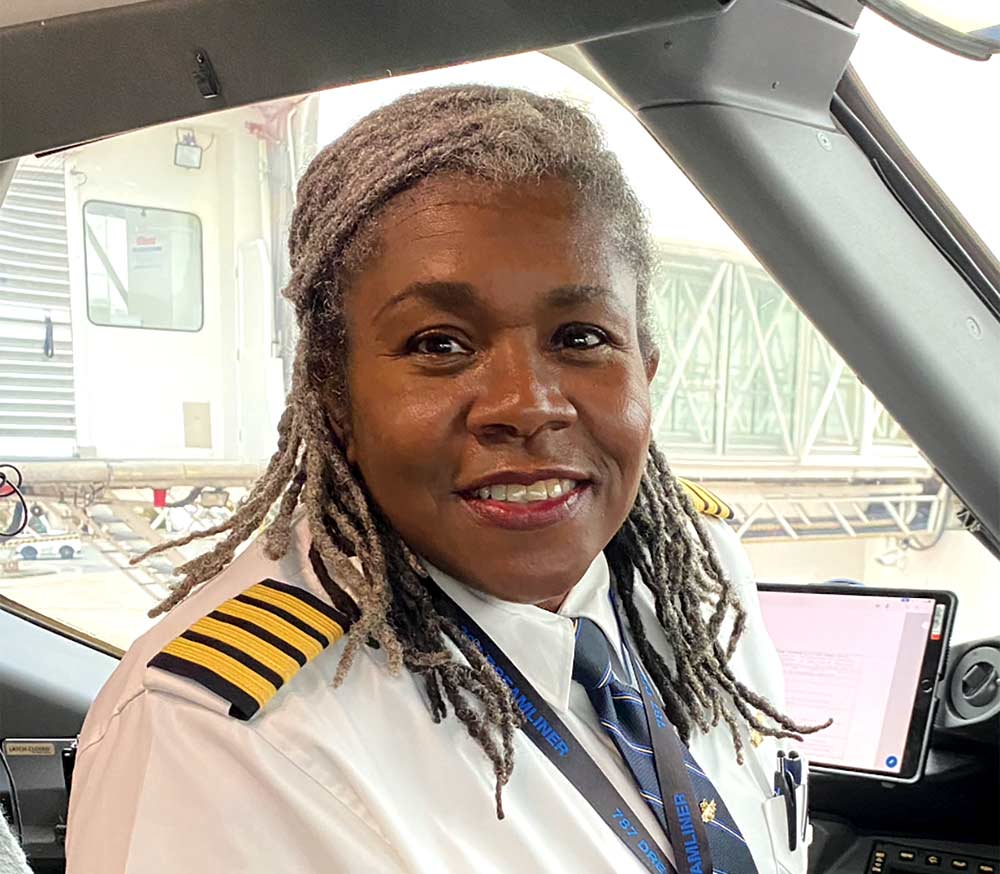 Theresa Mae Claiborne was born May 25, 1959 to Wayne Morris Sr. and Dorothy Claiborne in Emporia, Virginia. The Claiborne’s family military background afforded the family the opportunity to travel to many locations. Theresa graduated with honors from Elk Grove Senior High School in Elk Grove, California. She then attended California State University, Sacramento where she majored in Communication, Culture, and Media and graduated from the institution in 1981. Claiborne completed the University of California-Berkeley Air Force Reserve Officer Training Corp (ROTC) program and was commissioned as a United States Air Force second lieutenant on June 20, 1981.

After completing her Pilot Training at Laughlin Air Force Base in Texas, now Lt. Claiborne graduated as the first African American female pilot in the United States Air Force on September 16, 1982. During Claiborne’s active-duty years, she rose in rank to Captain and served as a KC 135 pilot at Loring Air Force Base, Maine.

Captain Claiborne finished active-duty service in September 1988 but continued with the United States Air Force Reserves as a flight commander and an instructor pilot, before becoming a Lieutenant Colonel in November 2001.

On January 15, 1990 Lt. Colonel Claiborne joined United Airlines initially as a flight engineer but eventually worked her way up to Captain on a Boeing 757/767 jetliner. Although Claiborne was not the first black woman pilot at United, she remained one of a small number of black female pilots. As late as 2019 she was one of only 15 black women pilots at the airline. Having accumulated a total of over 15,000 civilian flying hours, Lt. Colonel Claiborne became Captain Claiborne at United.

On January 6, 2003, while still flying for United, Lieutenant Colonel Claiborne retired from the U.S. Air Force Reserves. Twelve years later in 2015 she became a member of Sisters of the Skies, founded that year by Lt. Christine Angel Hughes to “pave the way for a new generation of Black female pilots” by providing encouragement and support to younger aspiring African American women interested in pursuing a career as a pilot in the U.S. military or in commercial aviation. Claiborne and other members of Sisters of the Skies provided mentoring, recruitment training, scholarships opportunities, and professional development training.