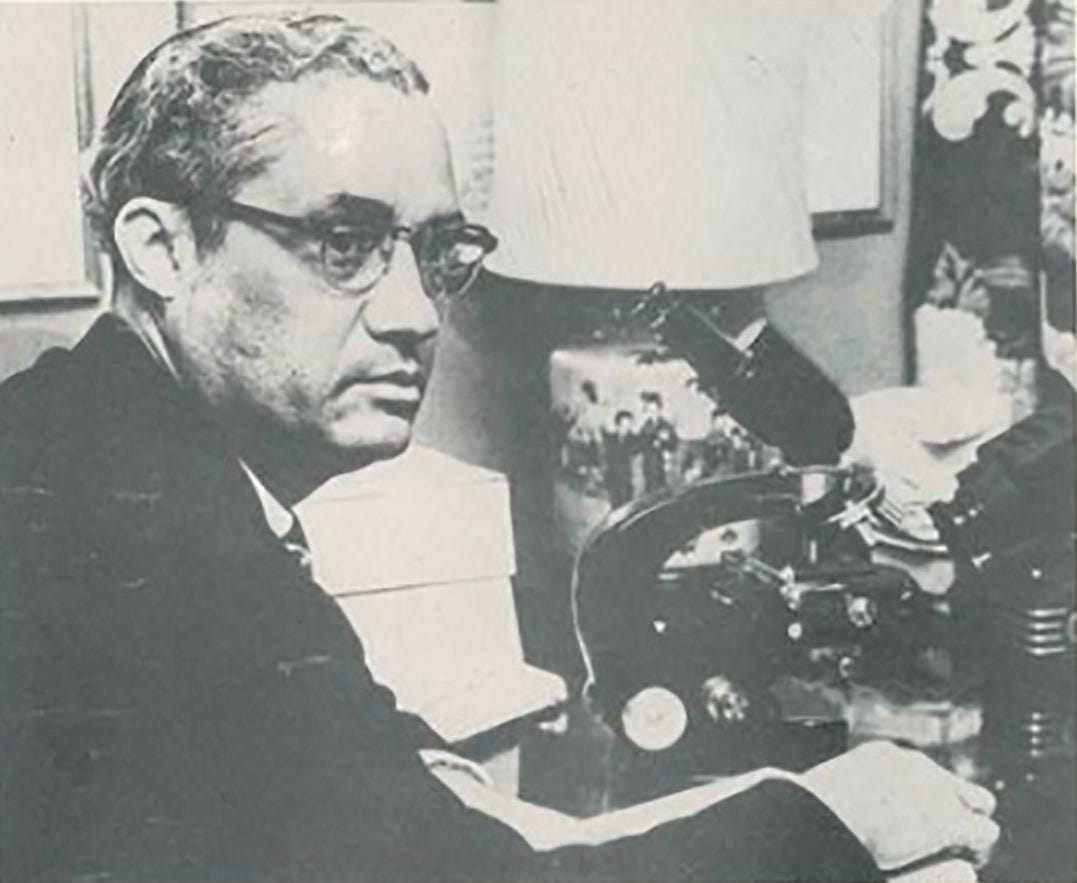 Theodore Kenneth “T.K.” Lawless, MD was an internationally-known dermatologist who helped pioneer techniques to treat syphilis and was one of the first doctors to treat cancer with radium. A millionaire, Dr. Lawless built his wealth over decades and was recognized for his significant contributions as a philanthropist.

Theodore Lawless was born on December 6, 1892, in Thibodaux, Louisiana to minister and university instructor Alfred Lawless Jr., and schoolteacher Harriet Dunn Lawless. His family moved soon after he was born to New Orleans. Lawless attended Straight University (now Dillard University) and transferred to Talladega College in Alabama where he graduated with an A.B. in 1914. He completed his MD in 1919 and MS in 1920, from the University of Kansas School of Medicine and Northwestern University Medical School in Chicago, respectively.

Dr. Lawless opened his own private dermatology practice on Chicago’s south side, which was rapidly becoming a huge African American community. Known for his generosity and clinical abilities, he made a name for himself in the area and his clinic became one of the largest in Chicago. Some reports say Dr. Lawless was treating up to 100 patients a day for ailments ranging from common skin conditions to rare ones like leprosy. During this time, he also worked as professor of syphilology and dermatology at his alma mater, Northwestern University, from 1924 to 1940.

His work as an Elizabeth Ward research fellow from 1928 to 1936 allowed Dr. Lawless to conduct research toward finding a cure for leprosy and working towards better treatment for syphilis and other diseases. Through his research, he helped develop a syphilis treatment called electro-pyrexia, which was performed by artificially inducing a fever and injecting therapeutic drugs. He was also one of the first physicians to utilize radium as a cancer treatment and he contributed to the development of special treatments for damaged skin. Dr. Lawless’ research was published by several scholarly publications such as the American Journal of Dermatology, the Journal of Laboratory and Clinical Medicine, and the Journal of the American Medical Association (JAMA).

Dr. Lawless continued teaching at Northwestern until 1940 when he left to concentrate on his practice, treating patients, and investing his wealth. He was Chicago’s Board of Health’s first Black member and held numerous professional memberships at medical associations. As his wealth grew Dr. Lawless directed his philanthropy towards youth organizations in Chicago, Black educational institutions in the South, and Jewish institutions in the U.S. and Israel. Dr. Lawless’ many lifetime accomplishments and awards include being awarded the 39th NAACP Moorland-Spingarn medal, the NAACP’s highest honor.

Dr. Theodore Kenneth Lawless continued to work until he died in Chicago on May 1st, 1971 at the age of 78.