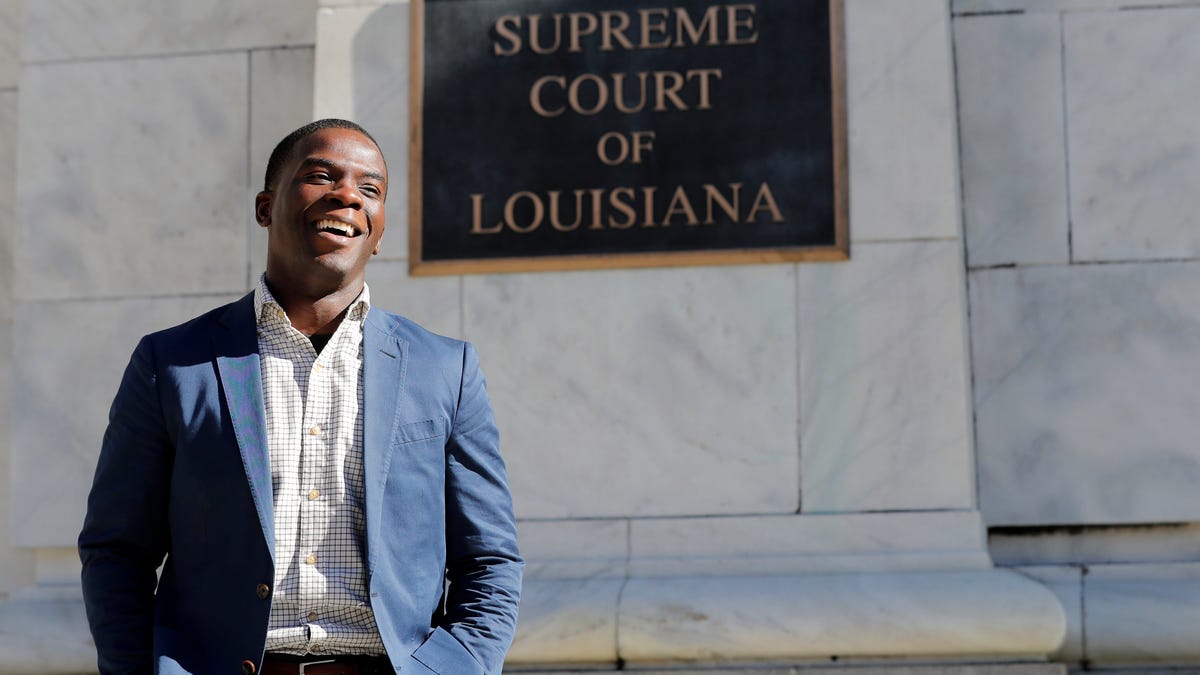 Shaw was a member of the Jena Six, who ultimately plead no contest to the battery of a white classmate that took place in Jena, Louisiana in 2006, when Shaw was 17. The prosecutor’s decision to charge the six teens with attempted murder generated media and public outrage across the country. The charges were later lowered but Shaw spent several months in jail.

While Shaw was serving time in jail, he consulted law books and drafted motions to lower his bail. Ultimately, after seven months in jail, community funds were posted and Shaw was released. The experience led Shaw to pursue law school: “I really didn’t have a plan….I lived in a poor community….That experience kind of changed my whole path. It awakened a desire within me to attend law school.”

Shaw was an intern in 2010 working with the Innocence Project, a nonprofit focused on freeing the wrongfully convicted. After Shaw graduated from the University of Louisiana in September 2012, he worked as a community advocate at the Southern Poverty Law Center, where his activities were part of the center’s efforts to correct violent and inhumane conditions for incarcerated children and adults.

Shaw ultimately chose to attend the University of Washington School of Law, where he was a recipient of the Gates Public Service Law Scholarship in 2015. When he graduated with his law degree in 2018, he was selected by his classmates and faculty as class valedictorian. In his valedictorian speech, Shaw shared his sense of responsibility as a young attorney: “We may not be guilty or have had anything to do with the injustices that other people experienced in the criminal justice system. But we have a responsibility: a responsibility to the poor, to the condemned, to those who may not be popular in the eyes of the majority.”

After he graduated, he obtained a highly sought position as the Law Clerk to Louisiana Supreme Court Chief Justice Bernette Johnson from 2018 to 2019. Then in 2019, Shaw was one of three outstanding recipients selected annually for a post-graduate two-year fellowship through the E. Barrett Prettyman Fellowship Program at Georgetown Law. The goal of the fellowship is to provide high quality representation to adults and adolescents accused of crimes while providing law school graduates with rigorous training in criminal trial advocacy and teaching.