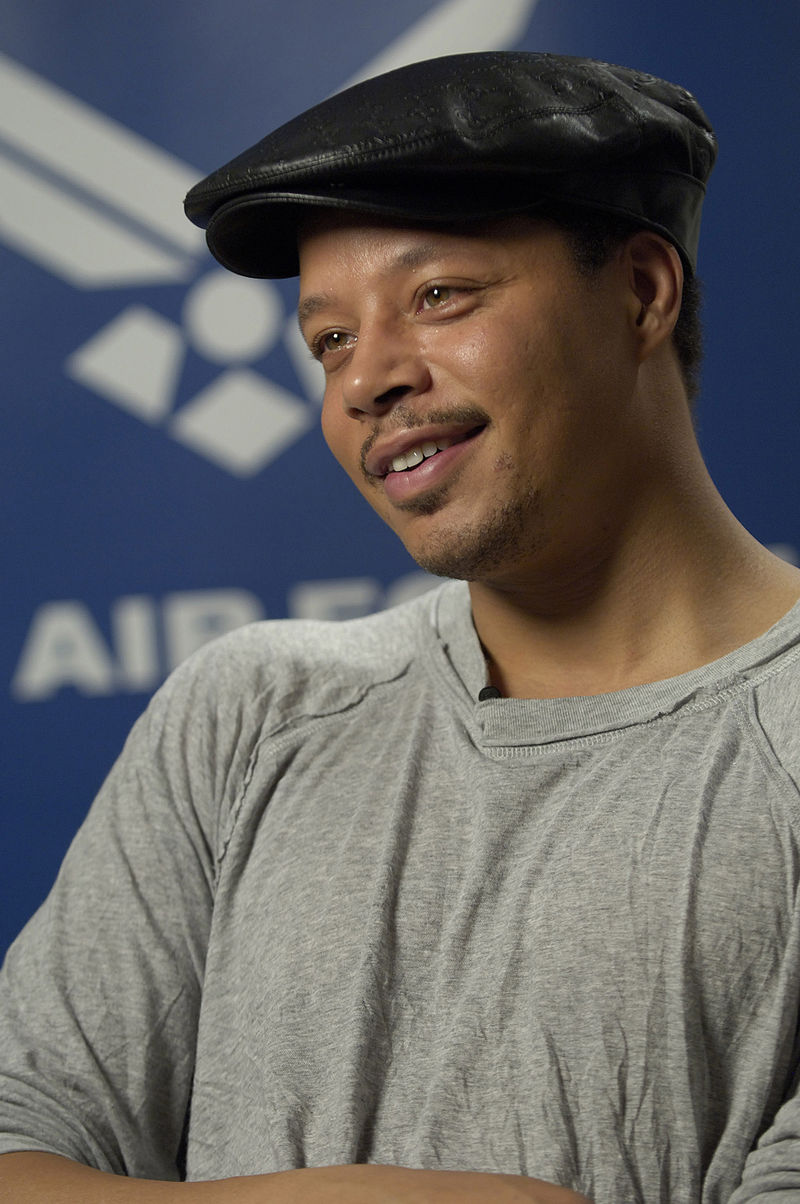 Actor, rapper, singer, songwriter, and record producer Terrence Deshon Howard is best known for his role as Lucius Lyons, music mogul, in the TV series Empire for which he won the BET Best Actor Award in 2015. While he began his career appearing on several TV shows, such as Living Single (1993) and Family Matters (2000), he made his major film debut in 1995 with Dead Presidents and Mr. Holland’s Opus. In 2005, at the 78th Academy Awards, he won an Oscar for Best Original Song for “It’s Hard Out Here for a Pimp” from the movie Hustle and Flow.

Howard was born March 11, 1969 in Chicago, Illinois. Both his parents, Tyrone Howard and Anita Hawkins Williams, were biracial. His great grandmother was actress Minnie Gentry. His father, an insurance salesman, was physically abusive. After his father served time in prison for stabbing a man, his parents divorced. Terence was sent to live with his great grandmother Minnie Gentry in Cleveland, Ohio. Because of his mixed heritage, his green eyes and light skin, his teenage years growing up in a Cleveland project were traumatic.

Howard began his acting career in 1992 as Jackie Jackson in the ABC Miniseries The Jacksons: An American Dream. He appeared in several TV shows and had the lead role in Sparks (1996). His first major film role came in 1995 when Howard played “Cowboy” in the Hughes Brothers film Dead Presidents. That same year he appeared as “Louis Russ” in Mr. Holland’s Opus starring Richard Dreyfus and in Paul Haggis’s film Crash. In 2008, he played Lt. Colonel James Rhodes in Iron Man; however, he was replaced by Don Cheadle in the sequel. Howard made his Broadway debut in 2008 playing “Brick” in an all-African American production of Cat on a Hot Tin Roof directed by Debbie Allen.

Howard earned the NAACP Image Award for Outstanding Supporting Actor in 1999 and the Independent Spirit Award in 2004 for Crash. A self-taught musician on piano and guitar as well as a songwriter, Howard co-wrote all the songs on his 2008 debut album Shine Through It.

Howard also developed a reputation for causing “unneeded drama” on movie and TV sets, and his violent temper has resulted in arrests for domestic violence and an arrest for disorderly conduct.

Howard has been married four times. His first wife was Lori McCommas in 1989 with whom he had three children. They were divorced in 2003, remarried in 2005, but divorced again in 2007. In 2010, he married Michelle Ghent. She filed for divorce in 2011, charging him with physical abuse. He married his third wife Mira Pak in 2013. They have two sons. They divorced in 2015. Howard now has two grandchildren.

Recently Howard announced his retirement from acting, stating that he won’t pursue any more on-camera roles. In an interview he said, “I’m done with acting. I’m done pretending.” Currently he lives in Lafayette Hills, Pennsylvania, a Philadelphia suburb.