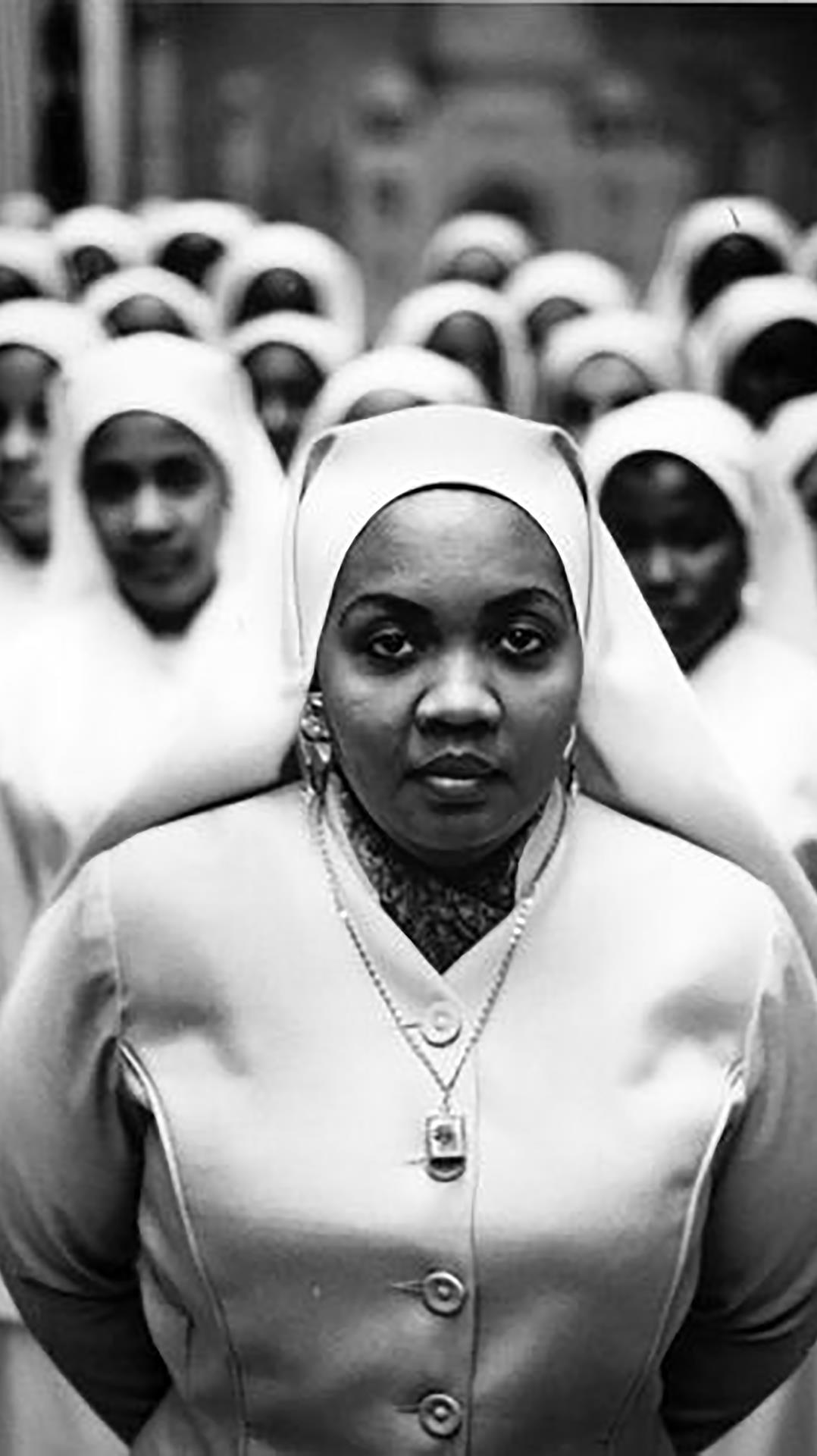 Sister Ethel Muhammad Sharrieff was the Supreme and National captain of the women’s auxiliary unit of the Nation of Islam (NOI) known as the MGT (Muslim Girls Training) between 1950 and 1975. She was the second child and oldest daughter of eight children born to Elijah and Clara Muhammad in 1922 in Macon, Georgia. Her father was leader of the Nation of Islam from 1934 to 1975. The family relocated to Michigan in 1923 and later to Chicago in 1934 where she attended and graduated from the University of Islam, the NOI’s parochial school.

When her father was imprisoned in 1942, Sis. Ethel helped her mother act as the de facto leader of the NOI serving as a liaison between Elijah Muhammad and other Nation members. In 1948 Sis. Ethel married Bro. Raymond Sharrieff, who, in the early 1960s became the Supreme captain of the Fruit of Islam (FOI) or the paramilitary branch of the NOI consisting of male members. The marriage produced six children.

As an expert seamstress and baker, Sis. Ethel used her skills to advance the economic endeavors of the NOI. She ran the first NOI-owned bakery called Eat Ethel’s Pastries located at 31st Street and Wentworth in Chicago and developed a MGT factory in the basement of her home before managing a Muslim clothing store on 79th street that employed five women. She often oversaw day-to-day economic operations while utilizing her domestic skills within the businesses. In addition, Sis. Ethel also became one of the women to direct the University of Islam in Chicago, working alongside Sis. Beverly Maurad and Sis. Christine Muhammad who assigned tasks to the school’s administrators and oversaw its curriculum.

Asserting that woman should stand beside instead of behind men, Sis. Ethel helped to relax some of the NOI’s rigid ideas concerning women. She supported the idea that women should have freedom of expression and diversify their skill sets within and beyond domestic spaces. According to Betty Shabazz, Sis. Ethel was a role model that many Muslim women admired and tried to emulate.

After her father’s passing in 1975, Sis. Ethel remained relatively quiet about the schisms that took place between her brother Wallace D. Muhammad, who led the NOI towards Sunni Islam, and Minister Louis Farrakhan who aimed to keep the original agenda of NOI as promoted by Elijah Muhammad. Yet she remained close to both and continued to serve as an inspiration to Nation women.