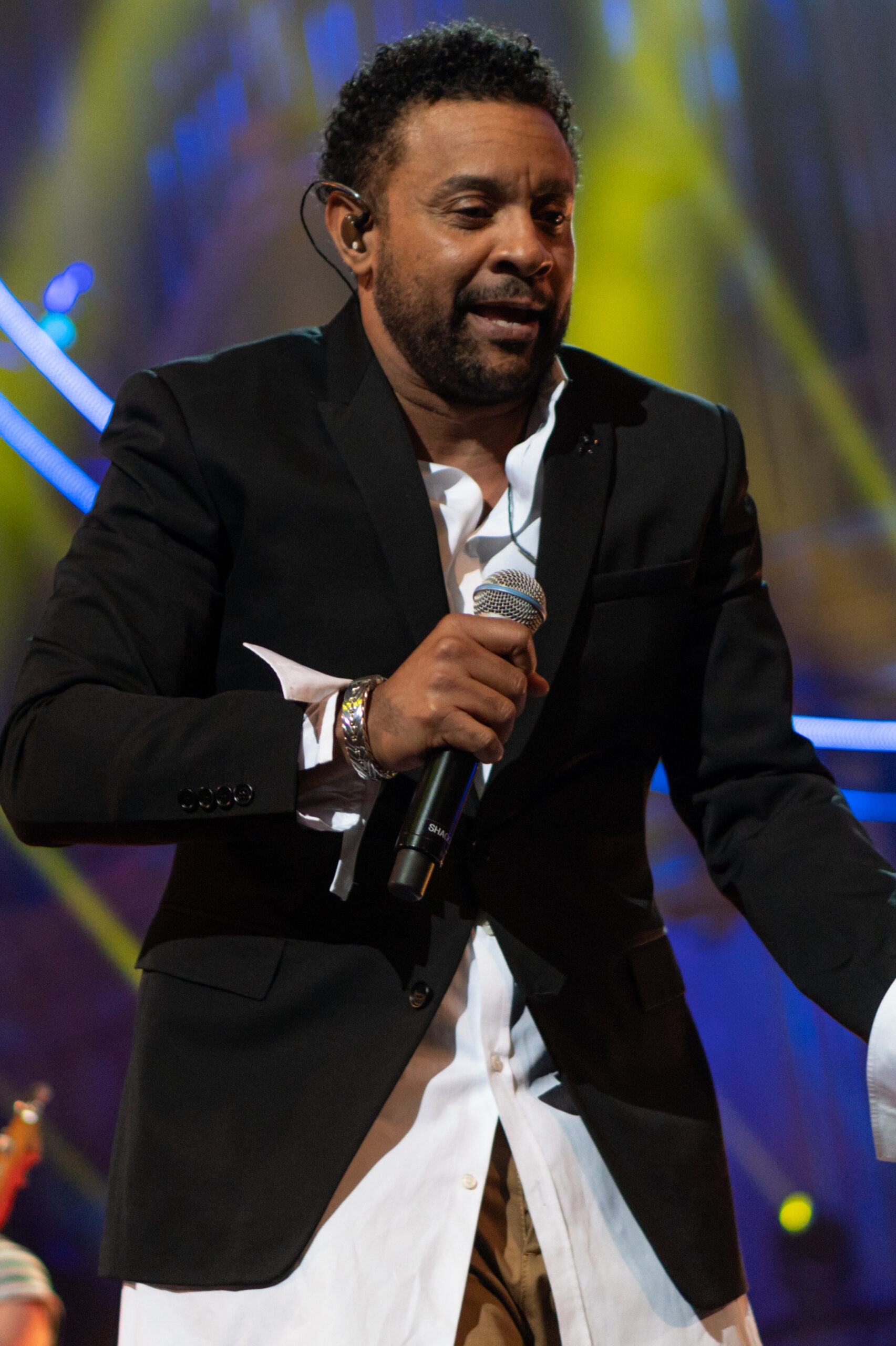 Orville Richard Burrell, whose stage name is Shaggy, was born October 22, 1968 in Kingston, Jamaica. The Jamaican-American is a reggae musician, singer, DJ, and actor known for his hit songs “It Wasn’t Me,” “Boombastic,” “Oh Carolina,” and other singles. Nominated for seven Grammy Awards, he won twice for Best Reggae Album in 1996 and for International Male Solo Artist in 2002.

Burrell’s mother migrated to Brooklyn, New York where he grew up. In 1988, after seeing his friends arrested, he enlisted in the U.S. Marine Corps. He served with a Field Artillery Battery in the 10th Regiment during the Persian Gulf War attaining the rank of lance corporal. While in Basic Training on Parris Island in 1993, he recorded his debut studio album Pure Pleasure from which came the hit single “Oh Carolina” a dancehall remake of a ska hit by the Folkes Brothers. Deciding to pursue a music career, he appeared on albums by several artists including Kenny “Dope” Gonzalez’s hip hop album, The Unreleased Project, and worked with producers such as Sting International, Don One, Lloyd “Spiderman” Campbell, Robert Livingston and Frankie Cutlass. His second album, Original Doberman was released in 1994. Attempting to cash in on the success of Pure Pleasure, it was a commercial failure.

In 1995 Shaggy released Bombastic. The hit single of the same name became a commercial success in many countries including Ireland, Sweden, the UK, and Australia. It also won a Grammy as Best Reggae Album. The next album was Midnight Love (1997); however, it failed to make the charts. In 1998, Virgin Record label dropped him and the following year he signed with Dreamworks.

In 2000 Shaggy produced Hot Shot which included “It Wasn’t Me” featuring, Rikrok, the Jamaican singer, on vocal. Because of the controversial lyrics, DJs in the U.S. initially refused to play it. However, when a DJ in Honolulu downloaded the single from Napster and played it on his show, the song went viral. It topped the Billboard Hot 100 in the U.S. and reached No. 1 in the United Kingdom, Ireland, Scotland and France. The album Hot Shot also debuted on the Billboard 200 and was certified 8X platinum by the Recording Industry Association of America (RIAA) meaning that it sold eight million copies worldwide. In 2002, “It Wasn’t Me” featuring Rikrok was nominated for a Grammy as Best Pop Collaboration with Vocal.

From 2002 to 2009 Shaggy continued to perform and collaborate with other artists. He released 12 studio albums, 7 compilation albums, 88 singles and 44 music videos. In 2007 he was awarded the Jamaican Order of Distinction with the rank of Commander, and in 2016 he started a project called “Shaggy and Friends” with his wife, Rebecca Parker, a film art director, as co-producer. Their charity concert donated over $64 million to the Bustamante Children’s Hospital in Kingston, Jamaica. Burrell’s son, Richard O’Neil Burrell, is a rapper known as Robb Banks.