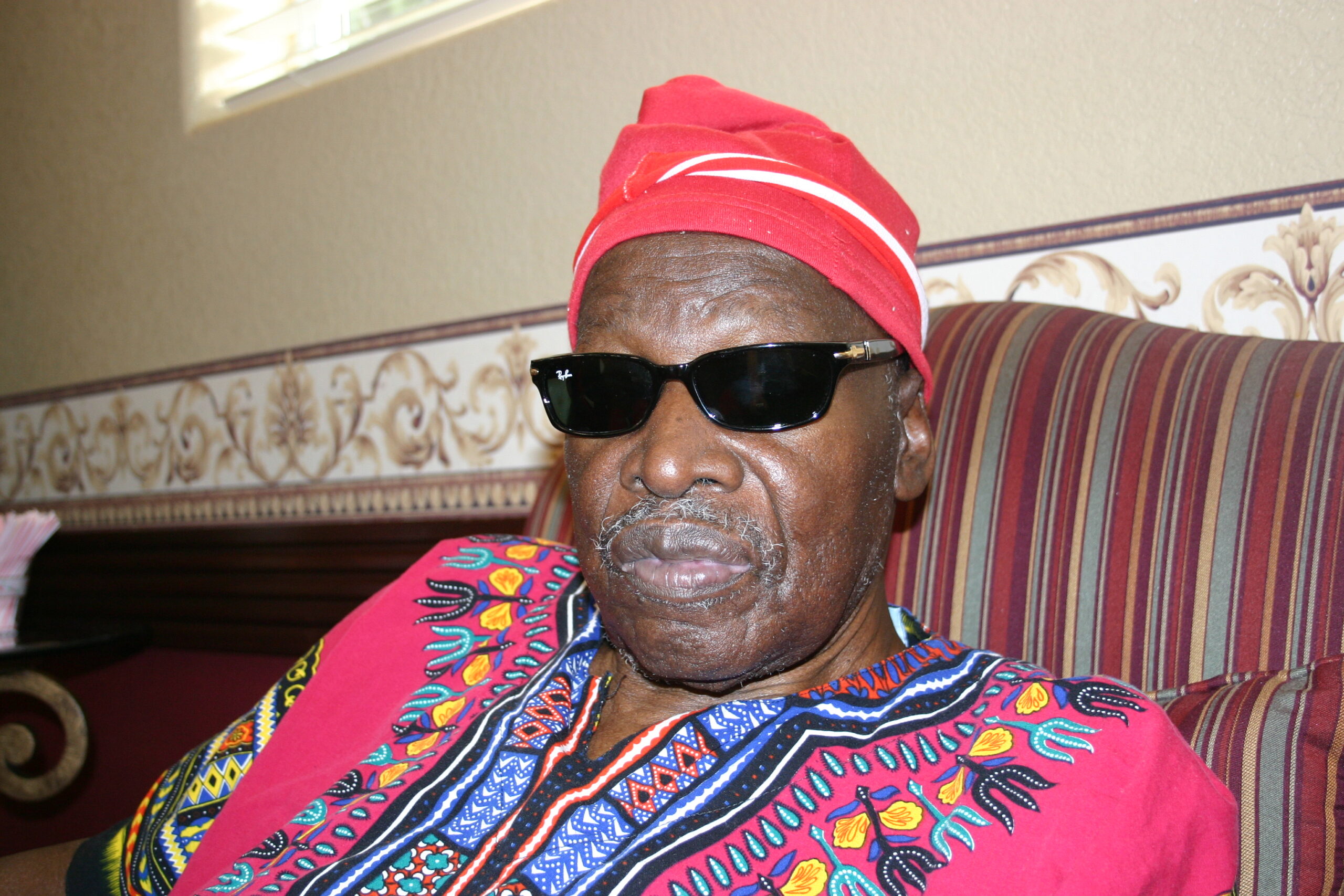 Actor Rudy Ray Moore was born on March 19, 1927 in Fort Smith, Arkansas as Rudolph Frank Moore. He moved to Cleveland at the age of fifteen and began singing in various nightclubs. At the age of seventeen he got a job in Cleveland’s Blue Flame Show Bar and Moonglow nightclub as a turban-wearing dancer working under the name “Prince DuMor.”

In 1950 27-year-old Moore was drafted into the Army where he served for 34 months. While in the service he began performing as the Harlem Hillbilly while he was part of an entertainment unit in Germany. After his stint in the Army he returned to the U.S. in 1952, lived briefly in Seattle, Washington before moving to Washington, D.C. where he recorded for Federal Records. Party records.” Mixing street rhymes with rap, he recorded “Step it up and go” in 1956. Decades later rap artists such as Snoop Dogg, Big Daddy Kane, and 2 Live Crew claimed Moore had inspired their work and careers. When his music and his onstage persona as Price DuMor, the turban-headed prince of the blues, didn’t catch on with East Coast audiences, he moved to California in the late 1950s and decided to perform under his real name.

Moore began working for the Dolphin’s of Hollywood record store in Los Angeles, California. One of his experiences there changed the direction of his career. A man named Rico, a wino, regularly came into the store asking for money for soup. Moore gave him money but only if he would do a street toast for him called Dolemite. Moore transformed the character into a kung fu-fighting pimp and incorporated him into his routine as he developed a new profession, stand-up comedian. His first comedy album, Below the Belt, was released in 1959.

Moore filled his comedy albums and routines with profanity, sex, and several raunchy traditional toasts which included Shine and the Great Titanic, The Signifying Monkey, and of course, Dolemite. Moore boasted (incorrectly) that he was the world’s first X-rated comedian. His comedy rhymes, backed by music and formatted as rhyming stories, became especially popular by the early 1970s. In 1970 he released two comedy albums, Dolemite and East Out More Often that eventually sold over one million copies combined.

By 1974 Moore produced, wrote, and starred in his first feature film, Dolemite. Filled with sex and raunchy language much like his albums, the film became both one of the most prominent examples of the emerging genre of blaxploitation movies of the era. Although not particularly successful at the box office as other films such as Sweet Sweetback’s Baadasssss Song or Shaft, it became a cult classic. Two years later Moore filmed The Human Tornado which was sometimes incorrectly referred to as Dolemite 2).

Moore appeared in 12 movies and TV series between 1976 and 2009 as well as short videos and video games. His last film, It Came from Trafalgar, was released in 2009 after his death. Rudy Ray Moore died in Akron, Ohio on October 19, 2008 due to complications from diabetes. He was 81. Moore did not marry. His mother, two brothers and a sister, a daughter, and grandchildren survived him. Actor and comedian Eddie Murphy portrayed Moore in the 2019 film Dolemite is My Name which was a tribute to the late comedian.