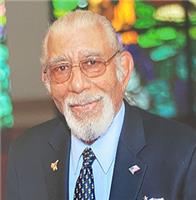 Tuskegee Airman Rudolph “Val” Archer was born in Woodlawn, a South Side neighborhood in Chicago, Illinois on April 13, 1929 to Osborn Archer, railroad laborer, and artist and homemaker Ruth Luella Seay. Ruth Archer passed away when Rudolph was twelve, and he began to deliver newspapers to help his father financially. He was often in trouble as a child and was part of a gang for a period.

At thirteen, Archer attempted to join the U.S. Navy and Marine Corps to escape his surroundings but was too young and told to return in a few years. Two years later, Archer altered his birth certificate and tried again to enlist, this time in the U.S. Army, and was accepted so that the recruitment facility could make its monthly quota. Within two days, Archer and a neighborhood friend traveled to basic training at Fort Sheridan, Illinois, which continued in Wichita Falls, Texas. Next there was technical training at Geiger Field in Spokane, Washington and then demolition training at Chanute Field in Illinois.

Archer was sent to Lockbourne Air Base in Columbus, Ohio in 1946 and was surprised to see that all the soldiers and officers were Black. There he was assigned to the 332nd Fighter Group commanded by famed Colonel Benjamin O. Davis Jr. and part of the 100th Fighter Squadron during World War II. Archer, trained as an instrument specialist and airplane mechanic, joined the unit after the war had ended. Two years later he transitioned to the newly created U.S. Air Force and served in both the Korea and Vietnam wars, becoming a crew chief and an instructor for TITAN I Intercontinental Ballistic Missile (ICBM) squadrons.

Archer worked on the B-25, P40, P47, and C47 aircraft in the post-World War II period. His tours included the Mariana Islands, Guam, Japan, and Korea. He obtained a University of Maryland associate degree through night classes during his service and a master’s degree from Syracuse University. After twenty-two years of service, he retired in 1967.

Throughout the 1960s and 1970s, Archer supported the Civil Rights and Women’s Rights Movements. By the late 1960s he served as vice-chair of the U.S. Commission on Civil Rights, Northeastern region and the New York State Human Right Commission. He was a public speaker and worked with numerous youth organizations to promote education and specialized training.

Archer was among the Tuskegee Airmen who were awarded the Congressional Gold Medal in 2007 at a White House ceremony led by President George H. Bush. In 2013, Georgia Congressman Henry C. Johnson honored Archer on the floor of the U.S. House of Representatives and May 18th was proclaimed to be Val Archer Day in Georgia’s 4th Congressional district.

Rudolph “Val” Archer passed away at 91 on October 3, 2020 in Atlanta. He is survived by his wife Victoria and two daughters.