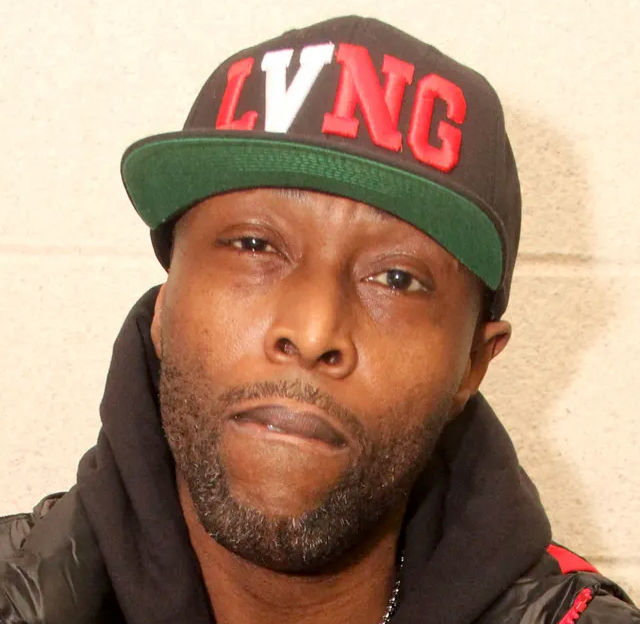 Robert “Black Rob” Ross was an American rapper formerly signed to the Bad Boy Records label and was best known for his hit single “Whoa!” Ross was born on July 12, 1969 in Buffalo, New York but he has kept many details about his early life a secret. He grew up in East Harlem and began rapping at the age of eleven, inspired by the storytellers of rap, Slick Rick and Doug E. Fresh. When Ross was twenty-two, he performed under the moniker “Bacardi Rob,” and formed his first group, The Schizophrenics, with friends Alto and Godzilla. The trio recorded several songs, but never released an album or single.

A friend introduced Ross to Sean “Puffy” Combs, resulting in a record deal with Bad Boy Records in 1996. He began to collaborate with other artists on the label such as 112, The Lox, Ma$e, and The Notorious B.I.G. Ross picked-up the torch as lead artist for the label after the death of B.I.G. He released his debut album Life Story in 1999, which reached platinum status, selling over a million copies. The album’s hit single “Whoa!” climbed to the top ten on R&B/ Hip-Hop lists and peaked at number forty-three on the Billboard chart.

Ross was jailed briefly in 2000 and in 2004 he pled guilty to stealing $6,000 worth of jewelry from a woman’s purse at a New York hotel. He was sentenced to jail in 2006, released in 2010, and subsequently dropped from Bad Boy Records. Ross then signed with the label, Duck Down Records, and released his second album, The Black Rob Report, in 2005 which did not reach the Billboard charts. His third album, Game Tested, Street Approved, was released in 2011 and peaked at number forty-four on the Billboard list. He also started his own Box-In-One record label with his new manager Jeremy Mosley the same year.

Ross joined the United Paramount Network (UPN) reality series Come Back Kings in July 2013, which featured Ed Lover, Calvin Richardson, Mr. Cheeks, Horace Brown, Lil Cease, Jeff Sanders, and David “Davinch” Chance among others. Ross released his fourth album, Genuine Article, in 2015 with Slimstyle Records. Later that year he suffered a stroke struck due to high blood pressure. He continued to struggle with his health over the next few years, suffering from a series of strokes, but reunited with the Bad Boy crew for the 2016 Bad Boy Family Reunion Tour.

Throughout his career Ross collaborated with numerous artists such as Akon, J. Lo (Jennifer Lopez), Cappadona, Ol’ Dirty Bastard, and Busta Rhymes among others. The decline in Ross’s health sent him to the hospital in April of 2017. He was on dialysis and his health deteriorated. A GoFundMe account was set-up to help him pay his medical expenses and he received over $7,000 in donations before the account closed.