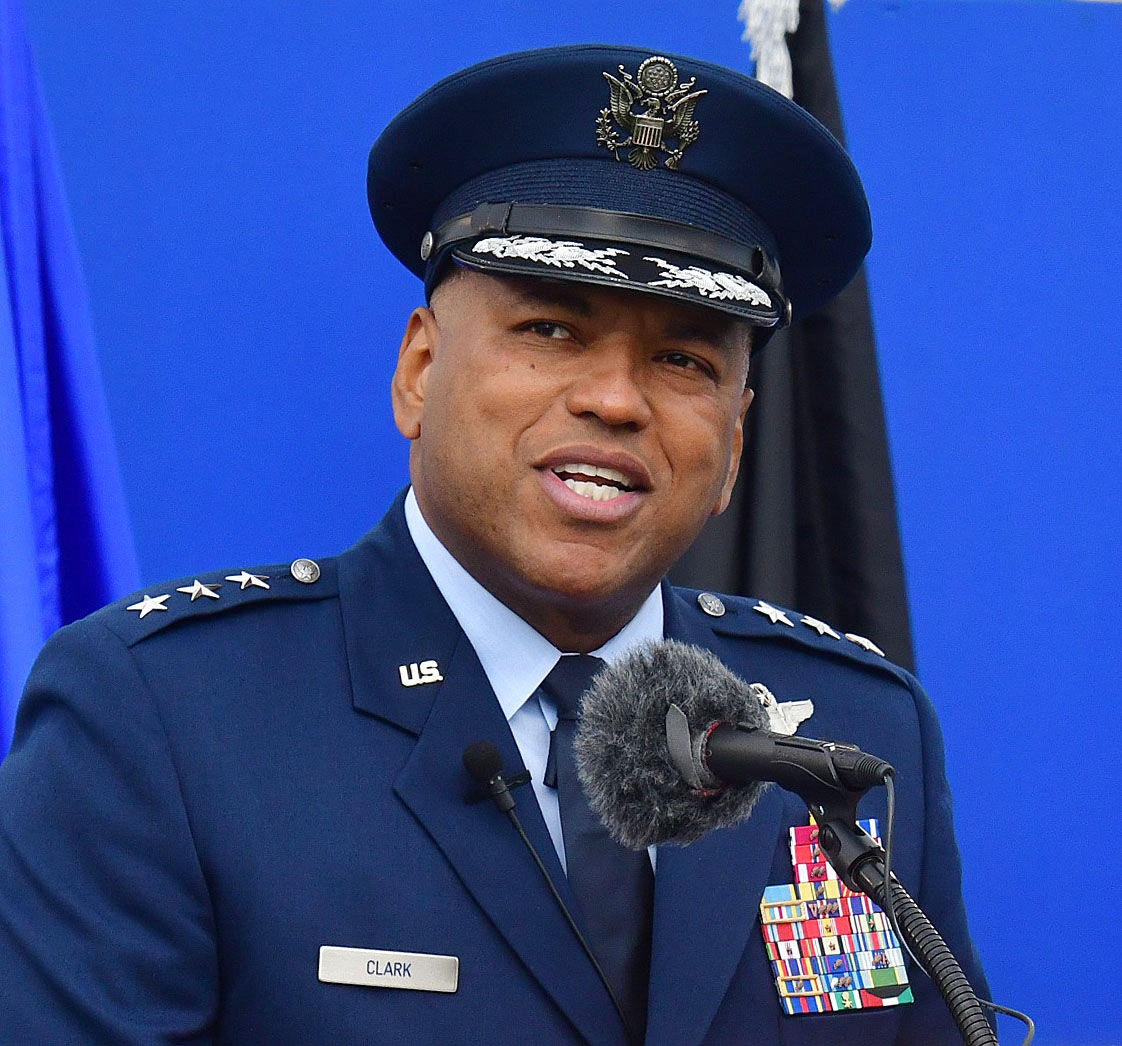 Fulfilling a dream he held onto for nearly a decade, on September 23, 2020, three-star Gen. Richard M. Clark, at a ceremony in Falcon Stadium, took command as top administrator of the U.S. Air Force Academy, in Colorado Springs, Colorado. Born in Frankfurt, Germany, in 1964, he was one of six children in the blended family of former elementary schoolteacher Margo Hunter, his mother, and stepfather Dr. Richard C. Hunter, who was once superintendent of public schools in Baltimore, Maryland, and in Richmond, Virginia. Clark attended Jefferson-Huguenot-Wythe High School in Richmond. A stellar high school athlete on the football and track teams (first-team all-state for both), in 1982 he started as a cadet at the Air Force Academy and was an outstanding football lineman.

Clark finished the Academy with a degree in operations research in 1986. By the end of the next decade he had become a graduate of the Squadron Officer School at Maxwell Air Force Base, Alabama, National War College, National Defense University, and the Naval War College, all in Washington, D.C., and he studied security and foreign relations at Syracuse University and Harvard University. Clark also earned a master’s degree at Webster University in St. Louis in human resource management; attended the weapons school at Ellsworth AFB (South Dakota); and was awarded an honorary doctorate from the University of Maryland.

A command pilot, Clark logged nearly 5,000 flight hours starting with training planes like the Learjet C-21, T-1 Jayhawk, T-38 Talon, and T-6 Texan II; and large aircraft such as the Rockwell B-1 Lancer bomber, the Boeing EC-135 Looking Glass bomber, and the Boeing KC-135 Stratotanker. The opportunity to prove his mettle and skills in combat came during the global war on terror when he flew 400 hours during the Iraq War and was given the Distinguished Flying Cross.

After command assignments at the Pentagon, Air Force bases in the United States (Ellsworth, Randolph, and Barksdale), and service as director of Joint Interagency Task Force-Iraq, and Multi-National Force-Iraq in Baghdad, Iraq, he returned to his alma mater as Commandant of Cadets for a two-year stint, 2010 to 2012. His next major assignment was in 2016 in Germany at Ramstein Air Base, where he was in charge of Third Air Force. Clark was back at the Pentagon in 2018 as deputy chief of staff, Strategic Deterrence and Nuclear Integration, Headquarters U.S. Air Force.

President Donald Trump nominated Clark in July 2020 to become superintendent of the United States Air Force Academy, replacing retiring Superintendent Lt. Gen. Jay Silverio. Clark was the first to serve as both the Academy’s African American chief and as a former Commandant of Cadets to return to lead the Academy. Among his many recognitions are Legion of Merit with oak leaf cluster, Combat Action Medal, Aerial Achievement Medal, Bronze Star Medal with oak leaf cluster, and Nuclear Deterrence Operations Service Medal. Attending his Change of Command Ceremony in 2020 were his wife, Amy, and daughter, Zoey.