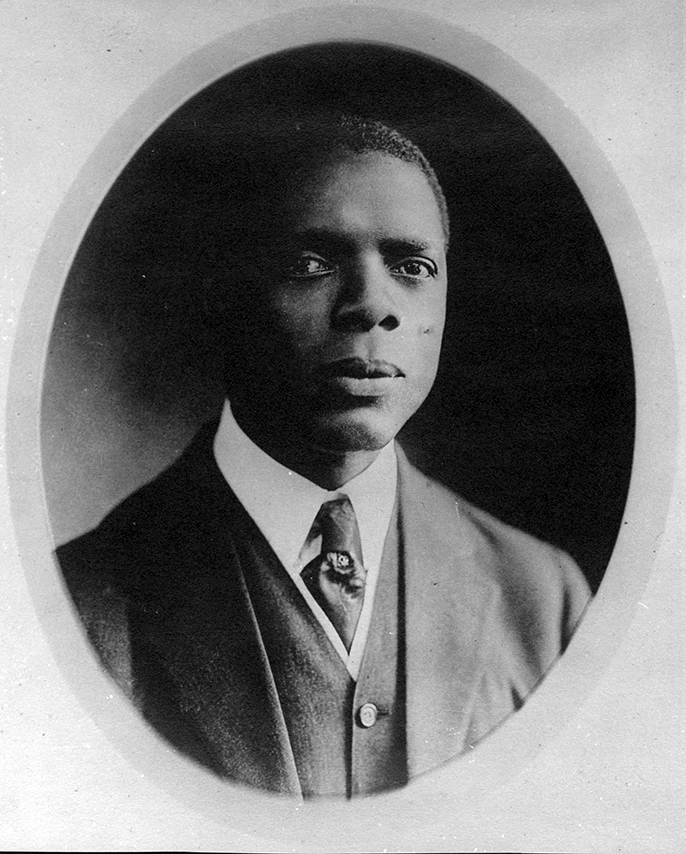 Image Courtesy of The History Cooperative

William Pickens was born January 15, 1881 in Anderson County, South Carolina. His parents were liberated slaves who migrated to Arkansas when he was a young boy.  Young Pickens worked in cotton fields and in sawmills while attending the local segregated public school.  Pickens entered Talladega College in Alabama in 1898 and left four years later as the school’s most illustrious graduate in its history. In 1902 he entered Yale University in Connecticut and was elected to Phi Beta Kappa where he won the Henry James Ten Eyek Prize over 37 competitors in 1903.  Pickens became an expert linguist and graduated from Yale with a second B.A. degree in classics in 1904.  In 1905 Pickens married Minnie Cooper McAlpine. The couple had three children.

William Pickens returned to Talladega and taught foreign languages there for the next decade.  Beginning in 1914 he spent two years at Wiley College in Texas and then became Dean of Academics at Morgan State College in Baltimore, Maryland in 1916.

William Pickens wrote his first autobiography, The Heir of Slaves, in 1911. In the book he stressed the importance of education.  He also credited much of his success to his family, different teachers who guided him and the techniques he used to produce his accomplishments.

Pickens’s second autobiography, Bursting Bonds, appeared in 1923.  Taking into consideration the widespread race-inspired attacks on African Americans both in the urban riots of 1919 and 1921 and by lynching, Pickens used the book to again describe his own remarkable odyssey but also to demand full citizenship for all African Americans. Bursting Bonds is widely considered the beginning of the transition of black autobiographies from the deferential tone of Booker T. Washington’s Up From Slavery toward the confrontational stance represented by books such as Richard Wright’s Black Boy.

In addition to his academic accomplishments, Pickens was an active member of the National Association for the Advancement of Colored People (NAACP).  In 1918 he was named the organization’s director of branches.  Pickens now traveled the country but particularly the South encouraging the creation of new branches.  William Pickens would hold various posts with the NAACP for the next two decades.  On January 15, 1923 for example, Pickens, as NAACP Field Secretary, was one of eight people who sent the “Garvey Must Go” letter to U.S. Attorney General Harry M. Daugherty, which is widely credited with providing crucial African American support for the arrest of Marcus Garvey.  In August 1927, however, Pickens, in a public letter to the New Republic, called for Garvey’s release from prison.

In the 1930s Pickens, as an NAACP official was involved in the Scottsboro Case and the campaign to support Ethiopia after its invasion by Italy. Pickens’s daughter Harriett was one of the first black Naval officers in World War II.  Once charged with subversive activities by the House Committee on Un-American Activities because of his friendship with Socialist leader Norman Thomas and his work with the League for Industrial Democracy, Pickens by 1941 left the NAACP and became an employee of the U.S. Treasury Department.  In 1946-1947, for example, he traveled across the United States in 1946-1947, urging the sale of U.S. Savings Bonds.

Pickens once said, “Color had been made the mark of enslavement and was taken to be also the mark of inferiority; for prejudice does not reason, or it would not be prejudice… If prejudice could reason, it would dispel itself.”

William Pickens died in 1954 aboard the RMS Mauretania while taking a pleasure cruise with his wife off the coast of South America.