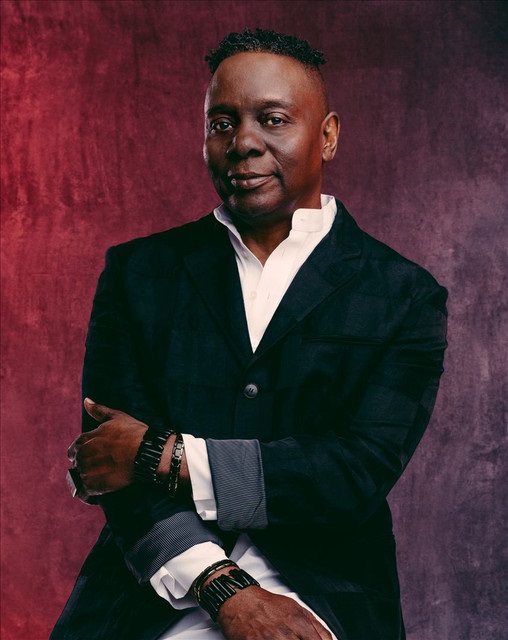 Philip James Bailey, an eight-time Grammy Award-winning singer, composer, lyricist, and percussionist, was born on May 8, 1951, in Denver, Colorado, to Edward Alverna Bailey and Elizabeth Crossland. He attended Denver public schools, graduating from East High School in 1969. He then enrolled at the University of Colorado to study music.

In 1972, Maurice White, the founder of the legendary R&B band Earth, Wind & Fire, invited Bailey to become lead vocalist. Two years later Bailey sang on the single “Reasons” from the group’s album That’s the Way of the World for Columbia Records.

In 1985, Bailey’s single “Easy Lover,” a collaboration with Phil Collins, from the album Chinese, released on the Columbia label, reached no. 2 on the Billboard Hot 100 and remained on the chart for 23 weeks. The entire album reached no. 10 on the Billboard Top R&B/Hip-Hop Albums chart and no. 22 on the Billboard 200 chart and had total sales of more than 500,000. Bailey subsequently received a Grammy Award nomination for “Best R&B Vocal Performance, Male” in 1985.

During this entire period Bailey remained affiliated with Earth, Wind & Fire and became the on-stage leader of the group in 1994 after the retirement of Maurice White. He also released his self-titled studio album Philip Bailey on Zoo Entertainment in 1994, and the jazz albums Dreams in 1999 and Soul on Jazz in 2002. The albums peaked at no. 43 and 45 respectively on the Billboard Jazz Albums chart.

Bailey has been married three times (to Janet Bailey, Valerie Bailey, and Krystal Johnson-Bailey) and is the father of two sons, Philip Bailey Jr. and Jalen, and a daughter, Pili Asabi Foluke Titilayo Bailey (with Jeanette Hutchison of the female vocal group The Emotions).

An influential popular culture artist for more than 50 years, Bailey was awarded an honorary doctor of music degree from Berklee College of Music in 2008. In 2010 he was inducted into the Songwriters Hall of Fame.