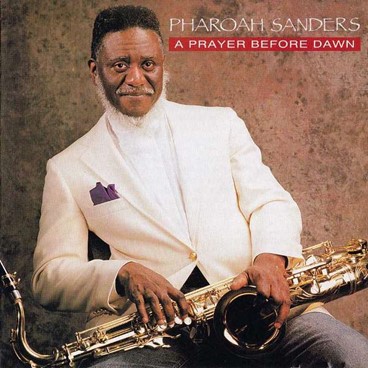 Composer/ Improvisational Jazz saxophonist Pharoah Sanders was born on October 13, 1940, in Little Rock, Arkansas, as Farrell Sanders. An only child, Sanders’ mother worked as a cook in a school cafeteria, and his father worked for the City of Little Rock. They, too, were musical and taught him the rudiments of music.

Sanders began music studies on the clarinet at an early age and was continued through his high school years, at which point he added the saxophone. Also, he had a great love of painting. He graduated from the segregated North Little Rock High School in North Little Rock in 1959. After receiving his diploma, Sanders immediately moved to Oakland, California, and attended Oakland Junior College, where he studied Fine Art and music. While studying, he freelanced as a tenor saxophonist in the Bay area until 1962, hitchhiked a ride to New York City, and in 1963 formed his ensemble with percussionist John Hicks and bassist Wilbur Ware, playing at New York’s Village Gate. In 1965, John Coltrane invited Sanders to join his band 1965, and was featured on Coltrane’s albums Ascension and Meditations. In 1966 Sanders signed with Impulse Records and released his first studio album, Tauhid (about ancient Egypt). On this album he began experimenting with non-Western instruments and exploring using voice performance techniques in a more accessible context.

With the death of John Coltrane in 1967, Sanders recorded with his widow, composer/harpist Alice Coltrane. However, in 1969, Sanders was back with Impulse Records releasing the album, Karma (spiritual jazz) which reaching no. 188 on Billboards’ Top 200 jazz albums and stayed charted for four weeks. In 1971, he released the albums Black Unity and Thembi, with the latter named in honor of his South African wife, reached no. 175 on the jazz albums chart and remained there for three weeks. In 1977 Sanders recorded his most successful album, Love Will Find a Way, on the Arista label. It peaked at no. 163 and remained there for 5 weeks in 1978. The album Shukuru, named after his second wife, was released in 1981 on the Theresa label. In 1988, Sanders and McCoy Tyner, Roy Haynes, Cecil McBee, and David Murray won a Grammy Award for Blues for Coltrane: A Tribute to John Coltrane.

In 1994, Sanders went to Morocco to record the Bill Laswell-produced album The Trance of Seven Colors with Moroccan musician Mahmoud Guinia. In 1995, he released Message from Home and Save Our Children 1998 on Verve Records.

In 2000, Sanders released Spirits, followed in 2003 by The Creator Has a Master Plan. In 2015 Sanders was granted The Jazz Master Award from the National Endowment for the Arts (NEA). It was the highest award in the U.S. for jazz.

Eighty-one-year-old Pharoah Saunders, who has released more than 30 albums over his career, recorded Promises in 2021 after a nearly 20-year hiatus.