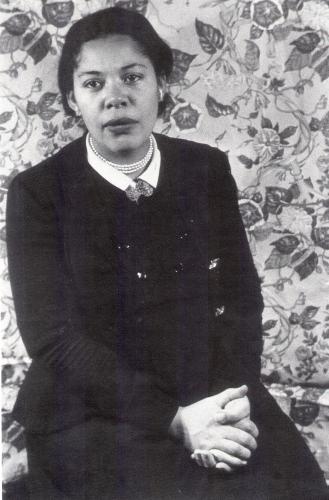 Like her father, Ann was trained as a pharmacist and practiced in the family’s drugstores in Old Saybrook.  However, she always wanted to write.  In 1938, she married George D. Petry of Louisiana and moved with him to Harlem, New York, where she began her career as a writer.  In 1943, she took a job working as an editor, columnist, and reporter for the People’s Voice.  She also took courses in writing at Columbia University and joined the American Negro Theatre in Harlem in the 1940s.

Petry emerged as a novelist in 1946. Her first book, The Street, was her rendition of neighborhood life in Harlem.  The Street presented a powerful and painful portrait of the effects of racism and sexism on an African-American mother as she attempts but fails to provide a better life for herself and her son in an urban environment.  The book subverted gender roles to challenge patriarchal domination in the 1940s, suggesting a feminist discourse long before it was popular in literature.  The novel made Petry the first African-American woman writer to attain bestseller status and she won several literary awards thereafter.  Petry was unprepared for the public attention garnered by her bestselling novel and sought sanctuary by moving back to her hometown, Old Saybrook.

The Street was followed a year later by Country Place.  Petry did not publish another novel until 1971 when The Narrows appeared.  She also published Miss Muriel and Other Stories in 1971.  Petry did publish several short stories and children’s books in the 1950s and 1960s.  In her novels, Petry shows how biases of race, gender, class, and age influence the lives of all people, regardless of whether they are women or men, black or white, rich or poor.

Petry’s first two novels, though set in Harlem are often considered part of the Chicago (Illinois) Black Renaissance (1935-1953) in literature, and are often compared with the works of the prominent Chicago writer and social critic Richard Wright.  Both authors held a deterministic outlook for urban America, seeing black urban life as a site of hopelessness that generated only slums and limitations, especially after the Great Migration.

In 1958, she left Old Saybrook for the first time in a decade to work on a Hollywood movie script for That Hill Girl.  She later served as visiting professor at Miami University of Ohio in 1972 and the University of Hawaii in 1974.  In 1983, 1988, and 1989, she received honorary degrees from Suffolk University, the University of Connecticut, and Mount Holyoke College.  Through all of this, Ann Petry consistently returned to her hometown, where she died on April 28, 1997 at the age of 88.