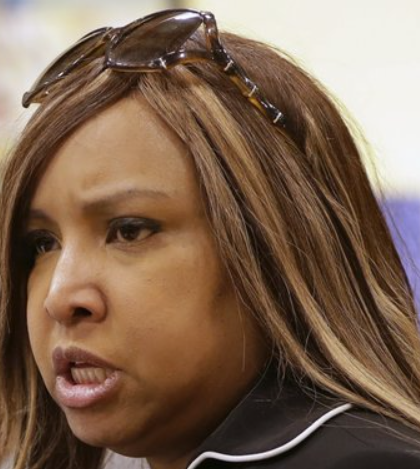 In June 2017, Lynne Patton, Vice President of the Eric Trump Foundation and a senior assistant to Eric Trump, was appointed by President Donald Trump to head the U.S. Department of Housing and Urban Development’s (HUD) Region II office, which manages the department’s activities in New York and New Jersey.  As head of the largest HUD regional office in the nation, she oversees the distribution of billions of dollars to state and local agencies, as well as tens of thousands of rental vouchers and block grants that fund housing inspections and senior citizen programs.

Patton was born in 1973 in Alabama but was raised as an only child in Connecticut. Her mother was a former prep school foreign language teacher. Her father, Curtis L. Patton, holds a Ph.D. and is Professor Emeritus of Epidemiology at Yale University.  She graduated from the University of Miami in Florida with a B.A. in English Literature and Psychology. In 1992, as an undergraduate student, she experienced Hurricane Andrew which led her to train with the American Red Cross and become a Mass Disaster Shelter Supervisor. Since then, she has supported victims in natural disasters including Hurricane Katrina and the Northridge Earthquake in California. After graduating, Patton attended Quinnipiac University School of Law for two years but did not earn a law degree. Beginning in 1997, Patton worked as Head Paralegal of Product Liability at Early, Lucarelli, Sweeney & Strauss, LLC and as a White Collar/SEC Litigation Legal Assistant at Day Pitney, LLP.

Patton began working with the Trump family in 2009, and over time developed a close relationship with them. She joined the Eric Trump Foundation in 2011 where she planned fundraising events and coordinated donations. She also oversaw all social media responsibilities for the Eric Trump Foundation.  In 2014, she was the wedding planner for Eric Trump’s wedding to Lara Yunaska at Mar-a-Lago, the Trump estate in Palm Beach, Florida. Patton has also helped plan media appearances, events, and travel for Donald J. Trump before he became president. She has worked in a similar capacity for Ivanka Trump. Additionally, Patton oversees the relationship between Eric Trump Foundation and St. Jude’s Research Hospital in Memphis, Tennessee, one of the major recipients of the foundation’s donations.  She helped persuade the foundation to donate $20 million to establish the Eric Trump Foundation Surgery & Intensive Care Unit at the hospital.

Patton gained public attention after her speech in at the 2016 Republican Convention. As one of the speakers under the theme “Make America First Again,” she vouched for Donald Trump.  In a controversial move, she said that recent police killings of unarmed African Americans were an attack on American ideals.  She said before the overwhelmingly white and conservative convention, “sadly though, there is no one person in this room that can deny that, historically, black lives have mattered less.”

In response to polls that showed Trump had little support from African Americans, Patton posted a photo of herself with Dr. Ben Carson, released a YouTube video in support of Trump, and spoke out against those who criticized Trump’s immigration stance.  Currently, Patton lives in New York with her longtime boyfriend, Andrew.