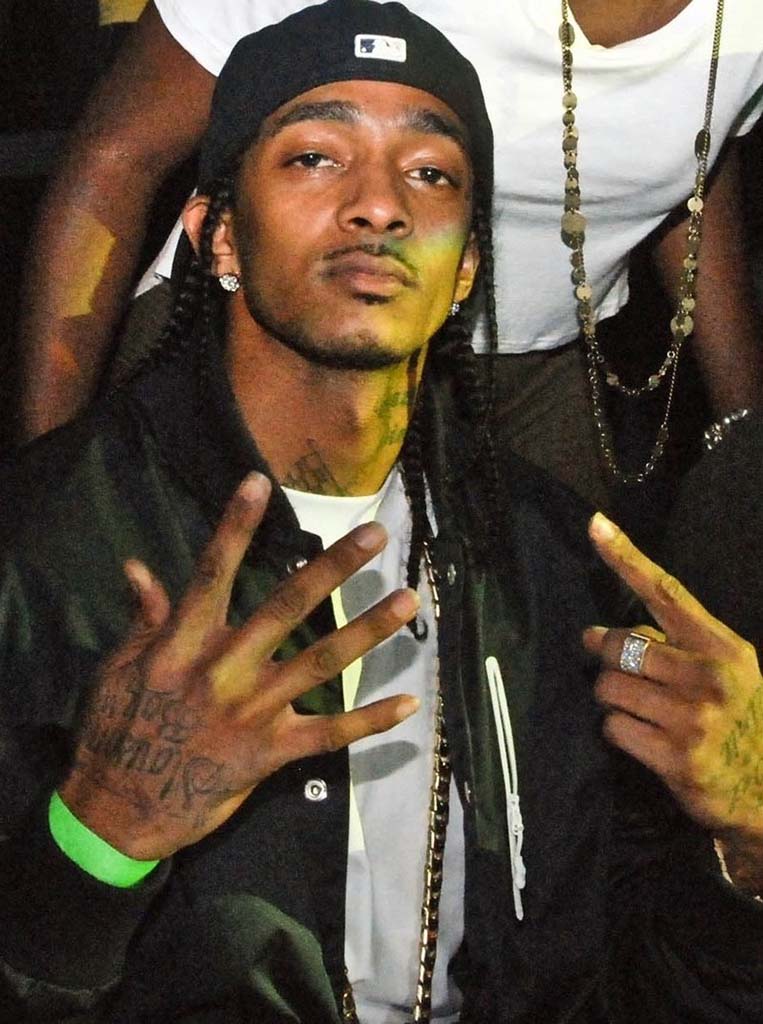 Ermias Joseph “Nipsey Hussle” Asghedom was a Grammy-nominated rapper and songwriter. Nipsey Hussle was born on August 15, 1985 in Los Angeles, California, to Dawit Asghedom, an Eritrean immigrant, and Angelique Smith an African American from Los Angeles. He also had an older brother, Samiel Asghedom, and sister, Samantha Smith. Growing up in the poverty-stricken gang environment of South Central Los Angeles, he got involved in the gang life by joining the Crips at a young age. Hussle attended Alexander Hamilton High School which he later dropped out before graduating because he was accused of breaking into a school computer lab.

Hussle was also arrested for pretty crimes which sent him to a juvenile detention facility. Determined to change his life, he started to focus on his music career. He adopted the name “Nipsey Hussle” from comedian Julius “Nipsey” Russell. In 2005, he released his first mixtape called A Slauson Boy. He released other mixtapes such as Bullets Ain’t Got No Name, Vol. 1 (2008), Bullets Ain’t Got No Name, Vol. 2 (2008), and Bullets Ain’t Got No Name, Vol. 3. His other mixtapes included The Marathon (2010), The Marathon Continues (2011), Crenshaw (2013), and Mailbox Money (2014). During his rap career, Nipsey Hussle worked with hip hop artists such as Drake, Y.G., Sean “Diddy” Combs, and Snoop Dogg. He also had a brief acting career in films like Bone Thugs-N-Harmony I Tried (2007), Love Chronicles: Secrets Revealed (2010), and Caged Animal (2010).

In 2018, Nipsey Hussle released his only studio album called Victory Lap. That album was nominated for best rap album at the Grammy Awards in February 2019. On March 31, 2019, Nipsey Hussle was shot and killed outside a store that he owned called Marathon Clothing. Two other men, Kerry Lathan and his nephew, were wounded in the shooting. Hussle was rushed to a Los Angeles hospital where he later died from the gunshot wounds.

Two days later, 29-year-old Eric Holder was arrested for his murder. Holder who was a rapper and gang member himself revealed that his motive in murdering Nipsey Hussle stemmed from an ongoing dispute he had with the rapper. Following Nipsey Hussle death, Blood and Crip gangs in Los Angeles, Compton, Watts, and Inglewood called a truce to honor his memory. His funeral was held at the Staples Center in Los Angeles on April 11, 2019. Numerous celebrities attended his funeral including Snoop Dogg, Louis Farrakhan, and Steve Wonder. Hussle was 33 when he died. He was buried the following day at the Forest Lawn Hollywood Hills.

At the time of his death, he was dating actress Lauren London. The couple had a son, Kross Asghedom in 2016. He also had a daughter, Emani Asghedom, from a previous relationship.