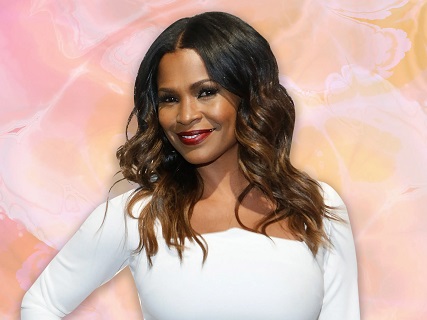 Actor, producer Nia Long of Trinidadian heritage, was born Nitara Carlynn Long on October 30, 1970, in Brooklyn, New York, to Talita Gillman Long, an educator, and printmaker, and Doughtry Long, an educator, and poet. However, she was reared in Los Angeles, California. She has an older sister, Lori Ann Rambough, on her father’s side.

Long attended St. Mary’s Academy, a Roman Catholic school for girls in Inglewood, California. After school, she was enrolled in Classical Ballet, jazz, tap, and acting classes. In 1989, she graduated from Westchester High School, a public school in Los Angeles. From 1991 to 1995, Long was the actress, Beulah “Lisa” Wilkes, who portrayed the girlfriend of actor Will Smith on the popular television show, The Fresh Prince of Bel-Air.

In 2020, Long was the principal actor in the psychological thriller Fatal Affair about a lawyer, Ellie, and her husband, Marcus, who had a devastating automobile and a long recovery. And in 2021, Long accepted a contract to appear on to ABC’s Let the World See, where she read excerpts from Mamie Till-Mobley’s memoir Death of Innocence: The Story of the Hate Crime that Changed America. The book described Till-Mobley’s campaign for justice after her son Emmett Till, was lynched in Money, Mississippi in 1955 after being accused of looking at white women when he was 14.

Nia Long, the mother of two sons, Massai Zhivago Dorsey II, and Kez Sunday Udoka, has worked with Yolanda Adams’s music video for This Too Shall Pass and co-directed Ashanti’s music video, Baby. She continues to act, direct, produces, and volunteer her time at the Sterling Children’s Home, a 21-room residence in St. Philip, Barbados.