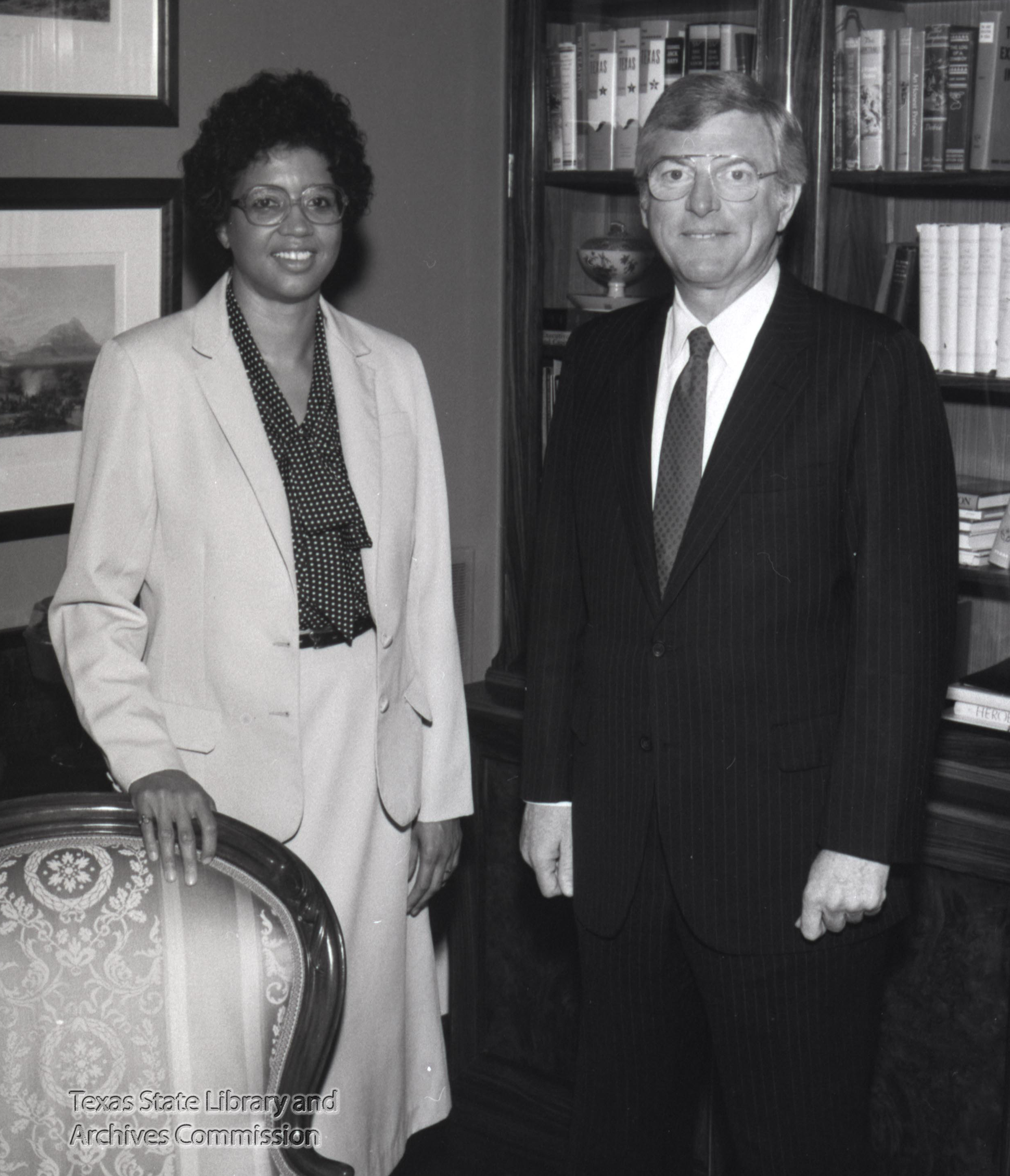 Myra Atwell McDaniel was the first African American in Texas history to serve as the Secretary of State and at the time, the highest ranked African American appointee in the history of Texas government. Born in Philadelphia, Pennsylvania on December 13, 1932, McDaniel was one of three children born to Toronto and Eva Lucinda (Yores) Atwell and raised by her mother who worked in a packing store.

McDaniel attended the prestigious Philadelphia High School for Girls and was given a scholarship to attend the University of Pennsylvania where she studied English literature and received a B.A degree in 1954. Before entering law school McDaniel served as a management analysis and administrator for the Veterans Administration and worked at Baldwin Wallace College in Ohio and at Indiana University. After working for five years as a management analyst, she married Dr. Ruben R. McDaniel, Jr., Professor of Management Science and Information Systems at the University of Texas at Austin and to this union two children were born, Ruben, III and Diane. McDaniel entered law school at the age of thirty-nine and received her Juris Doctor degree from the University of Texas School of Law at Austin in 1975, a Doctor of Laws from Huston-Tillotson College in 1984 and Doctor of Law, Jarvis Christian College in 1986.

In 1975, McDaniel began her legal career at the Office of the Attorney General of Texas as an assistant attorney general and was later promoted to chief of the taxation division from 1979 to 1981. She also served as assistant general counsel for the Texas Railroad Commission from 1981 to 1982. Later in the year McDaniel served as general counsel for the William B. Wilson Company in San Antonio and Midland, Texas.

From 1983 to 1984 McDaniel served as general counsel to Texas Governor Mark White. In 1984, after three months of serving as an associate at Bickerstaff, Heath & Smiley, an Austin, Texas law firm, and only nine years out of law school, Governor White appointed McDaniel to the position of Secretary of State. McDaniel served in this position from 1984 to 1987. She resigned in 1987.

Soon after serving as Secretary of State, McDaniel served as counsel to Austin Community College and Capital Metro and returned to private practice, with Bickerstaff Health & Smiley as partner from 1987 to 1996. McDaniel became the first African American woman to lead a major law firm as managing partner in 1996 at Bickerstaff, Heath, Smiley, Pollan, Keever, and McDaniel, L.L.P. McDaniel practice law in Austin, Texas for more than thirty years until her retirement in 2007.

McDaniel was a member of many civic and community boards, including the Board of Trustees of Bishop Quinn Foundation in the Episcopal Diocese of Texas, St. Edward’s University, Seton Hospital and the Episcopal Seminary of Southwest. She was also the senior warden of Saint James Episcopal Church. McDaniel received numerous community service awards through her distinguished career including the Sandra Day O’Conner Award for Professional Excellence in 2006.

Myra McDaniel died at the age of 77 on February 25, 2010. At the time of her death, she was survived by her husband, two children, seven grandchildren, four great-grandchildren, her sister and two sisters-in-law.