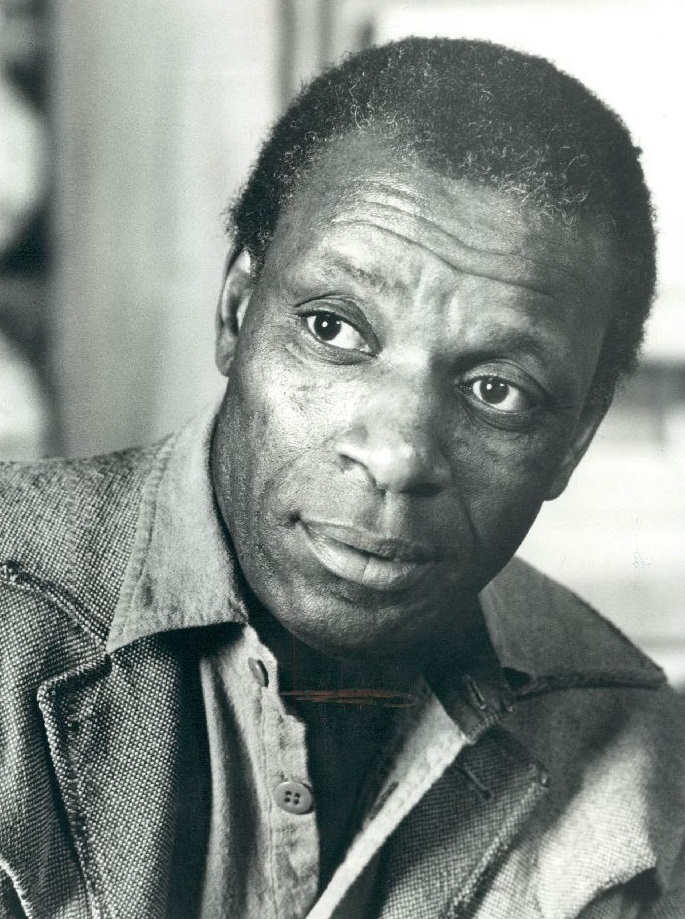 American actor of stage and screen. He is perhaps best known known for films such as Shaft (1971), Ragtime (1981), and Heartbreak Ridge, (1986). He won his first Obie Award for his portrayal as Aaron in Shakespeare’s Titus Andronicus, and was nominated for a Tony Award for Best Actor in The Poison Tree (1976). In the 1960’s he co-founded The Negro Ensemble Company.

Moses Gunn was born on October 2, 1929 in St. Louis, Missouri. His parents were Mary and George Gunn, a laborer. He was the eldest of seven children. When his mother died, the family split up. At twelve years old, he left home and rode the rails. Upon his return to St. Louis, he lived in the home of Jewel Richie, his English and diction teacher.

In 1954, Gunn enlisted in the U.S. Army where he served for three years. In 1957, he enrolled in Tennessee State University and received a B.A. degree two years later. From 1959 to 1961, he attended graduate school at University of Kansas where he studied speech and drama, but he didn’t receive an M.A. until he returned in 1989 to complete graduate work. Before moving to New York to begin his acting career in 1962, he taught briefly at Grambling University to earn enough to support his move.

Gunn start acting at age thirty-two. Honing his acting skills, he performed in several of Joseph Papp’s Shakespeare in the Park plays and in one, Titus Andronicus, he played Aaron and subsequently won an Obie for his performance. Gunn was also recognized for his work with the Yale Repertory Company and The New York Shakespeare Festival. In 1962, Gunn made his Off-Broadway debut in Jean Genet’s The Blacks. His Broadway debut came in 1966 in A Hand is on the Gate, an evening of African American poetry. In 1968, Gunn co-founded The Negro Ensemble Company, a New York-based theater company along with playwright Douglas Turner Ward, producer/ actor Robert Hooks, and theater manager Gerald S. Krone.

Moses Gunn was best known for his portrayal of mobster Ellsworth Raymond “Bumpy” Jones in Gordon Park’s Shaft (1971). He reprised the role in Shaft’s Big Score (1972). In 1977, Gunn was nominated for an Emmy Award for his television role as Chieftain Kintango in Roots, the TV miniseries. In 1981, he received the NAACP Image Award for his portrayal as Booker T. Washington in Ragtime. In Heartbreak Ridge (1986) starring Clint Eastwood, he played Sargent Webster.

Gunn appeared in numerous television series such as The Cosby Show, Good Times, A Man Called Hawk, and Equal Justice. He co-starred in Athol Fugard’s “The Blood Knot,” an episode of Theatre 625, a British television drama anthology series. He was to play Judge Richard Ferris in The Stand (1994) but was replaced by Ossie Davis when he died.

Gunn was married in 1966 to Gwendolyn Mumma Landes. His son Justin Moses Gunn is a guitarist in the band Rev. Shine Snake Oil Company. His stepdaughter is Kristen Sarah Landes Mudd. Gunn died in Guildford, Connecticut on Dec. 16, 1993, from complications from asthma.