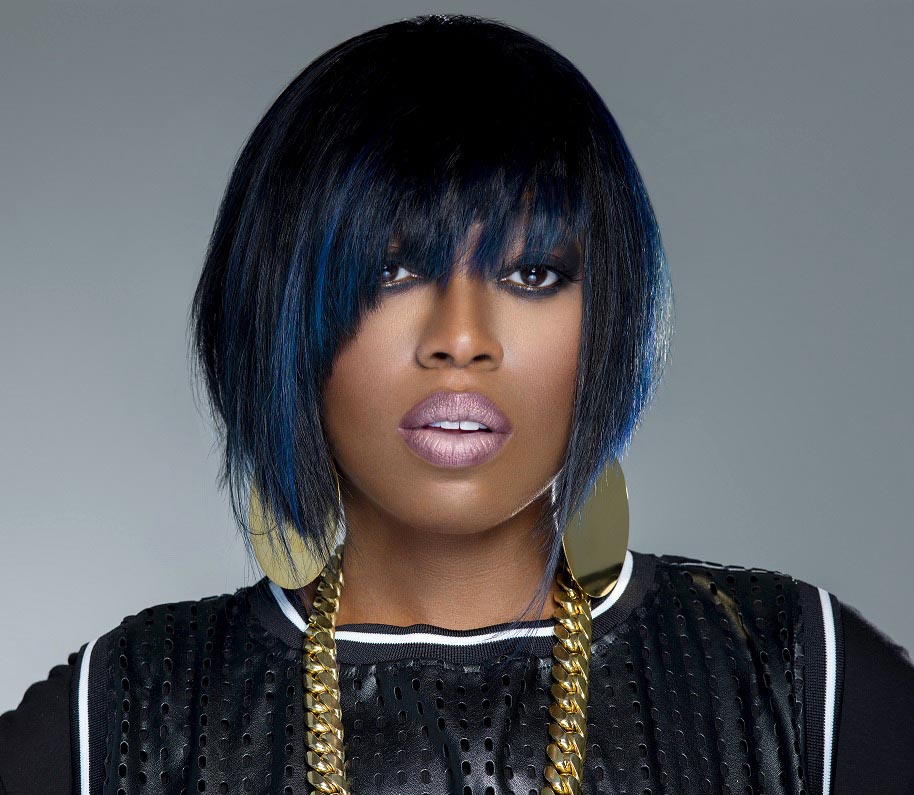 Melissa “Missy” Arnette Elliott, songwriter, rapper, and music producer, was born on July 1, 1971 to power company dispatcher Patricia Elliott and U.S. Marine Ronnie Elliott at Naval Medical Center, Portsmouth, Virginia. Elliott had a troubled childhood while the family lived in Jacksonville, North Carolina. A cousin molested Elliott when she was eight years old and her father physically abused her and his wife, Patricia. In 1985, Elliott and Patricia left Ronnie and moved to Hodges Ferry, Virginia. Missy graduated from Portsmouth’s Manor High School in 1990.

Involved in her local church and choir, Elliott in 1991 started Fayze, an all-female R&B group whose producer was neighborhood friend Timothy “Timbaland” Mosley. Their success caught the attention of Jodeci member and producer DeVante Swing who signed them with Elektra Records’ Swing Mob imprint. Elliott and Fayze relocated to New York City and changed their name to Sista’s. Elliot began working with artists such as Raven-Symone’, Ginuwine, Tweet, Mary J. Blige, and Craig Mack. Swing Mob folded in 1995 and Elliott, Timbaland, Magoo, Ginuwine and Playa remained and worked together as The Superfriends.

Elliott has released six albums and appeared as herself in films and television shows. Her UPN network reality show The Road To Stardom with Missy Elliott lasted one season (2005). Her career stalled after being diagnosed with Graves disease, an autoimmune disorder, in 2008 although she has not had any complications after treatment. Elliott’s surprise return at the 2015 Super Bowl halftime show, alongside artist Katy Perry, made it the most watched halftime show in NFL history (118.5 million viewers). First Lady Michelle Obama enlisted Elliot, Kelly Clarkson, Janelle Monae, and Zendaya to create “This Is For My Girls” song for her 2016 global initiative “Let Girls Learn.”

Elliott’s music videos’ experimental concepts are unique, inspiring many artists. They resulted in Elliot winning eight MTV Video Music Awards, four Grammy Awards, six BET awards in various categories, and a Billboard Women in Music Award for Innovator. She was inducted into the Songwriters Hall of Fame and in 2019 received the Michael Jackson Video Vanguard Award, becoming the first female to have both distinctions. Also in 2019, Berklee College of Music bestowed an honorary Doctor of Music on Elliott and the United Nations gave her the Women’s Entrepreneurship Day Music Pioneer Award. Missy Elliot continues to produce and collaborate with artists across musical genres.