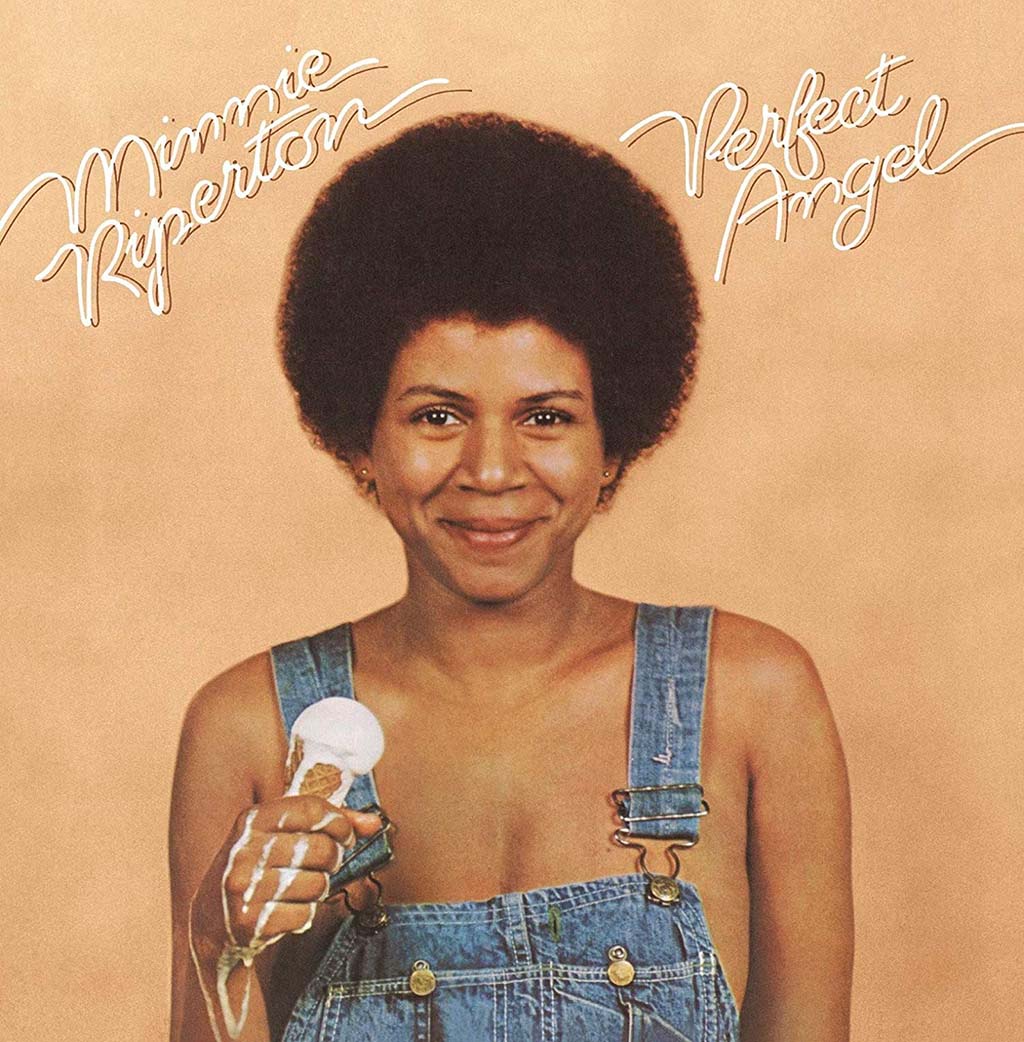 Minnie Julia Riperton-Rudolph, aka Minnie Riperton, was born on November 8, 1947, the youngest of eight children to Thelma and Salleh Riperton and grew up on the Southside of Chicago. Her professional career started as a back-up singer at Chess Records for such legends as Etta James, Bo Diddley, Muddy Waters, and Chuck Berry.

Riperton as a child, studied music, ballet, and drama at Lincoln Center in Chicago and was a trained to become an opera singer. In preparation for a career in operettas and show tunes, she studied under Marion Jeffery. Emphasis was given in diction, breathing, and phrasing. However, other genres of music came calling and drew Riperton to soul, R&B, and rock and pop.

At age 15, Riperton sang lead vocals with the girl group, the Gems. Unfortunately, little success came to the group, but proved to be a good springboard for Riperton’s career. The Gems became the session group under the name, Studio Three, who then provided background vocals for several other artists including Fontella Bass and produced her 1965 hit “Rescue Me”. While with Studio Three, she released the hits, “Lonely Girl” and “You Gave Me Soul.” Riperton became the lead singer of the psychedelic soul group, Rotary Connection, and in 1967 released their eponymous debut album, Cadet Concept, and eventually five additional albums.

In 1970, Riperton released her debut solo album, Come to My Garden, on GRT Records. On the night of December 26, 1970, she was presented by Ramsey Lewis as a solo artist at the famed London House in Chicago at which time she performed several selections from the album. Although the album did not achieve much commercial success, it is considered by music critics as a masterpiece.

Riperton took a two-year hiatus with her husband, composer/ record producer, Richard Rudolph, whom she married in 1969. The couple had two children, music engineer Marc Rudolph and Maya Rudolph of Saturday Night Live fame. Riperton worked with Stevie Wonder as a member of his backing band Wonderlove. Her next album, Perfect Angel (1974, Epic Records), was co-produced by Wonder and husband Rudolph and contained her biggest hit single, “Lovin’ You,” which she co-wrote. The song topped the Billboard pop chart in the spring of 1975. It also charted #3 on the R&B singles chart and #2 on the UK chart.

Minnie Riperton possessed an innate coloratura soprano vocal range giving her the ability to sing in a whistle register, producing a sound almost mechanical. Mariah Carey acknowledged that she was highly influenced by Riperton’s range above the scale.

Diagnosed with breast cancer in 1976, Riperton underwent a mastectomy and continued touring through 1978. She also became a spokesperson for the American Cancer Society campaign (1978-79) and was presented with a society Courage Award by President Jimmy Carter in 1977. Riperton was admitted to Cedars-Sinai Medical Center in Los Angeles and passed away lying in her husband’s arms on July 12, 1979. Her epitaph reads, in part, Lovin’ you is easy ‘cause you’re beautiful.