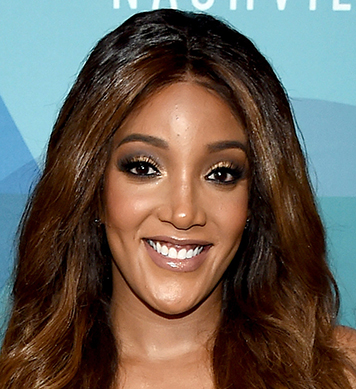 Lyric Contralto and songwriter Mickey Guyton was born in Arlington, Texas, on June 17, 1983, to Michael Eugene Guyton and Phyllis Ann Roddy. However, her name at birth was Candace Mycale Guyton, and she was the second child of four children. As a youth, she sang in Arlington’s Mount Olive Baptist Church Choir where she began patterning her voice after Whitney Houston, Dolly Parton and other celebrated female vocalists. Guyton attended public and private schools in Texas but upon graduating moved to Los Angeles in 2001 to attend Santa Monica College. Guyton first became interested in country music in Texas and continued that exploration in California.

Guyton, currently one of a few Black female country music artists, includes activism in her art as her songs often challenge racial and gender inequality. However, for eight years, she was constantly discouraged from pursuing a career in that genre because of her racial background.

Despite repeated discouragement, in 2011 Guyton moved to Nashville and signed a contract with Capitol Records Nashville after auditioning with a song by Patty Loveless. Since then, her fame has grown. In 2014 she performed at the White House in an all-star concert captured by PBS. She has also been seen on CBS’s This Morning with Gayle King, ABC’s Good Morning America, NBC’s Today, and stories about her have appeared in People magazine, American Voices, and Billboard Magazine as one of country music’s “female game-changers.” Entertainment Weekly called her one of the “new queens of country music.”

In 2015, Guyton’s recording “Better Than You Left Me” made it to the top 40 of the Country chart. It was the single highest rank for a debut single. The following year (2016), she was nominated for her first Academy of Country Music Award for New Female Vocalist and performed during Country Music Television’s “Next Women of Country” that same year. In 2017 in Kauai, Hawaii, she married Grant Savoy, an attorney, and they are the parents of one child, Grayson.

Guyton performed during the Country Music Association’s Songwriters Series in Phoenix, Arizona, in 2019. She also sang in 2020, at the 55th Academy of Country Music Awards at the Grand Ole Opry in Nashville and performed for the live-streamed 45th Gracie Awards in Los Angeles. During the 63rd annual Grammy Awards (2021), her song “Black Like Me” was nominated as Best Country Solo Performance of the year. Guyton’s song simultaneously showed her creativity and artistic talent and sparked concern regarding cultural and social biases experienced by the artist as she openly sang about racial hypocrisy in the United States.

In 2021, Guyton became the first African American woman to host the Academy of Country Music Awards. Her “Black Like Me” single was officially released on June 1, 2020 and became her top selling hit when she performed it at the 63rd Annual Grammy Awards on March 14, 2021.