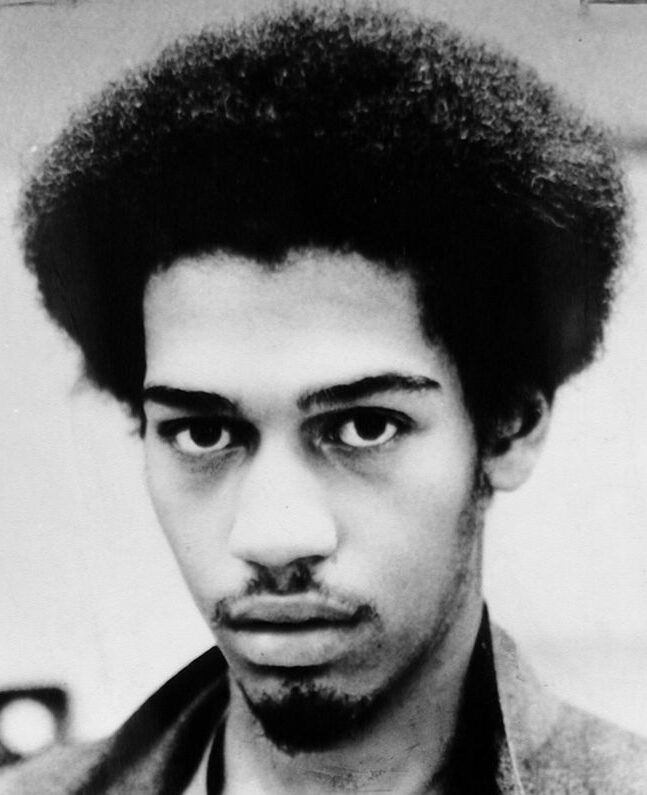 Michael Stewart was a New York City graffiti artist who died following an incident with the city’s transit police. Although not much is known about his early life, Stewart’s death entered the media on September 15, 1983 at 2:00 a.m. He was accused of writing on the subway station wall with a felt-tipped marker. One hour later, Stewart arrived at the police station with three arresting officers hogtied, covered in cuts and bruises, and unconscious. Stewart was taken to the hospital in a coma. He died 13 days later, having never regained consciousness.

When several students from the Parson’s School of Design reported that they witnessed Stewart’s beating from their dormitories, officers John Kostick, Henry Boerner, and Anthony Piscola were charged with criminally negligent homicide, assault, and perjury.

The court case experienced several complications, and ultimately the all-white jury only charged John Kostick for perjury. The other officers were declared not guilty on all points. The most poignant impediment was the city medical examiner Dr. Eliot Gross’ conflicting reports for the cause of death. Dr. Gross initially cited the cause of death to be cardiac arrest, which would have been unrelated to the injuries sustained. But a month after the initial proclamation he changed the cause of death to a spinal injury, which would have directly related to the abuse before Stewart’s arrival at the hospital. He later said that he changed his verdict for fear of public backlash. The three medical experts called to the witness stand during the case all gave different reports for the cause of death: asphyxiation from a blow to the neck, cardiac arrest from a blow to the side or chest, or intoxication and blunt-force-trauma.

The prosecution brought forward forty-eight witnesses, twenty-three of which were Parson’s students. The defense brought no witnesses forward during the case. Unfortunately, due in part to the conflicting reports of the medical examiners and the inability of the Parson’s students to identify a specific officer, the jury acquitted the officers on both the use of excessive force and official misconduct charges.

Michael Stewart’s case is one of many listed in the struggle against the unequal treatment of African Americans in the medical and legal system. Stewart’s attorney noted that every person in the courtroom was white. The only person of color was Michael Stewart. Steward could no longer speak for himself and the Medical examiner seemed to be confused about how Stewart died. One writer famously called Michael Stewart “the man nobody killed.”

Today, Stewart’s death continues to inspire graffiti artists and the general public to protest police brutality and create works of art that challenge Americans to reevaluate their society.