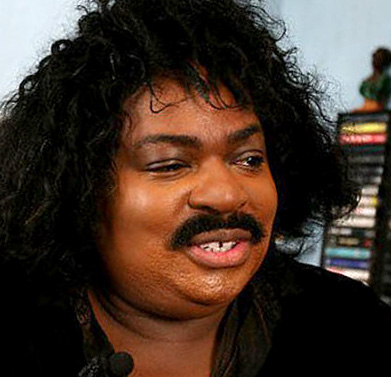 Composer, librettist, and pianist Michael D. Raphael was born January 12, 1952, in Norfolk, Virginia, to Latham Hill, Sr., a factory worker, and Lillian Walton Hill, a trained social worker. His name at birth was Michael Hill. He grew up in the mostly Black town of Berkley, Virginia and had an older brother and a younger sister. A precocious child, Raphael began studying painting at six with A.B. Taylor, Professor of Art at the then Norfolk Division of Virginia State College (Now Norfolk State University), and music with Berkley’s noted piano pedagogic Sarah Hathaway. He also studied music at Abraham Lincoln Elementary School and was active in the Marching Band and Orchestra at Campostella Jr. High and Maury High School in Berkley. Raphael graduated from high school in 1970.

In 1974, Raphael received the Bachelor of Music concentrating on Composition, Musicology and Theory from the University of Cincinnati College-Conservatory of Music. After leaving the conservatory, he returned to Norfolk where he composed Children of the Night, a full-length musical about homeless youths.

Raphael was a politically conscious composer. He steeped his operas, musicals, chamber songs, and ballets in the painful or joyful tales of Black history believing that the Fine and Lively Arts were liberating for the Black community.

In 1986, Raphael began working on the opera Nat Turner about an enslaved person in Surrey, Virginia, who led a rebellion in 1831 and was later executed. Raphael completed the music and the libretto for Nat Turner in 1996. In 1994, he traveled to Christiansted, Virgin Islands, where he presented his composition “Epoch,” to be danced by Street Theatre Dance Ensemble at Island Center for the Performing Arts.

Several of his operatic compositions were performed by the Topeka (Kansas) Symphony Orchestra and sung by famed operatic bass Kevin Maynor. Also, he composed and published a CD of 17 Jazz Hymns in 2001.

From 1990 to 2015, Raphael spent his Sundays as a pianist at the Worship Services at Eastern State Hospital in Williamsburg, Virginia. There he played traditional hymns and Art Songs but was also allowed to perform his original compositions. During this period, Raphael also worked part-time as a library associate at the Larchmont Branch of the Norfolk Public Library to defray his living expenses as a composer.

In 2013, Raphael produced three operas: the Three Mayors based on three Black mayors in Newark; Emmett Till about the teenager who was murdered in Mississippi in 1955 for allegedly whistling at a white woman, and Steve Biko, the South African anti-apartheid activist, beaten to death by authorities in 1977.

Raphael’s last opera, Garvey, about the life of the Jamaican political leader, was performed at the New Jersey Performing Arts Center in 2015 and at the Science Theater in Newark in 2018.