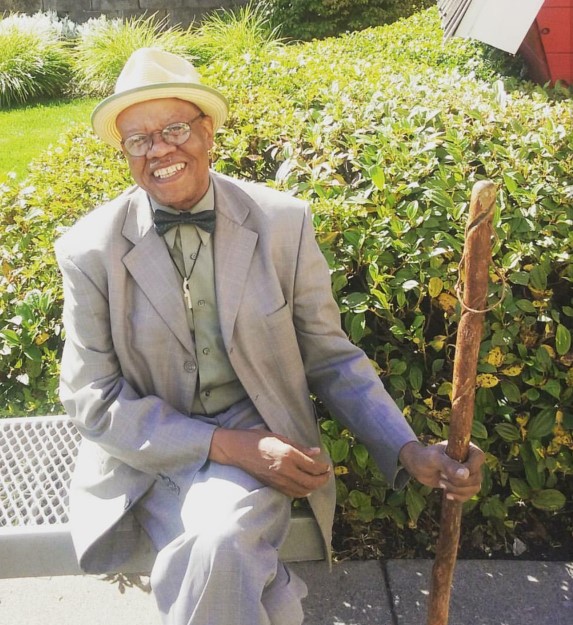 Best known for his role as President of the Pacific Northwest Black Community Festival, Michael Leroy Taylor spent most of his life working and volunteering in the two communities he lived in: Monroe, Michigan, and Seattle, Washington. Born in Monroe, Michigan on June 26, 1950, Taylor was the eldest of six children to James Leroy and Virginia (Aaron) Taylor. Growing up in Monroe, his community work began while in high school where was employed part-time as a counselor at the Arthur Leslow Community Center. There, even though he was a teenager, he coached young men’s baseball and basketball teams. In 1968 he graduated from Monroe High School. During the late 1960s and early 1970s, Taylor was active in the Monroe Local Chapter of the Black Panthers.

The entire Taylor family, including his fiancée Audrey Johnson, moved from Monroe to Seattle in 1975 after his mother’s brother Phillip Aaron visited during the summer of 1975 and convinced Michael’s mother to move the family to Seattle. In September 1975, Taylor attended South Seattle Community College before transferring to Washington State University (WSU) in 1977. His interest in social issues grew while attending Washington State University.

During his time at WSU, Taylor quickly became a known activist and leader. He served as President of the WSU Black Student Union and statewide Black Student Union. He was an active participant in and organizer of Apartheid protests in the late 1970s while at WSU, which eventually led to WSU divesting from their South African holdings.

Taylor graduated from WSU in 1979 with a Bachelor of Arts degree in Black Studies and then returned to Seattle. He went to work for the Boeing Company in 1986 and retired from the Company in 2006.

Taylor’s passion, however, was for community service. He worked for the Boys and Girls Club, the YMCA, and The Girls Club, serving Seattle youth through mentorship and enrichment activities. He also worked for and performed public relations for the Randolph Carter Industrial workshops.

After retiring from his role as President in 2010, Taylor became an advisor to the Black Festival Association which sponsored the festival that is now known as UmojaFest.

Michael Leroy Taylor died on Saturday, May 23, 2020 in Tacoma, Washington. He left behind a widow, Audrey Johnson-Taylor, and one child, daughter Kamila Taylor.