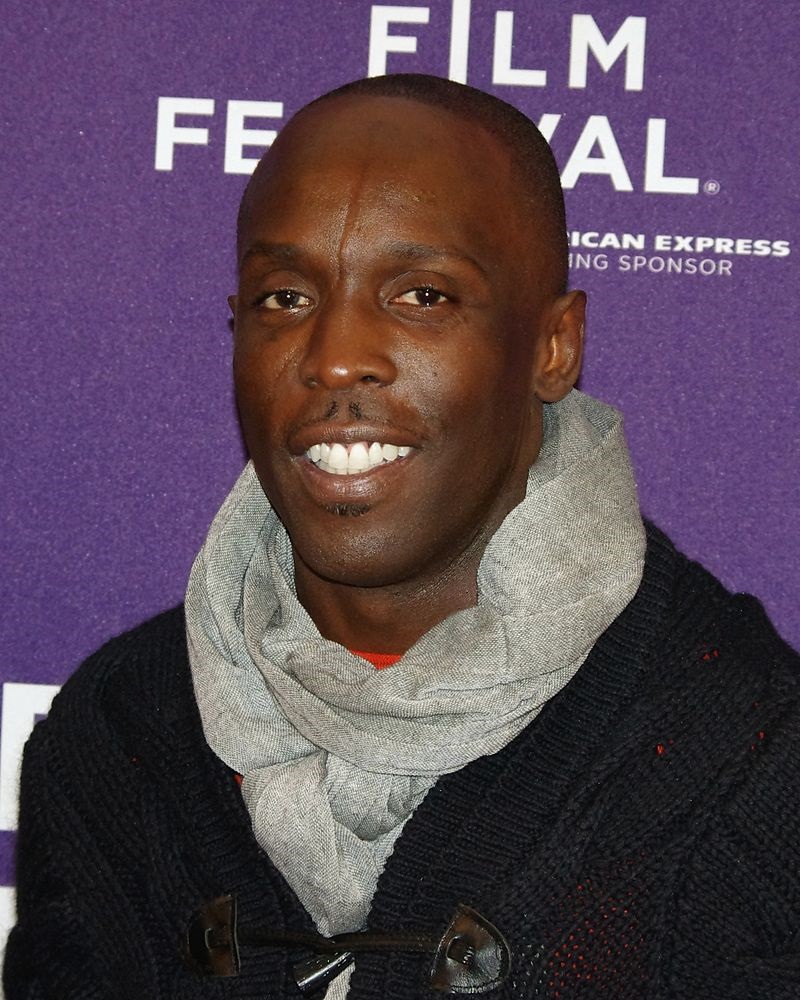 Michael Kenneth Williams was an American actor who was best known for playing the role of Omar Little in the HBO hit TV series The Wire. Williams was born on November 22, 1966 to a Bahamian mother, Paula Williams and an American father, Booker T. Williams from Greeleyville, South Carolina. Williams was raised in the Vanderveer Projects in East Flatbush, Brooklyn. As child, he was molested, and that experience left him confused about his sexuality.

Williams attended George Westinghouse Career and Technical Education High School in Brooklyn. He also enrolled in acting classes at The National Bank Theatre in Harlem, New York. Williams also worked odd jobs including for a time at Pfizer pharmaceuticals. After being cast in Janet Jackson’s “Rhythm Nation 1814” music video, he left school and his job to pursue his career as a dancer. Williams was homeless during this time as he visited record labels and dance studios looking for work. Williams eventually found work as a background dancer with singer Kym Sims. He also appeared as a background dancer for George Michael and Madonna in their 1994 video, “100% Pure Love”.

Williams’ acting career began in 1996 when he appeared in the movie Bullet with Tupac “2Pac” Shakur and Mickey Rooney and later that year in Bringing Out the Dead with Nicholas Cage. Williams’s major acting break came on the HBO television show The Wire which premiered in 2002. He landed the role of Omar Little, a gay stick-up thief who robbed other criminals. Little’s character was based on Donnie Andrew, a Baltimore armed robber and murderer.

Williams’s portrayal of Omar Little was praised by USA Today and The Baltimore Sun. In 2007, he won an NAACP Image Award for Outstanding Actor in Drama Series. Despite the positive praise of the Omar character by many movie critics, there was concern among some that his character was also gay.

Michael Williams made other appearances on shows including Law and Order, The Sopranos, CSI: Crime Scene Investigation, and Boardwalk Empire where he starred as Chalky White, a gangster from 2010 to 2014.

Other Williams’s credits include Doing Hard Time (2004), I Think I Love My Wife (2007), Miracle at St. Anna (2008), Brooklyn’s Finest (2010), 12 Years, A Slave (2012), and Bessie (2015). Williams also appeared in music videos including Young Jezzy’s (Now Jezzy) music video “Bury Me A G.” Williams also received five Emmy nominations between 2015 and 2020 and was nominated for five NAACP Image Awards. He won an Independence Spring Award for his role in Inherent Vice and a Critics Choice Award Black Reel Award in 2021 for Outstanding Supporting Actor in the drama series Lovecraft Country.

On September 24, 2021, Williams was found dead in his apartment in Williamsburg, Brooklyn by his nephew. Later that day the New York City Office of Chief Medical Examiner confirmed that Williams died of a drug overdose of a combination of fentanyl, heroin, and cocaine. He is buried at the St. Stephan’s Episcopal Cathedral in Harrisburg, Pennsylvania. Williams was survived by one son, Elijah Williams.