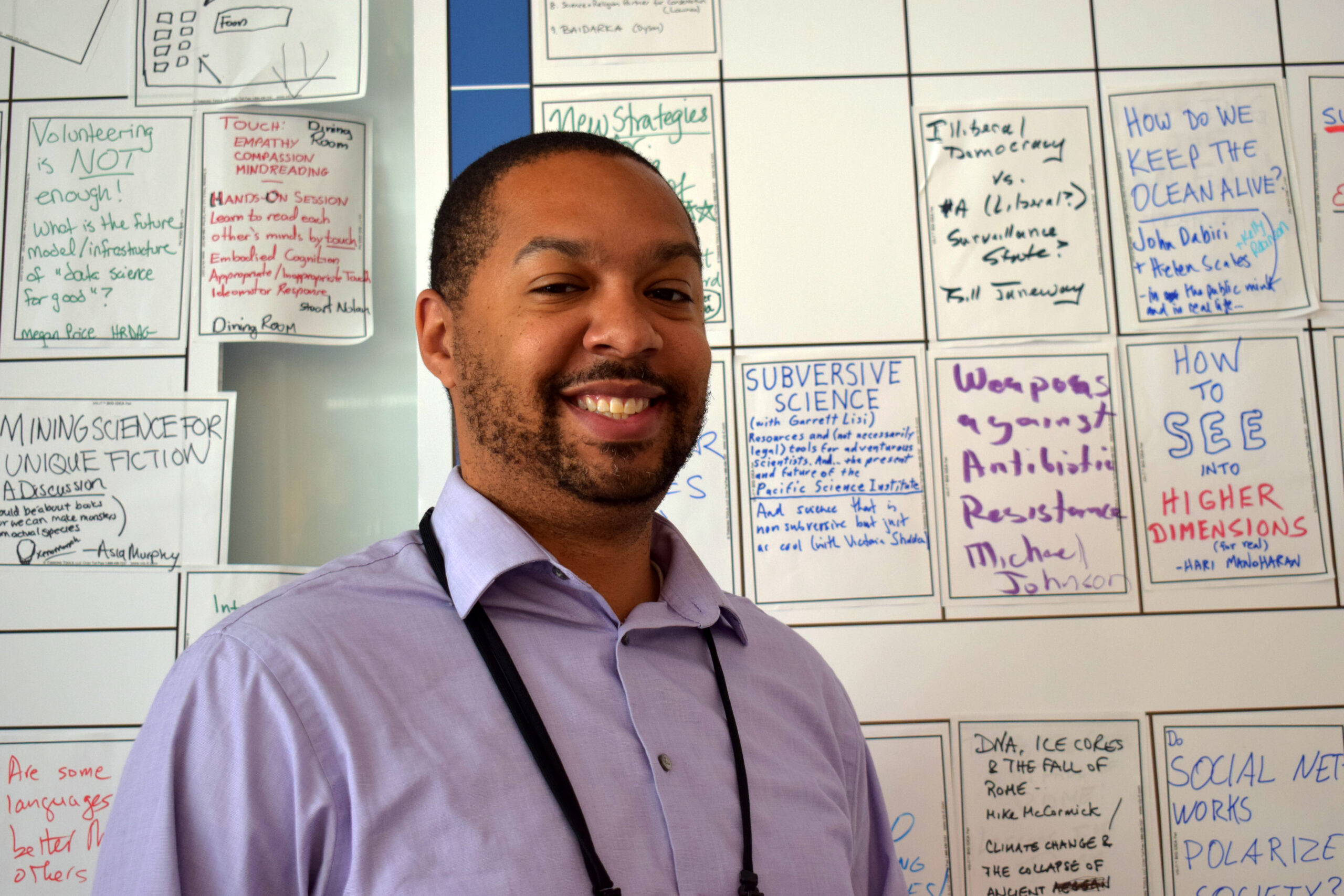 Dr. Michael Johnson, microbial biologist and immunobiology professor at the University of Arizona, is currently researching the efficacy of copper as an inhibitor of coronavirus’ spread and replication. Johnson was born in 1982 into a single-parent household in Chicago, Illinois. His academic journey began at Whitney Young Academic Center on the southside of Chicago, and he went on to graduate from Whitney Young Magnet High School in 2000. Later that year, Johnson moved to North Carolina with the intent of studying veterinary medicine at Duke University.

Ultimately deciding against the pre-vet track, Johnson graduated with a Bachelor of Arts in Music in 2004. Then, redirecting his academic focus to pharmacology, he worked as a research technician at the University of North Carolina at Chapel Hill (UNC) Frelinger Laboratory until the summer of 2006. At that time, he was accepted as a doctoral candidate at UNC and pursued a Ph.D. in Biochemistry and Biophysics. While there, he served on the Executive Committee of Biological and Biomedical Sciences Program and researched bacterial responses to calcium for his dissertation.

After receiving a Ph.D. in 2011, Dr. Johnson moved to Memphis, Tennessee and served as a post-doctoral fellow at St. Jude Children’s Research Hospital. Working in the Department of Infectious Diseases, he studied the metal homeostasis of Streptococcus pneumoniae (spiral bacteria) and the mechanisms of protein phagocytosis (ingestion). This research continued until early 2015, when he transitioned to the Department of Immunology.

Dr. Johnson’s contributions to science extended beyond the lab. Dedicated to connecting in-school learning to real-world science, he created Science Sound Bites in 2014, a podcast consisting of short interviews with researchers that teachers can use as a supplement to their lessons. In the same year, he also founded his Black Science Blog with a similar mission: simplifying science for general audiences. Further, as the Vice-Chair of Outreach on the Postdoctoral Leadership Council from 2013 to 2015, Dr. Johnson founded DNA Day Memphis, a local event sharing genetics and genomics advances with youth through hands-on learning. Under Dr. Johnson’s lead, the event has expanded to other cities in the U.S., reaching hundreds of children annually.

In July of 2016, Dr. Johnson was appointed Assistant Professor in the Immunobiology Department at the University of Arizona and maintains this position today. Outside of teaching, he runs the Johnson Lab, building on his past research into interactions between bacteria and metals. Currently, the lab is investigating how metal compounds (specifically copper) bind to the coronavirus, stopping or slowing its progression. To aid in these efforts, Dr. Johnson has partnered with Dr. Koenraad Van Doorslaer, an on-campus virologist who is working to test the effectiveness of Johnson’s compounds using his existing systems.

In addition to his ongoing COVID-19 research, Dr. Johnson has also pledged to help minority communities during the pandemic through outreach. In the summer of 2020, Johnson launched the National Summer Undergraduate Research Project, a two-month program that connects minority undergraduates with virtual research mentors in the microbial sciences.

Dr. Michael Johnson is married to his wife of 15 years, Elisha. The Johnsons have two daughters together: Michaela, 11, and Camille, 8.