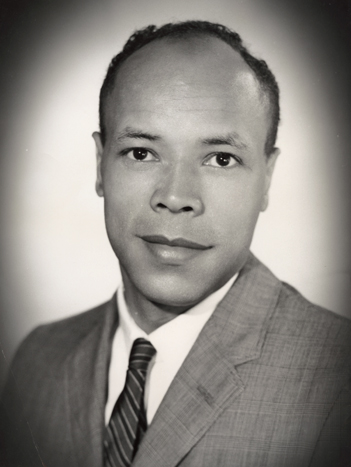 Meredith C. Gourdine was an American engineer, athlete, and inventor. He primarily focused on electrogasdynamics systems which refer to generating energy from the motion of gas molecules that have been electrically charged under pressure. He is considered a pioneer in the field and specialized in inventing techniques for electrogasdynamics systems.

Gourdine was born in Newark, New Jersey, on September 26, 1929, and grew up in Brooklyn, New York. He graduated from Brooklyn Technical High and attended Cornell University, where he ran track. Gourdine won a silver medal for the long jump in the 1952 Summer Olympics in Helsinki, Finland. He graduated from Cornell University in 1953 with a Bachelor of Science in Engineering Physics.

After graduating, Gourdine served as a U.S. Navy Officer before continuing his studies at the California Institute of Technology (Caltech), where he received a Ph.D. in Engineering Physics in 1960. During his last three years in graduate school, Gourdine worked as a senior research scientist at the Caltech Jet Propulsion Laboratory and was a Guggenheim fellow.

Upon graduation, he became lab director at Plasmadyne Corporation before becoming a chief scientist at the Curtiss-Wright Corporation in 1962. After years of working in the private sector, Gourdine founded his research and development firm in 1964 called Gourdine Laboratories in Livingston, New Jersey, and in 1973 he founded Energy Innovation in Houston, Texas, which created direct-energy conversion devices that converted coal to high voltage energy. Gourdine is best known for inventing an engineering technique called “Incineraid,” which disperses heat from buildings, a technique later used to disperse fog from airports. Gourdine also focused on heating and cooling systems, and this led him to invent the Focus Flow Heat Sink, which is used to cool computer chips. He was granted patents for both of these inventions in 1987 and 1994 respectively and accumulated a total of 30 patents in his lifetime.

In 1991, Gourdine was elected to the National Academy of Engineering, and in 1994 he was inducted into the Engineering and Science Hall of Fame in Dayton, Ohio. Towards the end of his life, Gourdine had diabetes, causing him to lose his leg and sight; however, he continued his work as an inventor at Energy Innovations until his death. Gourdine suffered from a stroke and died at age 69 on November 20, 1998. He is survived by his wife Carolina Bailing, his son Meredith Gourdine, his four daughters, Teri, Traci, and Toni Gourdine, and his five grandchildren.