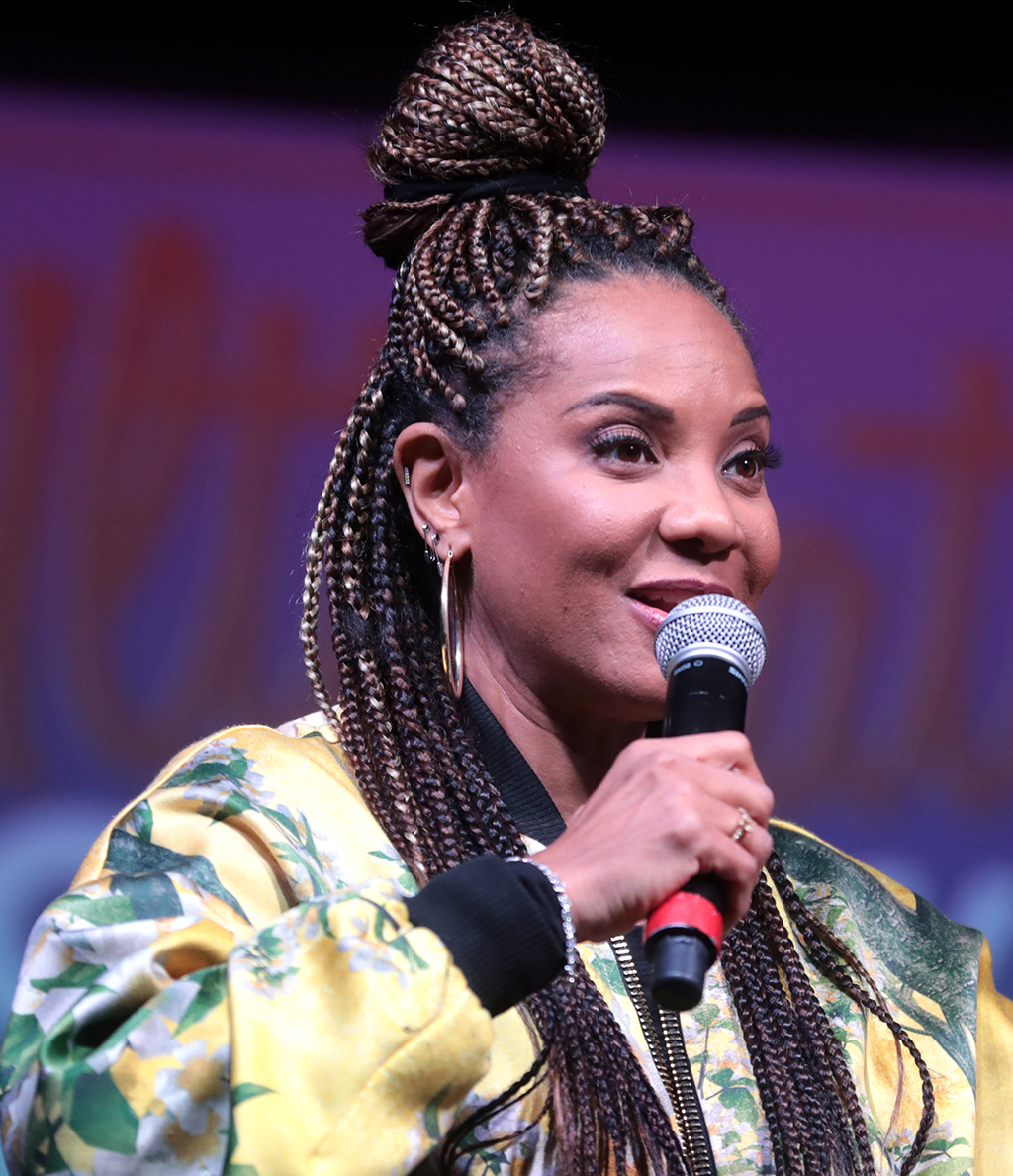 Lana Michele Moorer is an American DJ, rapper, and actress best known under the stage name MC Lyte. Moorer was born in Brooklyn, New York on October 11, 1970, and by the age of twelve she began rapping using her book of poems and rhymes, under the name Sparkle. Moorer attended high school with neighborhood friends Kirk “Milk Dee” and Nat “Gizmo” Robinson, who invited her to audition at the age of fourteen. She changed her stage name to Red, and then Lyte, before settling on MC Lyte, and signed her first contract with First Priority under Atlantic records in 1986.

In 1987, Moorer released her first single “I Cram To Understand U (Sam),” a song written when she was twelve. She was the first solo female rapper to release a studio album when her Lyte As A Rock, appeared in 1988. Later that year Moorer made her first appearance on a remix and music video on the MTV cable network when she performed “I Want Your (Hands On Me)” with Irish singer Sinead O’Connor. Her second album, Eyes On This (1989), featured the single “Cha Cha Cha,” which spent eighteen weeks on the Billboard charts. The same year Moorer joined other rappers in the Stop The Violence Movement and in 1990 she became the first rap artist to perform at Carnegie Hall in New York.

The third album released, Act Like You Know, in 1991, peaked at number fourteen on the top R&B/ Hip-Hop charts. Later that year Moorer was involved in another socially conscience movement with the collective HEAL (Human Education Against Lies), lending her voice on the single “Heal Yourself”. The collective included Big Daddy Kane, Queen Latifah, Run-DMC, and LL Cool J.

In 1991 Moorer made her acting debut in an off-Broadway theater play, and her film debut in the 1993 movie, Fly By Night. Her fourth album, Ain’t No Other, was released in 1993 and the following year she became the first female rap artist to be nominated for a Grammy for her single “Ruffneck.” Moorer released her fifth album, Bad As I Wanna Be, in 1996 which was a production of her new global entertainment firm, Sunni Gyrl Inc. The Underground Heat was released in 2003 and included the single “Ride Wit Me” which earned Moorer a Grammy nomination for Best Female Rap Vocal Performance at the BET awards in 2004. Her song, “My Main Man,” was featured in the NBA Live 2005 video game.

In 2006, Moorer launched Hip Hop Sister Foundation, which awards two annual $100,000 scholarships to high school graduates who attended the University of Wisconsin for four years. Her Los Angeles boutique, Shaitel, was opened in 2008 and in 2013 Moorer received the Lifetime Achievement Award at the 2013 Hip Hop Inaugural Ball. She was also the first female solo Hip Hop artist to achieve BET’s “I Am Hip Hop” Icon Lifetime Achievement Award. Moorer released her eighth album, Legend, in 2015.

Moorer met her husband, Marine Corps Veteran John Wyche, on the dating website E-Harmony. The couple got engaged in May 2017, and were married in August 2017, in Montego Bay, Jamaica. She currently co-hosts a weekly nationwide radio show on Sirius/ XM called Cafe Mocha.