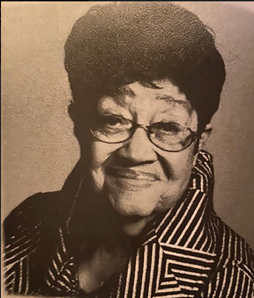 AIDS caregiver and activist Mavis Thompson-Blaize who practiced medicine and provided community services for more than five decades, was born in Newark, New Jersey, on June 20, 1927, to parents who migrated from Jamaica. After graduating from Hunter College High School in New York City in 1945, Thompson enrolled in Hunter College, part of the City College of New York System, and received a Bachelor of Arts degree in chemistry in 1949. She then earned a Doctor of Medical degree after graduating from Howard University College of Medicine in 1953. Thompson completed a residency in Internal Medicine at Kings County Hospital in Brooklyn and practiced privately in New York City until 1995.

In 1954 Thompson married James Blaize who was born on the Caribbean island of Grenada. The couple had five children and eventually seven grandchildren.

In 1987 Thompson-Blaize developed one of the first black church-based innovative programs in the nation to assist HIV patients. From her medical training she had an accurate understanding of the ability of the virus to multiply rapidly, making it difficult for the body’s immune system to combat infections and cancers that accompanied it. She also understood that the disease was a particular threat to economically less fortunate black and brown New Yorkers.

The church, St. George’s Episcopal Church in the Bedford-Stuyvesant neighborhood of Brooklyn already had a foundation in HIV treatment that Thompson-Blaize continued to develop. She understood stigma in the black community that was attached to the disease in the 1980s and worked hard to change community attitudes toward the disease even as she provided critical care to her patients.

Thompson-Blaize worked part-time with the Medical Division of the New York City Board of Education and a per diem physician until 2006. Inducted into Delta Sigma Theta Sorority Incorporated in 1958, Thompson-Blaize encouraged the sorority to support her anti-AIDS activities in Brooklyn. Her work in this area led to become connected with a number of organizations fighting to improve the health of members of her community including the Board of Directors of the Episcopal Health Services, Board of Directors of Brooklyn Plaza Medical Center, President of the Black Caucus of Health Workers of the American Public Health Association, National Medical Association, Manhattan Central Medical Society, and the Susan Smith McKinney Steward Medical Society. She was also a member of the advisory Board of Episcopal Charities of the Diocese of New York, and a member of St. George’s Church from 1959 until 1995. After relocating to Riverdale, she served as a Lay Reader for 15 years at the Bronx’s Christ Church.

Thompson-Blaize was the recipient of a plethora of awards and accolades for providing support in the campaign against HIV-AIDS including the Bishop’s Cross from the Diocese of Long Island, Outstanding Lifetime Achievement, and Trailblazing Legacy Award from the Susan Smith McKinney Steward Medical Society in 2014. She was celebrated by the Mentoring in Medicine Family in 2019.

Mavis Thompson-Blaize, despite her own battles with severe heart disease and cancer during the last five years of her life, continued to fight to improve health outcomes in underserved communities. She died in New York City on August 31, 2020 at the age of 93.