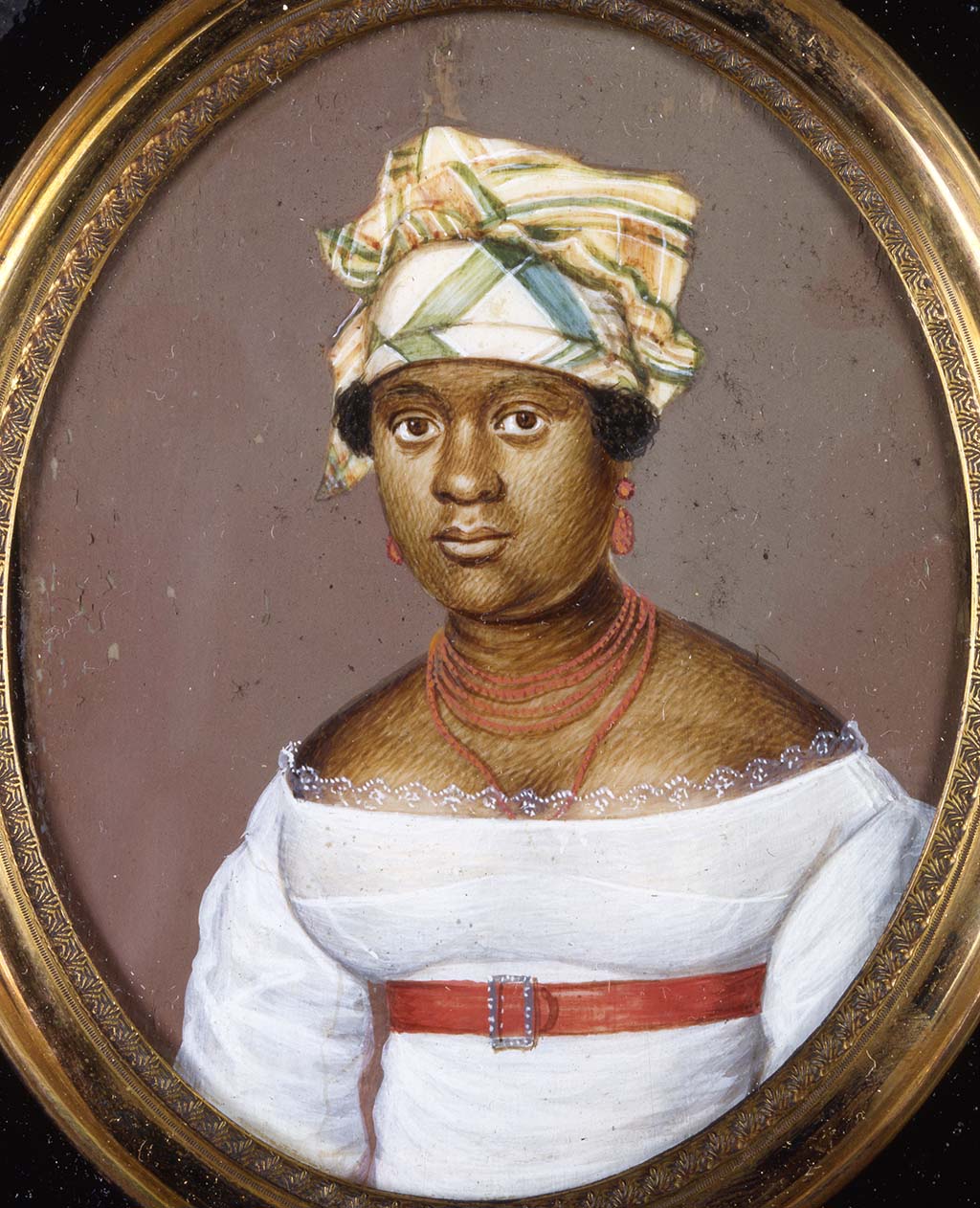 The registry of nuptials for St. Peters Church in New York City lists an entry for August 5, 1811 for Pierre Toussaint to Mary-Rose Juliette Noel. The bride and groom were former slaves, brought to the United States by their slave owners who were themselves escaping the Haitian Revolution. Pierre and Mary-Rose Toussaint would become one of the most prominent African American couples in antebellum New York City.

Juliette Noel, twenty years younger than Pierre, was born in Saint-Domingue (Haiti) likely in 1791. The Noel family came to Baltimore with their slave owners at some point during the Haitian Revolution. Juliette was 17 at the time of the wedding but little is known about the couple’s meeting or courtship. Pierre paid for Juliette’s manumission in the months leading up to the wedding.

In 1815, the couple adopted Euphemia, the daughter of Pierre’s sister Rosalie, who died of tuberculosis shortly after giving birth. Childless, they raised her as their daughter. Tragically, Pierre and Juliette lost their adopted daughter at age 14 from the same infection that took Rosalie.

In the same year, 1815, Pierre received news that his godmother, Aurora Berard with whom he has been separated by 25 years was unmarried, living in Paris, and struggling financially. Juliette and Pierre helped by sending her crepe dresses and madras kerchiefs. They also debated joining Aurora in Paris but ultimately chose to stay in New York City since Pierre, one of the most prominent hairdressers in city, would not be able to replicate his client list in the French capital.

Pierre’s income allowed the Toussaint couple to live comfortably. Juliette traveled to Baltimore occasionally to visit her cousin, Fanny Montpensier. Yet through philanthropy, they placed much of their wealth at the service of those in need. The family home at 105 Reade Street in a racially integrated middle-income neighborhood in the 4th Ward, became an infirmary during yellow fever outbreaks for the sick rescued from streets near the New York City harbor. Juliette also nursed and cared for homeless youngsters whom her husband encountered.

Many Catholic institutions were objects of their largesse. They were lead donors in the construction of St. Patrick’s Old Cathedral on Mott St. and the original French church, St. Vincent de Paul on Canal St. But there were also secular causes they supported. When the Meeting Hall of the New York African Society for Mutual Relief was constructed on Orange Street in 1820, Juliette was listed as the donor of the site. This gift of property, secured through Pierre’s earnings, illustrated their considerable wealth when most blacks (and whites) in the city were impoverished. It also showed the couple to be partners in charitable endeavors.

Mary-Rose Juliette Noel Toussaint died on May 14, 1851. At the request of the now widowed Pierre, African American friends of the family followed her coffin on foot, from St. Peter’s Church on Barclay Street, up Broadway to burial in the churchyard of St. Patrick’s Old Cathedral. Whites in attendance took their carriages to the cemetery, a distinction between the mourners insisted upon by Pierre. All congregated at the Toussaint family burial plot where little Euphemia had been laid to rest in 1829. In 1853, Juliette’s life partner, Pierre died and was interred in the same plot.