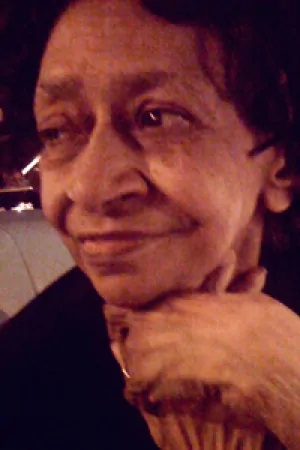 Marion Stokes, best known for her collection of television news recordings, was born on November 25, 1929 in the Germantown section of Philadelphia, Pennsylvania. She graduated from Girls High in Philadelphia and worked as a librarian for the Free Library of Philadelphia from the 1940’s to the 1960’s. She became a civil rights activist, involved in the efforts to integrate Girard College, and she was the Chair for the Fair Play for Cuba Committee, a national organization opposed to the economic boycott of that country. Butler also helped organize five buses from Philadelphia for the 1963 March on Washington, and was on the founding board of the National Organization for Women (NOW).

During her lifetime, Butler was married three times. In 1960, she married teacher Melvin Metelits and the couple had one son together. Butler was an early investor in Information Technology companies. She loved Macintosh computers and would gift one to people she knew heading off to college. After returning to Philadelphia, she took a job as a panelist on a local news show called Input (1967-1969). The anchor of the show was John Stokes, a wealthy man who soon asked Butler to marry him.

The couple and their children moved into a building in Rittenhouse Square, while also maintaining a home in Boston and the new Mrs. Stokes bought her first Betamax recording machine. She began casually taping her favorite shows but something during the 1979 Iran Hostage Crisis ignited a passion in her. She was convinced that early reports did not coincide with later ones and that a cover-up was in effect. Stokes then began a three-decade effort of taping all the news that she could. She had eight televisions and recorders stationed throughout the family homes that were on 24 hours a day.

Stokes bought and labeled tapes and then stored her work. She often woke up early to record or came home during the day to check on her work. She cut dinners short to get home to change tapes. When she became too old to keep up with her work, Stokes hired an assistant and trained him to run the tapes for her.

Marion Stokes died at her home in Germantown of lung disease at the age of 83, on January 3, 2012. It was the first time her televisions were turned off in years.

By the time of her death, Stokes had three apartments and numerous storage units in two states filled with thousands of tapes. She left everything to her only son, Michael Metelits II, who founded the Internet Archive, a non-profit organization based in San Francisco, California, which was willing to accept the remarkable collection upon successful completion of testing for quality. The collection includes from Boston news shows from 1977 to 1986 and Philadelphia news shows from 1986 to 2012. The over 800,000 hours on 40,000 tapes were shipped in December of 2012 to Roger MacDonald, a librarian who runs the television portion of the Internet Archive. Stokes also amassed a collection of over 200 new-in-box Macintosh and Apple computers now available on eBay.